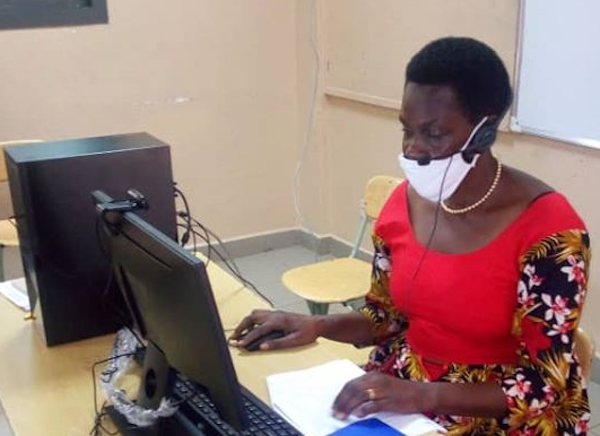 Disgruntled parents of Kampala Parents School (KPS) have petitioned government to intervene and renegotiate the huge fees imposed on their children to access online learning platforms.

The parents say it is appalling to learn that the school has not bothered to call an engagement meeting on the new facilitation fees for online classes.

Irked by the levies amidst the ongoing closure of schools, the parents unanimously agreed to call for the intervention of the ministry of Education and Sports. In a letter dated June 18 to the ministry, parents say the school is demanding online facilitation fees equivalent to 100 per cent school fees termly payments.

“The Parents Advisory Board (PAB) has provided guidance advocating for the parents but instead, you [administration] have threatened and continue to order parents through circular and invoices,” reads the letter.

“Whereas the directors feel entitled and empowered to demand and threaten parents as they wish, we would like to remind them that this once mighty school existence depends on the goodwill of its short- and long-term customers/stakeholders who are us- parents and guardians of KPS.”

In the circular/invoice dated June 17, KPS’ financial controller asked a parent with a primary six pupil to pay Shs 1.85m to enable the child continue with online learning. The invoice further indicated that the non-refundable payment must be effected by July 2020 to facilitate online learning. Several invoices were issued to various parents who kept sharing each via the parent’s WhatsApp groups.

“For perspective, the school is demanding for a range of Shs 1.75m (lower primary) to Shs 1.95m (P7) per child to facilitate [online] classes without fully exhausting similar fees that had been paid up 100 per cent of the first term,” reads the letter seen by The Observer.

The letter added that since the closure of schools in March, the school administration made very limited effort to engage parents and learners on how to keep them busy during the unexpected ‘holiday’.

“A few televised lessons were undertaken targeting mostly P7 pupils (which now appear to be more of an advertisement for the school) leaving the rest of lower classes out. No extra workbooks or revision notes were provided by the school beyond the one provided on March 20,” noted the letter.

It added: “We were very frustrated as parents to learn that we had to pay extra fees to the KPS ZOOM online classes which were to commence on May 25. It was only after a lot of noise that the school allowed all learners to access these classes.”

According to the letter, parents show that they have already exhausted their savings by procuring computers/laptops, internet to enable the ongoing Zoom lessons, stationery, meals, among others and cannot shoulder the extra fee to facilitate virtual learning. A parent on one social WhatsApp group created to sort the matter noted that: “It’s simply ridiculous and extremely exploitative. Sometimes, the connections are not clear and I don’t see it being a viable option.”

At the beginning of term one 2020, Kampala Parents charged Shs 1.65m for pre-school, Shs 1.85m for P1 to P6 and Shs 1.95m for P7 learners. Learners in pre-school to primary two who wish to stay for daycare service pay an extra Shs 400,000 on top of their fees. While parents agreed to proceed with the online lessons, they want the school to first reconsider their “harsh stance” and negotiate a reasonable fee.

By Wednesday last week, parents awaited to receive a formal response from the ministry but this did not happen. On June 27, one of the parents’ representatives on PAB communicated that they are still awaiting responses from the ministry and the school administration.

“As PAB, we are not quiet but we have not received any feedback. We shall not be cornered to negotiate anything [online fees] without the input of parents,” reads the representative’s response.

0 #1 Larry james 2020-06-30 18:13
Try horizon college Jinja. Think about the fact that Jinja has a very poor economy except for Indians with factories, whites with NGOs.

A 4 year old pays 800 dollars a term and a 7 year olds pays 1100 dollars. Jinja needs more competitive schools. Local schools with international school levels.
Report to administrator
+2 #2 Akot 2020-06-30 18:16
What is disturbing is that the cry is for services that only benefit -2% of children, while the rest are left out!

Ensuring good governance to give chance to National Education for ALL children, thus means/knowledge of how to develop, must come first!

Without good governance & National Education, there would never have been 'developed world'!

Ugandans should by now know the first thing to do, if they want a real future for their kids, is CHANGE & ensuring reformed republic/independent tribal lands are well run!

How is it normal for people to beg government for services when tax money is to ensure public/social services & good Education for ALL kids must come first?
Report to administrator