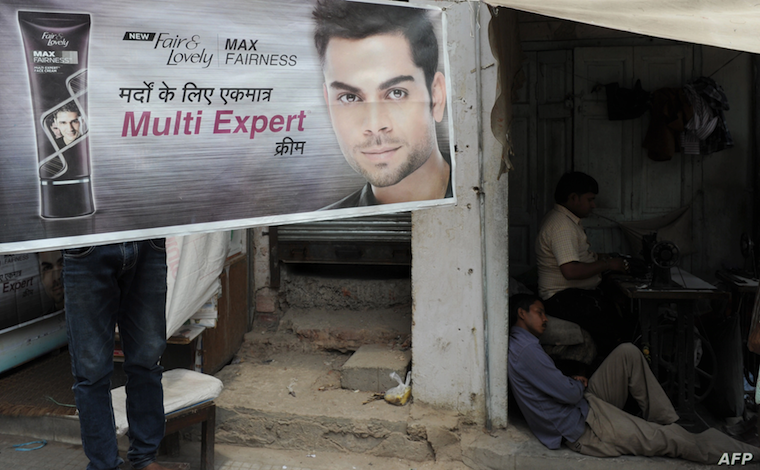 The Black Lives Matter campaign sparked by the death of George Floyd in the United States has resonated in an unusual area — skin lightening beauty products that have become hugely popular in India and other Asian countries.

Consumer giant Unilever has announced it will change the name of its popular Fair and Lovely cream that has long been criticized for promoting the stereotype that light-coloured skin is more desirable.

"We recognize that use of the words 'fair,' 'white' and 'light' suggest a singular ideal of beauty that we don't think is right and we want to address that," Sunny Jain, the president of Unilever's beauty and personal care division, said in a statement Thursday.

Unilever's Fair and Lovely was a hot-selling cream in India, occupying pride of place on shelves in stores and becoming a household name, not just in cities, but also in villages.

Activists who had slammed such products for reinforcing biases about dark skin welcomed the company's move as a significant first step but questioned if rebranding the cream would be enough.

"It's a milestone for us," said Kavitha Emmanuel, who launched "Dark is Beautiful," an advocacy campaign against colourism, in 2009. "It looks like the narrative has changed, but we are yet to see how it will take shape. Is dropping the word 'fair' enough?"

Skin-lightening products constitute a multi-million-dollar industry in parts of Asia and Africa, with many leading cosmetic companies cashing in on a lucrative market that taps into the notion that lighter skin equals beauty — a preference that many trace to an era of colonial rule in Asia.

But a backlash against such products has been mounting for some time with activists saying that colourism was as discriminatory as racism.

Emmanuel, who runs the non-profit Women of Worth, began the campaign against skin-lightening products after witnessing how messaging around them contributed to low self-esteem among brown girls in India.

"In our counselling and workshops we found that it was so traumatic that it affected not just their confidence, but also their relationships, their marriage, even the workplace."

While companies selling skin-lightening products did not start the bias, activists blame them for deeply reinforcing it through slick marketing and advertising campaigns that often involve top Bollywood stars, who are huge influencers in the country. There had been some change in recent years — Unilever had stopped doing before and after images of skin tones in their advertisements following campaigns.

The Black Lives Matter movement brought the products under fresh scrutiny and renewed demands for accountability for product names like Fair and Lovely.

In its statement on Thursday, the company said it was committed to "a portfolio of skin care products that is inclusive and cares for all skin tones celebrating greater diversity of beauty."

For 22-year-old Chandana Hiran, who launched an online petition against Fair and Lovely two weeks ago, that statement was a moment to celebrate.

"I think it is a huge shift. Changing a brand name is not a small thing," said Hiran. The petition was motivated by the young woman's personal experience of colourism.

"Being dark-skinned, I have constantly felt insecure. I am still unlearning those tiny things. For instance, I would not wear yellow because I was afraid that people would make comments that I am looking dark. Random people come up and give solutions on how to become fair. Bollywood will never represent my skin tone," she said.

The idea that fair skin equates beauty became so deeply ingrained over the years that advertisements for marriage partners in India often cited a "fair" bride as one of their prime criterions.

But the anti-racism outrage sparked by the death of Floyd while in police custody has even made a mark here.

Earlier this month, one of India's biggest matchmaking websites, Shaadi.com, said it would remove a search filter that allowed users to identify potential matches by skin tone. Following an online petition against the option, the company said the filter "was not serving any purpose" and a "product debris we missed removing."

Unilever is not the only company taking a look at lightening products — Johnson & Johnson said last week it would stop selling skin-whitening creams popular in India, Asia and the Middle East. The company said it was never its intention that "our dark spot reducer products represent fairness or white as better than your own unique skin tone."

As far as Unilever's Fair and Lovely cream is concerned, activists will watch closely to see how the company rebrands one of it's most popular beauty products in India. According to a report by the Press Trust of India news agency, the company is getting the name Glow and Lovely registered.

"It is not just the word 'fair' that must be removed, but it is the stance of the brand that needs to change," said brand strategy specialist Harish Bijoor. "I believe it will go in the right direction, but we need to wait and watch what else changes. Is it going to promote holistic beauty much more rather than a binary view of beauty, black versus white?"

Activists also acknowledge that even if fairness products disappear from shelves, it would still take hard work to dent the equation of fair colour with beauty that has become deeply ingrained.

We were made to understand that Floyd was jogging when stopped & mishandled by police.

Blacks MUST organise, build their communities through creation of firms/jobs & be self relient, other wise any who ventures on streets is considered a danger!

Ugandans who were 30 years old in 1986 & still live should know Museveni's police is different from what the country had before. But those born under Museveni only know him & his system of rule!

But the country is formed by tribal lands & Museveni has non in it, so why does he rule through the tribalistic system, own army/police, own tax money, control every institution, be the only one to rule without allowing opposition?

Power for change belongs to Ugandans in UNITY, so why are they maintaining the tribalistic system, thus keep Museveni & his police/army in power?
Report to administrator