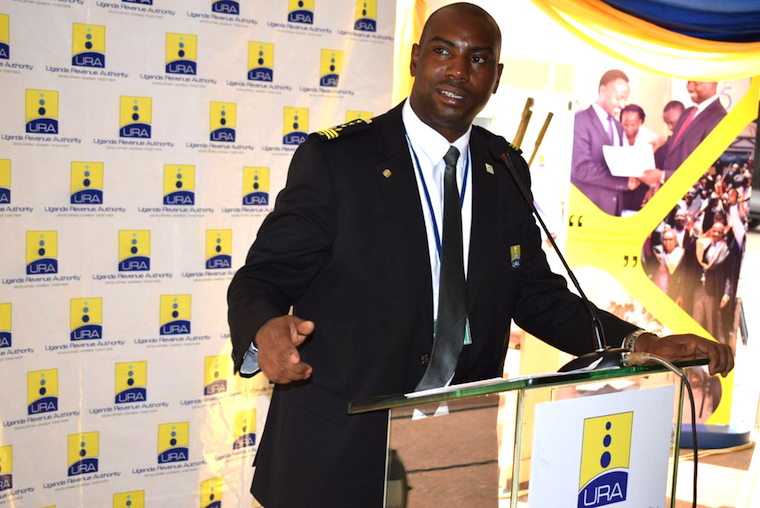 Dicksons Kateshumbwa, the head of domestic taxes and other 3 commissioners resigned

Four senior commissioners from Uganda Revenue Authority (URA) have tendered their resignations, in what looks like a clear-out of the old guard.

Together with Dicksons Kateshumbwa, the head of domestic taxes, other three commissioners have quit the tax body. They include; Henry Saka, from domestic taxes, Silajji Kanyesigye, the commissioner in the large taxpayers office and Samuel Kahima, a manager in charge of rulings and interpretations.

URA said in a statement on Saturday that “these senior officials chose to resign and the board has accepted their resignations.”

It added that "integrity, patriotism and professionalism will define the new era at URA," a statement indicating that there could be serious questions on the workings of the officials that have quit.

The commissioners worked with the former boss Doris Akol, who was pushed out of the leadership of the tax body in March. John Musigunzi Rujoki, a former intelligence officer, is the new commissioner general.

The quitting of the old commissioners could be looked at as an attempt for the new leadership to create a team they are comfortable to work with.

Sources at the tax body said some of these commissioners questioned President Yoweri Kaguta Museveni’s pick of the new commissioner general from outside the authority when there are experienced able people to take over.

The new commissioner general worked in audit department in the special revenue protection services, a military unit attached to Uganda Revenue Authority, and is believed to understand the inner workings of URA.

Museveni has been particularly hard on the old team, accusing them of failure to plug all tax leak holes. The tax body had also immediately replaced the officials with other URA staff.

12
+1 #11 WADADA rogers 2020-06-01 15:35
But i also want to use this platform to predict that the new commissioner general John Musigunzi Rujoki will not last a year at ura, he is going to be fought, not because he is bad but because he is too straight to work in an environment full of mafias, he will resign only to be replaced with an army General
Report to administrator
+1 #12 WADADA rogers 2020-06-01 15:38
imagine Dicksons Kateshumbwa, Henry Saka, Silajji Kanyesigye, and Samuel Kahima are suspected to have stolen but instead of arresting them immediately, they are asked to resign and take the loot.