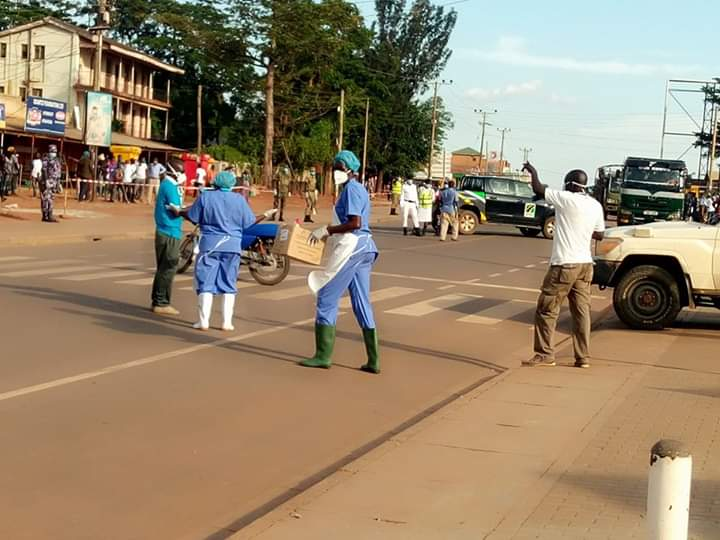 There was a stampede in Gulu town on Thursday evening after security personnel rounded up a truck driver who tested positive for the coronavirus disease.
The patient is an Eritrean national who had already spent two days in the community after he arrived in Gulu on Tuesday, May 12.

Patrick Jimmy Okema, the Aswa River Region police public relations officer said the driver was intercepted near Buganda Pub, along Gulu – Kampala road where he'd taken his truck for washing and had just had a meal in a restaurant.

Martin Ojara Mapenduzi, the district chairperson and coordinator for the district task force said that the driver’s sample tested positive from Elegu at Uganda–South Sudan border point in Amuru district.

Business and traffic were paralyzed as security personnel hunted for suspected contacts of the driver. Five people were traced and immediately whisked away to the Gulu School of clinical officers quarantine facility.

Earlier on Wednesday, two other truck drivers including a Ugandan who also tested positive for the contagion in Elegu were rounded up by security personnel and evacuated to Gulu regional hospital treatment centre.

Loum Janani Bishop, the in-charge of public health department revealed that they were already alerted by the national surveillance team about the medical conditions of the trio and were prepared to receive them.

The three cases bring to eight, the number of patients being treated for the infectious virus disease at Gulu hospital. Overall, COVID-19 cases in Uganda now stand at 160, according to the Ministry of Health.

Dr James Elima, the hospital director issued a clinical caveat warning that the facility will not be able to admit more than 10 patients.