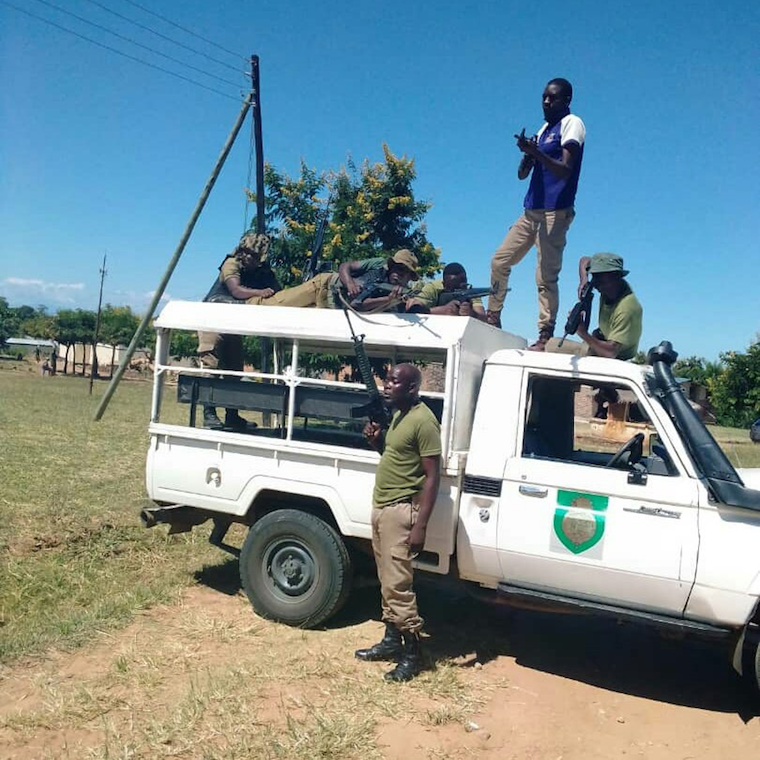 Police in Malawi clashed with prison guards who are demanding personal protective equipment against the coronavirus as well as hazard pay.

The guards went on strike Thursday, saying working without PPE in the crowded prisons puts them at risk. Police used tear gas Friday to disperse protesting guards in various jails across the country. The guards resisted by throwing stones and pointing guns at police armory vehicles, forcing them to withdraw.

"Currently I am trying to touch base because I have seen them in the social media, but for now I don't have any comment on the involvement of police. But all in all, management is trying to make sure that the tension is eased," Shawa said.

The striking guards say they believe riot police stormed prisons in retaliation for the assault on the officers. However, National Police spokesperson James Kadadzera denied this, saying police were treating the assault on its officers as a separate incident.

Kadadzera told VOA that police were trying to talk sense into the prison guards, saying it is unlawful for a government's security organ to strike.

The guards say many of them have worked for more than 20 years without promotion and that working without PPE puts them at risk of contracting the coronavirus, especially from new inmates. Authorities have recorded 33 cases of COVID-19 in Malawi, along with three deaths.

A prison guard at the Zomba maximum security prison, who did not want to be identified for fear of reprisals, told VOA in a telephone interview that guards were resolved to shut down the prison's kitchen on Saturday.

"We are very angry now," the guard said. "And if they are not doing anything, I am telling you, the prisoners will die of hunger."

National Prison spokesperson Shawa said the guards' demands were justifiable, but that the protesters refused to discuss the matter with prison management.

"The junior officers still believe that only the sit-in can bring answers to their concerns. So, basically, management will be meeting as we monitor the situation, [and] as we are trying to come up with measures to manage the tension," he said.

On Sunday Malawi Prison Service (MPS) promoted all prison wardens, after the prison officers stayed away from work for two days.

According to Shaba, the promotions are with immediate effect.

0 #1 WADADA rogers 2020-04-27 19:19
For those of us who thought Unfairness is only in Uganda, just look at Malawi, injustice rules the entire Africa
Report to administrator