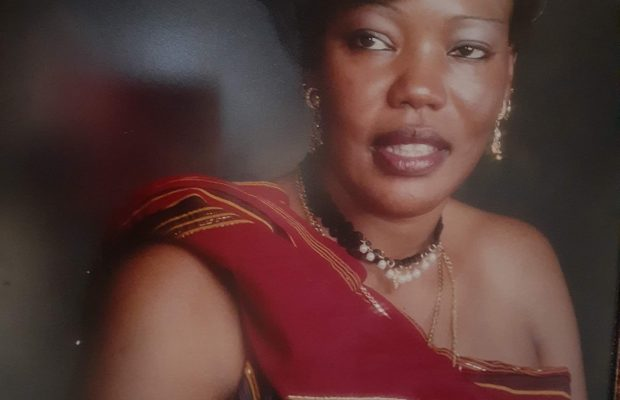 Two Ugandan female artists based in London are battling for their lives after contracting the coronavirus disease (COVID-19).

Jennifer Lawala and Roselyn Storms Otim who hail from Pader district in northern Uganda were diagnosed with the deadly virus last week. Lawala told URN in a WhatsApp interview on Monday that she was admitted in the Intensive Care Unit (ICU) but was in stable condition. She also disclosed that her son, Oscar Acellam is battling the same disease he contracted last week.

Lawala is the widow of Dr Labeja Acellam, a medical doctor in Lewisham in the United Kingdom who succumbed to the same disease a week ago. Otim also said that she is battling the deadly disease at her home.

The two renowned Acholi female artists left for the United Kingdom in the early 2000s at the peak of the Lord's Resistance Army (LRA) insurgency. They composed songs in Acholi directed to compel Joseph Kony, the commander of LRA rebels to return home and abandon the insurgency because the Acholi people were suffering.

They also praised Acholi culture and tradition in their songs which they said makes them proud. Otim also composed a song commemorating the heroic death of Dr Matthew Lukwiya who succumbed to the Ebola endemic in the course of duty at Lacor hospital.

The two artists asked people back in Acholi land and Uganda at large to adhere to the government's directives aimed at containing the spread of the disease.

Gilbert Olanya, the general secretary Acholi Parliamentary Group said that they are in constant contact with the two artists to monitor their condition and consoling them to remain strong during this trying moment.

United Kingdom has over 47,806 confirmed COVID-19 cases with over 4,000 deaths. Uganda has 52 confirmed cases and hasn’t registered any deaths.

-10 #1 Amooti Mugi 2020-04-07 14:56
It is emerging that some idiots have failed to understand the simple firm advice from the President and health officials, especially in upcountry districts and are still sending their children even those under ten years old to shop, or even to just hung out!!!

Such need to be whipped once found during day...!!!

We are thankful to the UPDF for helping in enforcing the directives meant to protect the population....
Report to administrator