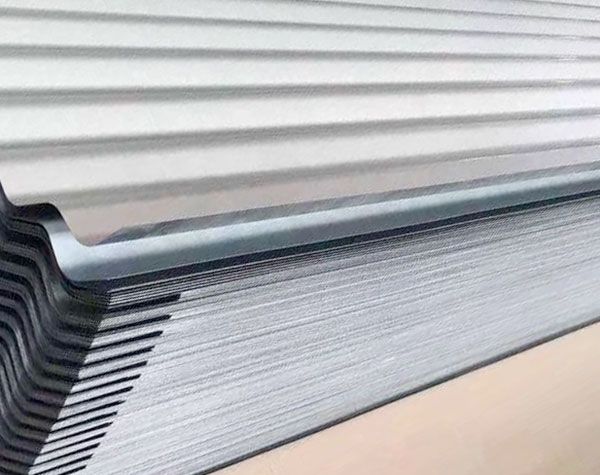 Ugandans might soon experience a shortage and increase in prices of building materials because traders are currently unable to import the items from China due to the outbreak of the coronavirus.

Downtown Kampala traders say they have been unable to send money for goods or fly to China as most factories supplying them are currently closed over coronavirus which has claimed more than 1,483 lives as of February 14 and infected over 64,600 others in and outside China with 14,800 new cases recorded on Thursday.

This will likely have an impact on the prices of most of the goods, including building materials, clothes, iron sheets among others.

According to William Kaggwa, the secretary-general of the Nakasero Hardware Traders’ Association most of the kitchenware and sanitary ware including soap dishes, handwash basin, mirrors, taps, glasses, tiles, transparent sheets are imported from China. He says because of lack of new supplies this will potentially put pressure on the fewer goods remaining in the shops around the city.

At Kidde Enterprises in Kampala, one of the biggest importers of construction materials, officials said they were waiting up to the end of March to see if the disease is controlled for them to place their orders.

“The fear is that you may send money and you find the person is actually in the area where it is quarantined,” one official said.

Some traders who received goods in December or early January are hoarding their goods to create artificial shortages so that they can sell at higher prices. Chinese businesses in Kampala have already had a hit. For instance, some Chinese hotels have told local staff that they will not be working as normal as many of their customers – who are Chinese – have either been quarantined or are stuck in China because they can’t fly back to Uganda.

The Bank of Uganda has said the situation is serious. Dr Adam Mugume, the director of research at the central bank, said the impact was likely huge if the disease is not controlled fast.

Richard Walker, the World Bank Uganda economist, said it was still uncertain to see how the desert locusts in north-eastern Uganda and coronavirus in China will affect the economy this year. He said they expected Uganda not to grow below 6 per cent even with these happenings. He agreed the locusts will have an impact on agriculture.

This thought is in line with other economists. Dr Enock Nyorekwa, an infrastructure economist, said the impact will largely depend upon quarantine measures and sentiment, and whether there is more clarity around these.

For Uganda, fewer imports mean less government tax revenues at the time when the Uganda Revenue Authority is failing to reach its targets. Doris Akol, the URA commissioner general, told reporters at the start of this month that in the six months to December 2019, traders imported fewer products cutting government expected revenues. Coronavirus in China will likely extend this agony.

Yet the government needs more money to divert from core activities to cater for Ugandans stuck in China and fight the desert locusts.

0 #1 Lysol 2020-02-14 21:38
Those of us who do not approve of the Uganda corrupt regime on playing the West with China for cheap loans and investment (with low quality, cheap products) and no political accountability. will be vindicated by history. .

Not to mention starting many pseudo and sub-standard projects all over Africa which can never be completed in a timely manner. Like building railroads to nowhere.Ask Kenya.

At the end they will own those projects because the naive corrupt African will not pay the debts after they are out of power. Colonialism 102 by the Chinese this time around.
Report to administrator
+1 #2 Lysol 2020-02-14 23:02
Health Minister Jane Ruth Aceng should resign after telling parliament that the corrupt regime has no money to repatriate Ugandan students from China

But Museveni always goes around dishing money (brown envelopes) trying to buy love and political supports. The grandfather with no shame and disregards for the lives of his so-called grandchildren.

Leaving them to die in China.

If it was Somali or South Sudan, he would be there in a few minutes to save their asses. Of course for money and to appease his Western backers. Doing rent-a-cop jobs (aka security jobs) That is what is militias are good for. With no combat readiness, but policing.
Report to administrator
+1 #3 rubangakene 2020-02-14 23:03
After 35 NRM years, we still have to import soap and so on; but I know that we will not run out of bullets to shoot in the air at opposition rallies.
Report to administrator