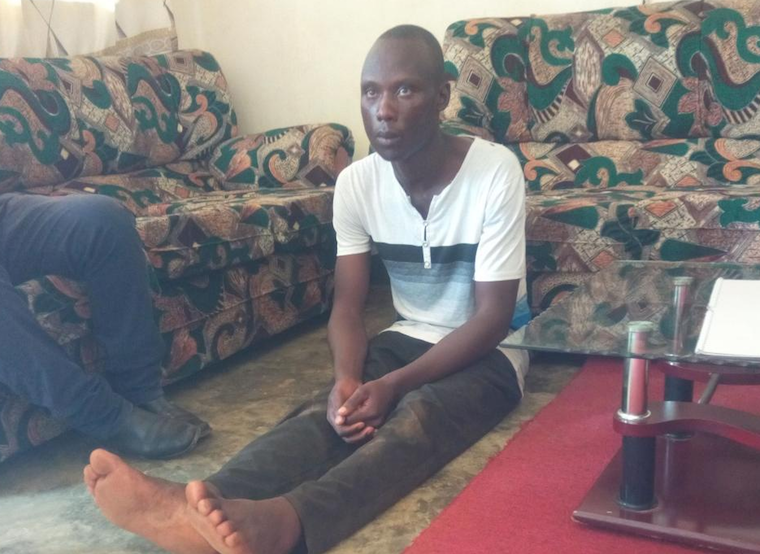 Mugerwa, a resident of Kiganda Zone in Kawempe Division, Kampala was arrested by police officers deployed at Paniafrica Company Limited when they saw him wearing the UPDF chain, which contains the registration number and name of individual UPDF soldiers.

The officers questioned Mugerwa on the particulars of the chain but he had no idea - leading to his arrest and subsequent detention at Kawepe police station.

The name tag belongs to R/A214238 Deo Nandyaka, a UPDF soldier. In his statement at Kawempe police station, Mugerwa claims that he picked the chain from Big Brother House bar in Kawempe.

Deputy Kampala Metropolitan Police spokesperson, Luke Owoyesigire, says that Mugerwa is being held on charges of illegal possession of government stores as police try to track the owner of the UPDF chain.

0 #1 Odongkara 2020-01-22 07:52
In Uganda we don't have the culture of reporting lost and found properties to the police and I strongly believe this is the problem with Mugerwa in this case.

We should bring up our children knowing that what doesn't belong to them is never theirs and it is wrong to keep for one's use a lost item but hand it over to the police, LC or anyone in authority to avoid arrest and prosecution.

Even the police should desist from stealing reported lost items as are the rampant cases currently.
Report to administrator
0 #2 kibedi nkuutu 2020-01-22 17:10
The poor man was just "enjoying" his find! He had no idea that what he had picked up would put in problems.

He looks as innocent as the next man. I would suggest that a stun warning would suffice to deter this fellow from doing the same next.

He seems as though he can't even read! Anyone with some kind of higher education would have noticed that this was a UPDF chain! Give him a warning and let him go!
Report to administrator