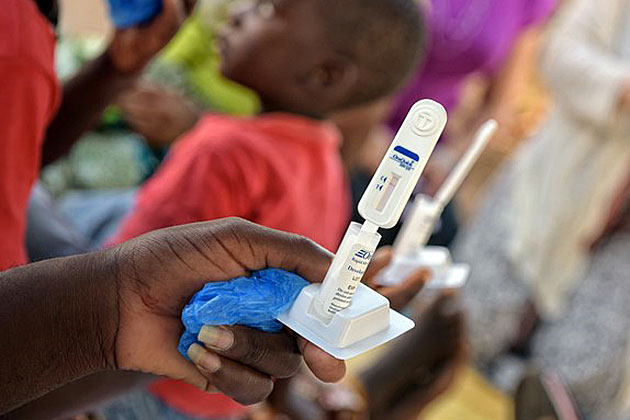 On December 1, Uganda joined the rest of the world to commemorate World Aids day, reflecting on the impact the disease has had on the country. Latest figures show that Uganda registers 1,000 new infections and 500 people die of complications related to the virus every week, writes BAKER BATTE LULE.

According to the United Nations Aids organization (UNAIDS) country director, Dr Karusa Kiragu, this number is way too high and every effort should be undertaken to scale it down.

Speaking at Bulange Mengo, the seat of the Buganda Kingdom during the launch of the 2020 Kabaka Birthday run, whose proceedings will go towards the fight against HIV/Aids, Kiragu said although Uganda has registered tremendous success in defeating HIV/Aids, bringing the national prevalence rate from double to single digits, latest information showing increase in HIV/Aids cases is worrying and requires new approaches.

The new approaches she talks about according to Dr Kuku Appiah, the director of medical and scientific affairs at Abbot, covering Africa based in Johannesburg, would lay in self-testing. She said although lab-based tests are also key, there is need to liberalize HIV/Aids testing to allow people know their status regularly.

“Point of care diagnostics done closer to the patients is a newer type of technology which is able to provide much better outcomes for patients because tests will be done at the clinic or bedside and the results received within minutes. This helps doctors and patients alike to make quick decisions,” Kuku said.

She added that this should also apply to other illnesses that are bogging down Africa including malaria, Tuberculosis, syphilis, Hepatitis among others.

“Diagnostics is very key because it determines what your disease burden is. Before governments can even rush to buy drugs, they must first carry out a proper diagnosis to know the disease, then there can be proper planning,” Kuku said.

Abbot is the largest producer of diagnostic materials around the world. Kuku says they produce strips and small devices, which are able to do more complex tests within 60 minutes to get results.

She adds that the biggest challenge to self-testing has been people’s perception that the method is not as effective as the lab testing.

“No one can produce a health care product on a global scale that has not been validated by the World Health Organization. But you find that each country wants to validate it again to see that it meets its individual needs. That process distracts us from what needs to be done in adoption of a product that health experts believe will provide solutions to the diseases that burden Africa,” Kuku says.

She adds that people should be assured that strips have gone through an extensive process to test their efficacy and are therefore, 99.9 per cent as effective as lab tests.

“The idea of the strips was to allow people to do tests on a regular basis and not wait to go to the hospitals. If many people embrace this method, it will be very easy to defeat HIV/Aids because people will regularly know their status. If found positive then start on medication if negative then continue with the lifestyle that has kept you negative,” Kuku said.

Light at the end of the tunnel

Although HIV/Aids is still a healthcare challenge in most of sub-Saharan Africa, there is light at the end of the tunnel. Many African countries have succeeded in providing information and awareness about the dangers of HIV/Aids and how to avoid it.

New infections are not a result of lack of information about HIV/Aids like it used to be in the 1980s and the 1990s.

“It’s now up to the people to take up everything that is being offered by the government to keep themselves negative and if positive know how to live with the virus,” Kuku said.

Kuku was recently in Uganda to attend a ‘free to shine’ program event in Kampala. The program is an initiative of African First Ladies that focuses on antenatal care, looking at the elimination of HIV/Aids and syphilis from being transmitted from mother to child.

“The global community feels that there is need to have a new generation born HIV/Aids free, Hepatitis free, and syphilis free.”