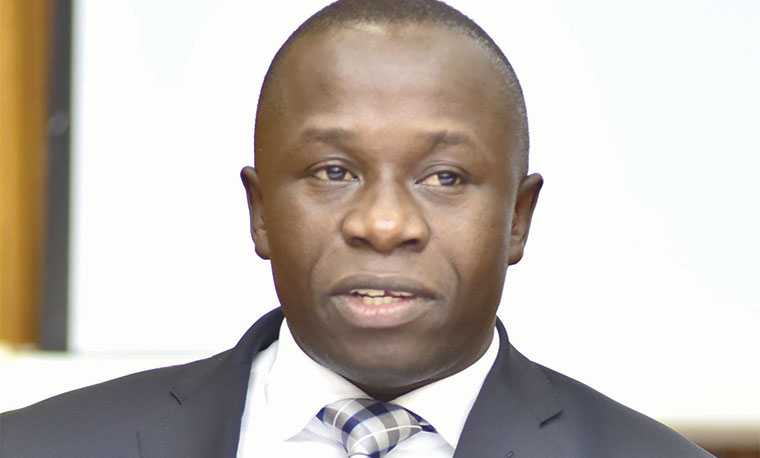 Since he was appointed as minister of State for Information, Communication and Technology - ICT this month, Peter Ogwang, the Usuk County MP, has been readying himself to start enjoying those top-tier government responsibilities and perks.

But a concerned citizen is threatening to sue him if he doesn’t decline the ministerial appointment. Through his lawyers; Mushabe Munungu & Co Advocates, Emmanuel Byamukama Tayebwa has written a notice of intention to sue Ogwang for a lack of the requisite academic qualifications.

“You don’t possess the requisite education qualifications or the equivalent thereof from any institution in Uganda or outside Uganda whatsoever. You contested and were illegally nominated as Eastern Youth MP candidate, elected and served as a Youth MP contrary to the Constitution of Uganda and electoral laws of Uganda there under,” reads part of the notice.

A member of parliament is expected to have completed a minimum formal education of Advanced level standards (UACE) or its equivalent. The January 6, 2020 notice of intention to sue –signed by the complainant’s lawyers notes that Ogwang was again illegally nominated and elected as Member of Parliament for Usuk County in 2016.

They argue that his presence in parliament misled President Yoweri Museveni into appointing him as minister of state for Information, Communication and Technology.

“You were vetted by the Parliament of Uganda on 3rd January 2020 based on falsified academic certificates contrary to the Constitution of Uganda and electoral laws. You have ignored and failed to disclose your true education qualifications to the appointing powers with intent to, again, continue drawing the taxpayers’ money in the form of a salary when you are not qualified so to do,” the notice to Ogwang further reads.

According to the law firm, Tayebwa intends to bring legal action against Ogwang and the Attorney General in his capacity as a taxpayer and seeks a court order declaring his stay in parliament and continued receipt of salary as unlawful.

They have asked Ogwang to resign from Parliament and decline the ministerial appointment warning that they will proceed to institute civil proceedings should he fail to comply within 24 hours.

However, Ogwang’s lawyers from K&K Advocates have told Mushabe Munungu & Co Advocates to go-ahead and sue.

“We act for and on behalf of Hon. Peter Ogwang or client who has placed in our hands your letter dated [January] 6th…with instructions to respond hereunder. Please sue.”

Ogwang insists he has the required minimum academic qualifications and that he was ably and legally nominated as MP both in 2011 and 2016.

“If a one Byamukama and his accomplices for whatever reasons think that I do not possess the minimum academic qualification and therefore are questioning the competence of the Electoral Commission and Parliament that duly nominated and vetted me respectively then it is his right to challenge the matter in the courts of law other than continuously soiling my name,” said Ogwang.

He further notes that Byamukama’s allegations are simply deceptive, malicious, fraudulent and contain elements of defamation-a ground he is considering engaging lawyers for rebuttal.

“I have also been informed that the same group of people are calling my office asking for Shs20 million for them to stop circulating such information. I consider this as blackmail and extortion which is punishable by law and I have already engaged relevant authorities to trap such fraudsters,” he adds.

According to the Parliament website, Ogwang went to Moruapesur Primary School for his Primary Leaving Examination; he sat his Uganda Certificate of Education (UCE) from Soroti SS in 1999 before joining Tororo Progressive Academy-TOPA where he obtained a UACE certificate in 2001.

He attained a certificate in social work and administration in 2003 from Makerere Institute for Social Development and upgraded to a diploma at the same institute in 2005. He is currently pursuing a Bachelor of Social Work and Social Administration at Victoria University.

Ogwang is among the nine newly appointed ministers. He was vetted last week by the parliamentary Appointments Committee chaired by Speaker Rebecca Kadaga.

they are just trying to soil the good name of Hon.peter ogwang ,he has proved what a good cadre he is to this country and am sure he will serve to the satisfaction of Ugandans in his new posting.
Report to administrator
0 #12 Lakwena 2020-01-10 13:42
Quoting rubangakene:

There is nothing wrong or right under the sun; the law is also an ass.

But Rubangakene, you maybe right. But the current leadership in this country suffers from surplus deficit in honesty.

In other words, which is better: to have honest or dishonest leaders? Isn't it dishonesty why corruption has become the trademark of the current leadership?

If we have to go by your liberalism and/or postmodernists anarchist doctrine of there is no right and wrong; how can we even avoid a new surge of such thing as cannibalism, incest, child-sex, etc. and Nasser-Roadism?