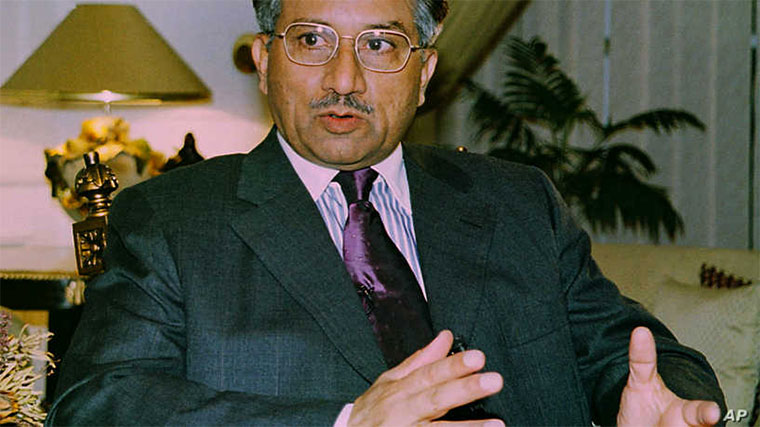 A special court in Pakistan Tuesday found former president and military ruler Pervez Musharraf guilty of high treason and sentenced him to death.

This was the first time a military dictator was tried and convicted in court in Pakistan. Musharraf, who is currently receiving medical treatment in Dubai, came to power through a military coup in 1999. His initial actions received legal cover by the judiciary and subsequently the parliament. It was his imposition of the state of emergency in 2007 that led to the charges against him.

The case has been dragging through the courts since 2014 when Musharraf was indicted. In 2016, he was allowed to leave the country for medical treatment, under what many believe was pressure from the country’s powerful military.

He was asked by the judiciary to return and record his testimony multiple times but cited medical reasons for not being able to do so. Earlier this month, from a hospital in Dubai, Musharraf expressed distrust in the judicial process and said he was being victimized. The major opposition parties in the country hailed the decision as a bulwark against future military coups. Pakistan has spent more than half of its existence under direct military rule.

The government, considered close to the military, did not issue an official statement. However, one government minister expressed his reservations about the decision.

“We need to unite the country. Why take decisions that divide the nation and its institutions?” wrote Fawad Chaudhry, the minister for science and technology.

Political analysts say carrying out the sentence however, may not be easy in a country where the military is still considered to be the most powerful institution.

#Musharraf started trending on Twitter in Pakistan soon after the decision became public.

“I oppose death penalty even for criminals like Musharraf. Yet, this decision is imp since it challenges the history of impunity for Generals,” wrote activist Ammar Ali Jan.

“Whatever is happening with him, I think this would be a miscarriage of justice in the history of Pak. What he did on 3rd Nov 2007, was it a right or wrong move, that's debatable,” Tweeted retired army general Ghulam Mustafa.

Those leaders with the letter "M" in their names are cursed. Who will be next? Just count them around the world.
Report to administrator
+1 #3 Ugthinker 2019-12-18 01:46
One wonders how much Museveni’s brain is worked up when he reads such news!

One wonders how much Museveni’s brain is worked up when he reads such news!

All the so called strongmen seem to trend identically...

Ugthinker, haven't you see how the guy is always breaking cold sweat even in an a/c environment? That why he keeps a white handkerchief, and mops himself including the eerie fingers like a sweaty pig.

With all the current dirty looks in the faces of millions of Uganda wherever he passes; day and night Mr. M7 must be terrified about his inevitable fate.

In other words, all his tough talking down on Ugandan is hollow bluff because, he talks tough when shaking and sweating in his shoes.
Report to administrator