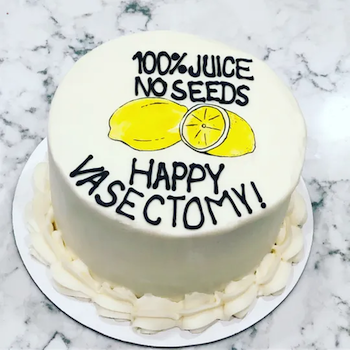 The number of Ugandan men opting for vasectomy is rising, the ministry of Health has said.

Vasectomy is a permanent family planning method for men that stops sperms from being injected into semen. During the procedure, male vessels that carry sperms from the testicles are cut and tied so as to prevent sperm from entering into the urethra. This prevents the fertilization of a female through sexual intercourse.

According to doctors, the number of men opting for vasectomies has increased in urban areas compared to rural settings. Dr Placid Mihayo, the assistant commissioner of reproductive health at ministry of Health says the numbers are increasing in urban centres where the literacy levels are higher. He said the men who actually go for the procedure come when they are well-informed after extensive research, consultations and reading.
Data from the ministry shows an increase in the number of men who carry out vasectomy have been noted mostly in central and western Uganda. In the 2017/2018 financial year, a total of 1,235 vasectomies were carried out nationally compared to 1,313 men in 2018/2019.

Marie Stopes carries out family planning through three channels-outreach carried out in government facilities at no cost. The other two channels; centers and social franchise-where men pay. Through the social franchise channels, men need to part with Shs 2,000. At centers, men pay Shs 100,000.

In 2009, Joseph Sekasi a taxi driver and father of three at the time welcomed his second set of twins into the world. He describes the experience as a shock that opened his eyes.
“We had planned to stop on three children but my wife conceived again. We had talked about her getting the coil. When she told me she was pregnant I was not happy about it. At the hospital when I was told I was a 'salongo', I almost collapsed.”

According to Sekasi, the surprise of getting another set of twins was too much for him because he had always planned on having three children. To avoid further surprises, he took matters in his own hands.
“I did not want another surprise. Already I was struggling to maintain my family. When I asked a doctor, I was told about family planning for men. At first, I was scared but after the nurse explained to me, I accepted.”

Dr Milton Awudo, the director of technical services at Marie Stopes Uganda says the number of vasectomies carried out in centers that are run as private facilities are increasing, while those carried out during outreach programmies are reducing.

According to Dr Awudo, in 2017 and 2018 they experienced an increase of 5 per cent in the number of men who opted for the family planning method. This however says is happening at a time when the overall number of men carrying out vasectomies is reducing. In 2017 a total of 455 men were registered compared to 291 in 2018. This year, they have so far only carried out 94 vasectomies.

Dr Awudo attributes the increase and decrease to knowledge about the family planning method. He says people who pay for the service privately make an informed decision to undergo the procedure compared their counterparts who do not know what the procedure entails.

Dr Awudo, adds that most men in rural areas look at family planning as the responsibility of women. He says this coupled with myths and the stigma surrounding male family planning options leads to low numbers. Dr Mihayo says the increase has only been noted in certain parts of the country because men still have myths concerning vasectomy. He says most men equate vasectomy to castration which is completely false.

Men who have vasectomies are encouraged not to have sexual intercourse for at least three months after the procedure or to use other family planning methods like condoms because the family planning method is not instant.
Men with; abnormalities of the scrotum, severe high blood pressure, infections around the genital areas or who just had babies are not advised to carry out vasectomies.

Some parts of Uganda do not need birth control due to the many wars which affected the regions and depopulated of the North and the East of the country.

What they need is development. They got plenty of land and resources for development not just for growing sugarcanes for export.

The elites can do vasectomy due to financial selfishness I have raised many kids and grand kids..The liberal view of birth control is a fallacy and political. . .
Report to administrator
0 #2 Akot 2019-09-07 20:31
Ugandan men should have gone for this birth control a long time ago as it's women who decice when, how many children they want!

With polygamy, wives compete in having children they can't even when they have no money for school fees, clothes!

It's waste of money forcing Ug. women to go for birth control; when given free pills they throw them away & won't have sex with men who use condomns!

In Europe, having 3+++ kids give you acces to all social/public services; this is the reason for migration by they young, parents who know they will get education, healthcare, housing, food, clothing!

Uganda MUST have change of governance, to give a start to planning anything!

The tribalistic system MUST be brought down & Museveni thrown out in UNITY first & above all!

Without men taking things in their hands with birth control, what will population be in 30 years under god Museveni?

There will be devleopment unless there is change of ruler, to get a common leader or leaders in Indpendent Tribal Lands!

Ugandans MUST take back the country formed by their tribal lands first, if they want to have a start to anything & be actors & not the slaves without say they are, at the mercy of Museveni!

Change of governance comes FIRST & this is not negotiable as the country is ruled just as conqueror Museveni wants!
Report to administrator
0 #4 Akot 2019-09-08 19:08
I remember a Ugandan who wanted 2 children as he know his salary would give them what tolive on educate them!

But his wife ignored his wish & got pregnant with a third child! So, the man went for vasectomy to ensure there won't be more surprises!

This was a man who gave the wife money for birth control pills & said if she didn't want pills, she could go for surgery that will ensure she doesen't get pregnant!
Report to administrator
0 #5 Akot 2019-09-08 19:23
Have Ugandans forgotten professor Mukibi who died & Ugandans saw so many women with his kids at the burial?

The women knew when to get pregnant, but did the professor?

Only good governance & putting in place real development plans that give chance to National Education will give a start, even to women having less kids!

Do we still wonder why people migrate to Europe to have chance to Education first & above all, knowing they will also get Healthcare, Housing...?

Good governance gives chance to; Education, Subsidy/Modernisation of Agriculture, jobs to have money for Healthcare, Housing...!

Without Education, no country can develop or control population as it's the ill/non educated who have many children & this population is so huge in developing world!
Report to administrator
0 #6 WADADA roger 2019-09-10 15:07
Whoever baked that cake is obscene, he was short of telling men to go for vasectomy at their own risk, the day you discover that all your three children are not your, then you will have reason to rethink such scandalous decisions.
Report to administrator