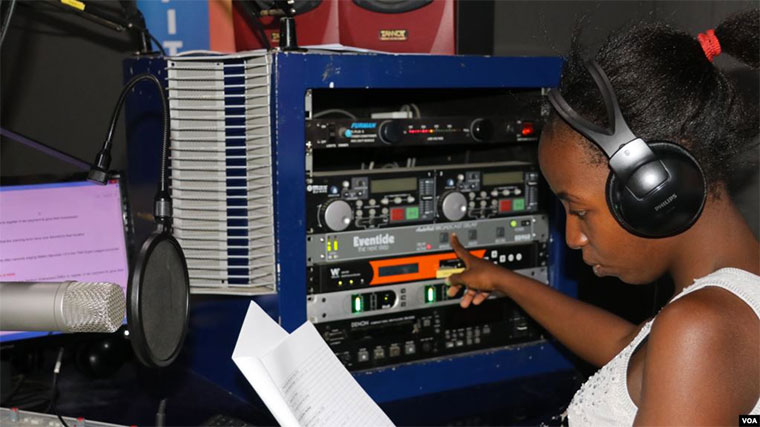 Supporters of press freedom in Malawi are denouncing a government order suspending all radio and television call-in programs. Malawi's Communications Regulatory Authority issued the order on Friday, saying it is concerned that the programs could trigger more post-election violence.

Malawi's privately-owned Capital Radio station is known for broadcasting lively chat shows about politics and society but has been forced to engage with listeners via social media. On Friday, Malawi's Communications Regulatory Authority, MACRA ordered all broadcasters to immediately and indefinitely suspend call-in shows.

Capital Radio's director Alaudin Osman says the suspension has dealt a blow to their normal programming.

"We are quite angry and disappointed about this," he said. "In fact, our immediate reaction was to send MACRA message that this is unfair because most of our programs on Capital Radio are talk programs, now the blanket suspension affects all us."

MACRA said some broadcasters had engaged in "careless and unethical coverage" of unrest that followed the disputed May elections, and expressed concern the chat shows could inflame further violence.

Last week, Malawi opposition supporters angry about the re-election of President Peter Mutharika clashed with police, who used tear gas to break up the protests. Two opposition leaders launched a legal challenge against the results, claiming Mutharika's ruling Democratic Progressive Party and the election commission rigged the vote. The DPP and election commission have denied the accusation and say the election was free and fair.

Osman says suspending the chat shows suggests there is panic in the ruling party since they "don't want anybody to discuss the aftermath of the election." He said it looks like "somebody, somewhere, seems to be afraid of public opinion."

When asked by a reporter Monday by phone why the ban was needed, MACRA's Communications Manager Clara Mwafulirwa said she "will come back later" and then promptly ended the call.

Malawi press freedom group Media Institute for Southern Africa says the government's order violates freedom of expression. The group's chairperson Tereza Ndanga said, "We are asking them to reverse that decision and we do expect that they would respond in the best interest of Malawians. We will see after what action will be taken depending on the outcome of engaging that we are having."

Broadcast managers are planning to meet with the Communications Regulatory Authority this week to discuss the matter.