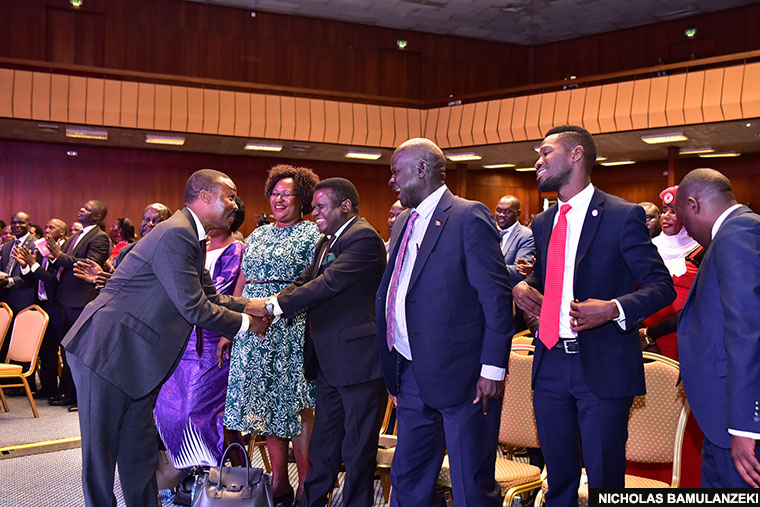 Muntu who lost the FDC presidency to Patrick Oboi Amuriat, quit the party last year after failing to agree with a faction of FDC members on the kind of strategy that they need to wrestle power from the firm grip of President Yoweri Museveni.

He then formed Alliance for National Transformation on March 19, 2019, as an opposition political party. The ANT leadership was unveiled at the launch attended by several members of parliament, heads of political parties, civil society organizations and the academia. 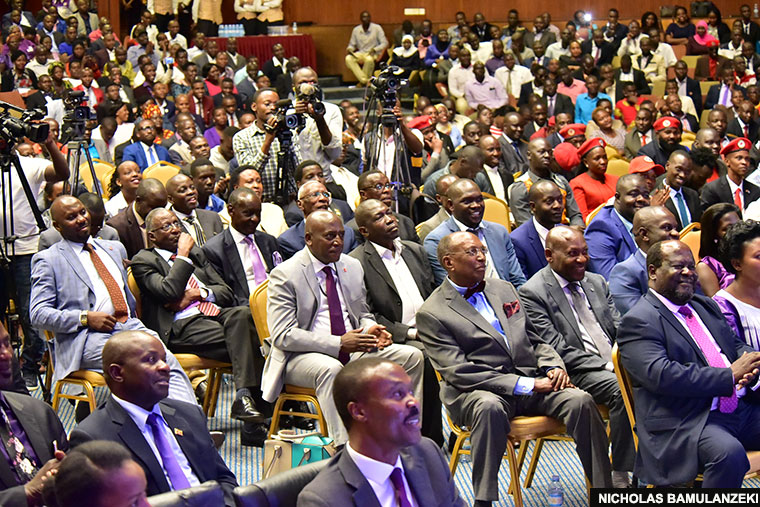 Christine Abia, a former legislator will be in charge of the national treasury, the women’s league will be headed by ambassador Edith Ssempala while lawyer Wilberforce Seryazi will be the party’s mouthpiece assisted by former The Observer journalist, journalist Sulaiman Kakaire. Barbara Allimadi will lead the diaspora affairs docket.

Other members of the team include Hannington Basakana as eastern region coordinator, Ssewava Sserubiri for central region, Phoebe Acan for northern region, and Jackson Wabyoona for the western region. Florence Ibi Egwau will be in charge of parliamentary affairs while Abim Matanda is the youth league coordinator.

Eunice Okullo will lead religious affairs, Prossy Naikoba will lead the civil society organisation affairs, David Mwiruka will lead education, while Dan Mugarura will lead election affairs. The party will be guided by a team of elders, among them, Dan Wandera Ogalo, Dr Munini Munera and Yokas Bihande.

Alaso said they intend to use the next three months to traverse the country and recruit new members. Muntu said the party will come out with different policy positions so that within one year, every Ugandan will understand what ANT stands for and what the party has to offer.

The party also unveiled its official symbol, a lighting bulb, its colours; white, purple, and orange and a logo, a map of Uganda lit with a bulb in the middle. Charismatic young female legislator Upendo Furaha Peneza from the Tanzania's national assembly was the keynote speaker.

Upendo urged Ugandans to maintain peace as they seek change, saying getting change without peace renders the achievement useless. She also urged the ANT leaders and supporter to offer sacrifice to the party in whatever form, saying they both need each other at this critical time.

Upendo emphasized the need for structures if the new party is to succeed. She cited her own Chadema party, which she said, despite having a strong candidate recently failed to win the elections in Tanzania because they did not have enough polling agents, enough candidates or members to guard their vote.

She said the electorate expect the candidates to guard the votes and once they let the votes be rigged by incumbents, then they become frustrated and lose trust in the electoral process. She said even Kyagulanyi’s People Power movement will not succeed if there are no structures to rely upon.

Actually the persecution of Muntu is mostly founded on the tribalistic character of our nation,most will tongue in cheek claim that he is a Munyarwanda obliviuos of the fact the Banyarwanda is a tribe in Uganda due to complex tribal movements.

I know that Muntu understands so well the fact that time will tell given all that he has had to prove with time.

Time will also tell whether ANT is a stooge or more realistic than many thought to be genuine in the day today.
Report to administrator
0 #12 rubangakene 2019-05-24 20:34
I think it might take some time for the majority of Ugandans to realise that this Muntu guy has got a vision.

He is composed, thoughtful and addresses issues with a sense of purpose unlike other guys who feed on emotive politics.

For me he is the guy to watch; he is young intelligent and has got military experience to challenge the incumbent. Who knows, he probably still attracts a lot of respect from the army fraternity!
Report to administrator
0 #13 Lakwena 2019-05-25 10:22
Quoting rubangakene:

I think it might take some time for the majority of Ugandans to realise that this Muntu guy has got a vision.

He is composed, thoughtful and addresses issues with a sense of purpose unlike other guys who feed on emotive politics.

For me he is the guy to watch; he is young intelligent and has got military experience to challenge the incumbent. Who knows, he probably still attracts a lot of respect from the army fraternity!

But Rubangakene, don't be carried away by Gen Muntu's appearance of intelligence and youthfulness. It is a mask (persona)!

E.g., consider the sequence of events up to his parting way with Dr. Besigye/FDC: The guy is fundamentally very intolerant. I win or you lose!

In other words, although he is not up to the tasks; Muntu's character disposition is, concealed humble arrogance (chauvinistic): it is either me or no one else.
Report to administrator
0 #14 Lakwena 2019-05-25 10:48
Besides, consider his military "psych" as former Commander of the UPDF/NRA. In the military "authoritarian ethics" is the order of the day.

Therefore, someone used to giving life and death orders, and which orders are absolutely obeyed; do not easily follow orders and hence unlikely to bend to democratic process.

And such is the reason Mr. M7 is militarizing all the institutions of the country. In that way everything is "order from above": and should you disobey, you are court martialed.

He militarized Operation Wealth Creation with his step brother Gen Salim Saleh; militarized anti Corruption with Afande Nakalema; etc.
Report to administrator
0 #15 Lakwena 2019-05-25 12:27
In other words Rubangakene, it is unfortunate many Ugandans do not see the "Gen Kagame's" invisible vindictive, cold and vicious iron fist in Gen Muntu.
Report to administrator
12