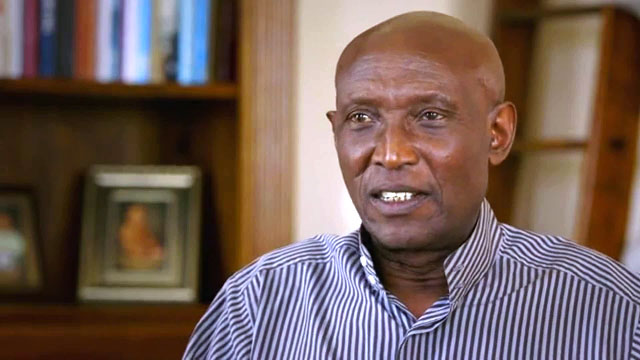 There are many reasons argued publicly and privately by officials on both sides of the conflict for the current border standoff between Rwanda and Uganda, but government insiders have nailed it down to one: Kampala’s outright refusal to turn against a very prominent Rwandan businessman hugely invested in this country.

A well-placed government of Uganda source has told The Observer that Maj Gen Frank Mugambage reportedly arrived with, among others, a request that Uganda should close businesses owned by Tribert Rujugiro Ayabatwa, a very wealthy Rwandan national running a string of enterprises in Uganda. The Rwandan government believes Rujugiro is pumping money into subversive activities being carried out on Ugandan soil against Kigali.

Rujugiro is the man behind the Meridian Tobacco Company, a $20 million (Shs 72 billion) operation which opened in the West Nile town of Arua last year. The Arua plant is a subsidiary of Pan-African Tobacco group, the manufacturers of Supermatch cigarettes.

But with Kampala not responding positively to the message delivered by Mugambage, tensions quickly mounted between the two countries. By Monday evening, Rwandan troops were seen deploying along hilltops near the common border. Days earlier, their Foreign Affairs minister Richard Sezibera accused Uganda of torturing and harassing Rwandan nationals here, while at the same time harbouring subversive elements plotting to topple the government in Kigali.

Security sources tell The Observer that Rujugiro switched some of his investments to Uganda in 2013 after he fell out with Rwanda president Paul Kagame. A former close associate, Rujugiro was part of the 12-man presidential advisory council Kagame named in 2009, headed by former British prime minister Tony Blair. The government source said that Museveni demanded for proof from Mugambage that this businessman was indeed fanning activities designed to destabilise Rwanda.

“The president of course asked for credible evidence to prove their claim because we can’t simply close his businesses without a basis,” the source said.

“The president also asked Mugambage what assurance [Rwanda] had that if we close his [Rujugiro’s] businesses, he will not find another channel [of funding the alleged activities] because he is an international businessman.”

Concerned about the 352 direct jobs which Rujugiro has created in Arua, and the 15,000 smallholder farmers plus another 1,600 occasional workers such as transporters doing business with Meridian, Museveni reportedly declined to grant Rwanda’s request. Instead, he reportedly told Mugambage that he needed time to engage Rujugiro.

Museveni is also understood to have said that he would either advise Rujugiro to find a buyer of his choice to take over the tobacco factory, or ask him to relocate the plant to another country. Kigali believes that a retired senior Ugandan military officer (names withheld), with very close links to a high office, holds a 15 per cent stake in the Arua tobacco factory.

The other request Mugambage is said to have brought to the meeting was for Museveni to get an unnamed cattle keeper with a ranch in Bukomero, Kiboga district sent back to Rwanda. The said ranch is said to be stocked with over 1,000 head of cattle.

“If you participated in the NRA liberation war, and you know how cattle keepers and other peasants aided the war, you are right to lose sleep over such a rancher,” the security source said.

Also on Mugambage’s shopping list was a request that the owner of a bus company which plies the Dar-es-Salaam – Nairobi – Kampala – Kigali route be repatriated. Interviewed on Monday, government spokesman Ofwono Opondo declined to speak about the Rujugiro case.

“We don’t discuss particular individual cases, but Rwanda has been engaging the ministry of Foreign Affairs and security agencies with a list of low and high-profile people, some of whom came here as refugees, whom they say are involved in subversive activities,” Opondo said.

But given its adherence to UN protocols on refugees, Opondo said, Uganda has always worked with the UN to facilitate their relocation to other countries such as Canada. Rujugiro himself relocated from South Africa to Canada.

Rujugiro first spoke about his fall-out with Kagame on November 20, 2013 on the Straight Talk Africa show hosted by Voice of America’s Shaka Ssali. According to The News of Rwanda, a Kigali-based publication, Rujugiro’s point of departure with Kagame came after his arrest in London following an arrest warrant issued by the South African prosecution office over alleged tax evasion.

The tycoon allegedly expected Kigali to intervene on his behalf. But when no help came through, he turned against Kagame, linked up with Rwanda Defence Forces (RDF) deserters like Lt Gen Kayumba Nyamwasa and the late Patrick Karegeya to form the Rwanda National Congress (RNC). The RNC is one of the groups Kigali says is involved in clandestine activities against it from Uganda.

That same year, the Rwandan government confiscated Rujugiro’s properties as accusations of trying to topple Kagame’s government and tax evasion increased against him. Two years ago, in September 2017, the Rwandan government through Rwanda Revenue Authority, auctioned Rujugiro’s prestigious shopping mall in Kigali. Kigali Investment Company bought the mall at $8 million, $12 million lower than the amount Rujugiro claims to have spent constructing the building.

According to an article published on January 1, 2019, by Forbes Magazine, an American business magazine, Rujugiro owns Africa’s biggest tobacco company that has footprints in Burundi, Democratic Republic of Congo, South Africa, Tanzania, Nigeria, South Sudan and the United Arab Emirates.

The magazine describes him as Africa’s largest indigenous producer of cigarettes and other tobacco products, and puts his annual revenue at more than $200 million, with more than 7,000 employees.

Voice of America in 2013 also reported that besides cigarettes, Rujugiro is into tea processing, manufacture of plastic shoes and cement with factories in ten African countries. The radio also said he is trading in 27 African countries and the Middle East.

Rujugiro’s business dealings can be traced to as far back as 1978 in Burundi where he lived as a refugee.

How e.g. did Gen Kagame become the current president of Rwanda, without "subversive activities carried out on Ugandan soil against Kigali (Habyarimana)"?

The measure you give is the measure you get. Because of the method he & Co. used, Mr. Kagame/Kigali has no moral authority to complain about Rwandese dissidents engaging in subversive activities being carried out on Ugandan soil against Kigali.
Report to administrator
+1 #2 Lysol 2019-03-06 23:51
At some point in the very near future these two countries will go to war against each other. What can go wrong will always go wrong.
Report to administrator
+2 #3 Empayippayi 2019-03-07 03:32
Quoting Lysol:

At some point in the very near future these two countries will go to war against each other. What can go wrong will always go wrong.

Murphy's Law = what can go wrong will always go wrong.
Report to administrator
+4 #4 Miki 2019-03-07 03:37
President Kagame, like many African despots past and contemporary always tend to look for political solutions in the wrong place.

That is why, if this story is true, Mr. Kagame wrongly thinks that terrorizing his opponents through imprisonment, global hounding and harassment, kidnaps, assassination or even financially ruining them will make the problem go away.

So-called subversive activities are a result of lack of legitimate ways to politically disagree with the rulers without being labeled the enemy of the state and therefore marked for extermination.

That is why destruction of one enemies in one place is likely to breed many more in ten places.

This is one factor that makes individual African countries weak and Africa as a whole very susceptible to re-colonization. Look at Iraq, Libya, Syria and now Venezuela. Nationals hitherto banished from legitimate political discourse became the vanguard of the new imperialists.
Report to administrator
+1 #5 Kelly 2019-03-07 08:48
Lysol,
You mean you have never heard of Kisangani I and II?

Or you wanted to say "...these two countries will go to war against each other again for the 3rd time".
Report to administrator
+4 #6 fkyyyyyy 2019-03-07 09:40
Kagame should address the WHYs people are falling out with his regime.

He should deal with the causes not the symptoms. Suppose Rujugiro moves to another country - will Kagame follow him there?
Report to administrator
+1 #7 Lysol 2019-03-07 22:38
[quote name="Kelly"]Lysol,
You mean you have never heard of Kisangani I and II?

Or you wanted to say "...these two countries will go to war against each other again for the 3rd time".[/quot

Back in the day, they were fighting oVer the loots of DRC resources.

Pure greeds. Next time will be to prove who will remain standing in the end. In other words, for survival.
Report to administrator
-1 #8 ejakait engoraton 2019-03-08 15:37
Quoting Lysol:

At some point in the very near future these two countries will go to war against each other. What can go wrong will always go wrong.

IT is called the FRANKEINSTEIN syndrome, you create an animal that goes out of control, and most importantly comes for you the "creator".

M 7 thought he was being smart by putting people of some particular ethinic group to surround him, thinking he could control and tame them , mostly out of fear.

Unknown to him, these peoples allegiance is NOT to him, and they , like machines, are remotely micro controlled from somewhere else.

At any particular time KAGAME knows what M 7 has had for lunch, and down to the colour of his underwear.

They can not be sure what would happen if someone else came into play, so for the moment all that is going on is theatrics.
ENJOY THE DRAMA
Report to administrator
+1 #9 ejakait engoraton 2019-03-08 15:40
Quoting Kelly:

Lysol,
You mean you have never heard of Kisangani I and II?

Or you wanted to say "...these two countries will go to war against each other again for the 3rd time".

They were clever enough to fight away from each ones home, its like two drunks meeting to fight in a bar
Report to administrator
0 #10 Lakwena 2019-03-11 12:02
Quoting ejakait engoraton:

Lysol,
You mean you have never heard of Kisangani I and II?

Or you wanted to say "...these two countries will go to war against each other again for the 3rd time".

They were clever enough to fight away from each ones home, its like two drunks meeting to fight in a bar

In other words Ejakait, to save "their people" from harms way, Mr. M7 and Mr. Kagame maliciously started their NRA subversion in Luweero not Nyabushozi.

As they say: the rest is history. The Baganda had pay with their blood, lives and properties and now LAND.
Report to administrator