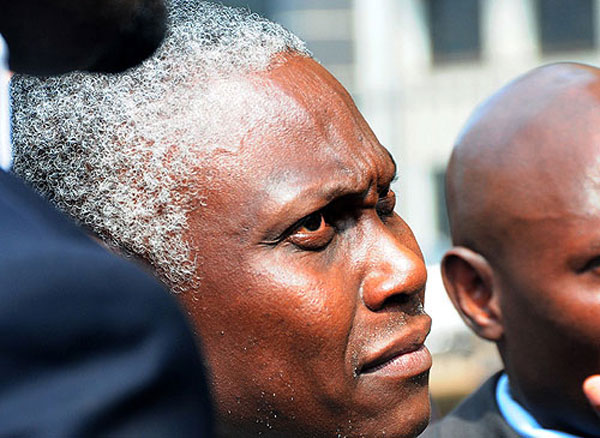 Last Friday’s arrest of Pastor Augustine Yiga of the Revival Church Kawaala for alleged rape became the latest outrage in a growing tale of scandal and debauchery now rocking the born-again Christian community.

Revelations about how steeped in sin some of the pastors have become has since prompted one crusading purist in the community to call for a full-fledged inquiry into the immorality threatening the church’s very existence.

The alleged rape of one Angella Ainembabazi also got the same purist to demand sterner police action against Yiga. A few years ago, Yiga was dragged to police by another woman who also claimed he had raped, impregnated and infected her with HIV.

In these circumstances, Pastor Solomon Male of the National Committee on Cults and False Teachings in Uganda criticized the decision to release him on police bond. Yiga’s latest run-in with the law draws from a purported 2014 incident in which Ainembabazi claims that the colourful pastor raped her in the prayer room, leading to pregnancy and subsequent child abandonment.

She had entered the room to seek spiritual redemption and financial breakthrough to cater for her siblings. They were orphans, the distraught woman said, while pointing out that she was only 15 years old at the time.

Yiga’s lawyer Evans Ochieng told URN that his client was granted police bond at around 7:30pm on Monday. He was instructed to report to Kawempe police station on February 18.

Now, Pastor Male thinks police’s actions were just a public relations stunt to calm President Museveni down.  Recently, the president angrily called out some ‘pastors’ whom he said have misled Ugandans with their dubious ‘prosperity gospel’ teachings – a fallacy which he implied has undermined government’s wealth creation campaigns.

Male told The Observer yesterday that he had thought the arrest of Yiga would be the beginning of a proper cleaning-up of the mess in the born-again community. The community has in recent months been riddled with reports of extortion, phantom miracles, murder, rape and witchcraft, among other shocking forms of wickedness.

“I’m not yet satisfied that government is indeed serious about investigating pastors who are involved in crimes because as we talk now, Yiga is out on police bond, not on court bail,” he said.

“Police bond means that investigations are still going on but they have not yet found evidence to pin him. On the other hand, court bail means that there is evidence to prosecute somebody but because of the time lag between prosecution and delivering judgement you allow him to be free because he is presumed innocent until proven guilty,” Male said.

On Saturday, some followers of Yiga stormed Kawempe police station demanding that their man be released. They claimed that the accusations against him were just machinations of his detractors.

They were not alone. There are many other people who believe that the infighting among pastors for supremacy explains the ongoing mudslinging, accusations and counter accusations of devilishness amongst and between rival ‘men of God’.

Male confirms that the Pentecostal Church has been infiltrated and overran by conmen passing themselves off as pastors.

“Police is moving against Yiga, but not an inch against others like … (names withheld). They are all miracle fakers and fraudsters. [They] have even been accused of raping their flock and sodomizing boys. Many people are crying because of their actions. But despite the existence of irrefutable evidence, none of these people has been prosecuted,” Male said.

He added that to make matters worse, many of those accused enjoy state security protection.

“The police want to be seen to be working yet all these criminals have been protected by the system. All of them have either military or police protection; so, I’m not amused but saddened. These people are fleecing desperate people who run to churches thinking that they will get solace,” Male said.

He adds that if government is serious about fighting crime in the church, it should set up a judicial commission of inquiry.

“People should be encouraged to come out and give evidence because we are dealing with people who are very powerful and connected. This commission should have powers to determine cases and prefer charges. These bafere [conmen] in church are not different from witchdoctors,” Male said.

Police, however, announced Monday that it launched investigations into complaints against 20 pastors, accused of ritual murders, possession of mass graves, rape defilement and extortion. Police sources said the investigation is based on intelligence and preliminary evidence gathered. Two pastors are also said to have volunteered information.

I believe you have a great opinion on this one.

Its Mengo that is keeping these miracle-faking .fraudstars inside their -air-conditioned lives.

Male is angry because of Mayiga .

NO ---?
Report to administrator
+1 #2 David 2019-02-13 17:50
I am very much aware that there is a lot of sins are committed by people, who misrepresent the gospel to take advantage of other people and call themselves pastors.

A pastor is a person who is involved in one of the five-fold ministries and his character should not be questionable.

Yiga Abizayo, the accused and a man whose character has been questionable, in my view, should not be called a paster and must be treated as a common criminal and punished if found guilty as accused.

Yiga’s abizayo teachings are contrary to Mathew 5:44-45 and he does not qualify to be either as a child of God or a Pastor.

Moreover, there are rumours that he charges money for prayers, if true, it is something that is contrary to Mathew 10:5-8. It is, therefore, wrong for Pastor Male to call Yiga pastor or even born again.
Report to administrator
+4 #3 frogmanx 2019-02-13 19:52
Today's church is more of a business than religion.

You can't just wake up in the morning and become a man of God with out any requisite qualifications?

We now have saints, pastors, bishops, disciples, prophets, all self proclaimed and ungoverned.

When Lokodo speaks out and says these fire brands need to be regulated, they call him a bad guy for their business... for once I'm on Lokodo's side. The church is destroying people more than anything.
Report to administrator
0 #4 Japman 2019-02-14 12:18
Quoting frogmanx:

Today's church is more of a business than religion.

You can't just wake up in the morning and become a man of God with out any requisite qualifications?

We now have saints, pastors, bishops, disciples, prophets, all self proclaimed and ungoverned.

When Lokodo speaks out and says these fire brands need to be regulated, they call him a bad guy for their business... for once I'm on Lokodo's side. The church is destroying people more than anything.

Hello Frogmanx. The Qualification to be a Child/Man of God is NOT academic (hope that's not what you meant) but absolute Faith in his Son Jesus Christ, [JOHN 1:12-13] whom he sent to reconcile us back to him. Jesus called out fishermen & the like as his disciples.
Report to administrator