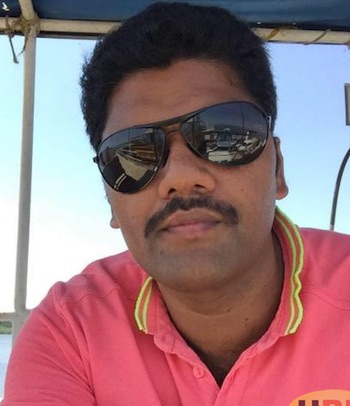 Janadhan Naidhu, the financial controller of Oil Palm Uganda Limited (OPUL) is on the run after allegedly defrauding the oil firm more than Shs 74 billion.

According to sources, in 2013 Naidhu created three fictitious companies namely JANCO Construction, Wheels Logistics and Finix Logistics purportedly to transport crude oil from a palm oil mill to a liner, which would transport it to the Bidco palm oil refinery in Jinja and used them to siphon up to Shs 74 billion.

"By the time it was realized, the company had no operating costs and was asking its parent companies to provide for a surplus. Investigations pointed out some of the anomalies done by the financial controller and thus was interdicted," a source said.

Naidhu was given an electronic bracelet to monitor his movements and moved to Jinja from where he reportedly fled to India. Wilmar International, the parent company of Oil Palm Uganda Limited instituted a forensic audit to establish how the money was embezzled.

Rao had served Bidco Uganda for 20 years. He confirmed his resignation when contacted by our reporter.

"It is my time to retire. I have done my part and other people can start from where I have stopped," Rao said.

In his resignation letter, Rao highlighted his successes in Uganda and his latest proposal to expand oil palm growing to Buvuma, Mayuge, Rakai, Kyotera, Masaka and Kalungu districts.

Patrick Ochieng, a senior estates officer at Oil Palm Uganda (OPUL) said that Rao threw in the towel because he couldn't survive the audit since he approved the fake transactions by Naidhu.

Bidco Uganda human resource manager, Abbey Mukalu admits that there is an ongoing forensic audit at Oil Palm Uganda ltd. He also confirmed that Naidhu fled the country but declined to divulge details.

"It is true we have some challenges but I am not in position to talk about them," Mukalu said.

The financial scandal has led to the delayed payment of several palm oil outgrowers in Kalangala district. The outgrowers are reportedly owed up to Shs 2 billion by the company.

Bidco has up to 40% shares in Oil Palm Uganda Limited and is the sole buyer of crude palm oil from OPUL.

How many times did it happen and I was writing about. This is Uganda and Ugandan watch dogs sleeping.

And you rats are writing every day attacking Museveni and advocating break up of Uganda. Who are you and how dare you to attack us in Uganda day from day,year from year Of course you want Uganda to go bankrupt and to be enslaved again by your

Muzingu masters His come no one in Uganda and outside is not focusing on this and helping us.Pigs that is what you are!!!
Report to administrator
-1 #2 Kelly 2019-02-01 09:43
Afande Wainainchi. I really “admire” you fierce and at times rabid defense of Mr. Museveni.

What I do not know is whether you mean “the president” of Uganda, the NRM, or Mr. Museveni, Janet Kataha’s husband. And you are at pains as to why people attack “us” (whatever “us “ means..I do not know).

But maybe people remind Mr. M7 who unfortunately and painfully for now also holds the docket of the head of state; that (a) when Kuteesa receives $500,000 dollars from a one Ho and M7 also gets $500,000 “gift” and he M7 says it is a “donation” then he is inevitably saying that Kazinda, PS Kashaka (of the LC bicycles), Janadhan Naidhu also donated to themselves. (b) when Salim Saleh admits he bought junk coppers so that the difference can be used “for the welfare of the army”, that is also a donation.
Report to administrator
+2 #3 baingana Daniel 2019-02-01 12:42
I tell you,M7's Bayindi are babbi, just stealing and stealing
Report to administrator
+1 #4 Domazo 2019-02-01 15:13
Here comes another shaft in the ass.
Report to administrator
+2 #5 Kirya 2019-02-01 18:26
He is a thief using Indians to.steal. No surprise
Report to administrator
+1 #6 rubangakene 2019-02-01 21:28
Here we go again; Uganda as ever is this low hanging fruit that every passing Tom, Dick and Naidoos just reap basketful of dollars and squirrel them away in broad daylight.

No wonder we are called a failed state and a shit hole to boot.
Report to administrator
+2 #7 Amooti Mugi 2019-02-01 22:09
Who allowed that thug,that ninkompoopto sneak through the checks at Entebbe airport?

Or is it assisted escape???
Report to administrator
+2 #8 Zaitun 2019-02-04 15:54
The 33 years of Museveni and family rule has seen nothing good to be proud of except robbery, theft, banditism: everything that depicts a man of his negative image.

I am not surprised at all, for birds of the same feather fly together.

How come that Indian was not arrestedby our strong police and spy chiefs at the Airport since we are told he was putting on an electronic bracelet to monitor his movement?

Do not tell Ugandans that the police and the big spy chiefs could not identify that thief from their computer list of wanted men!

Or he bought his way out by giving those security men heavily ladden wallets!

Any way, since he was one of Museveni's men of confidence, he had every space to take the flight without getting disturbed unlike Ugandans who are supposed to be the owners of the country!!.
Report to administrator
0 #9 Lakwena 2019-02-05 09:44
In other words, that's what happens when a government worships and treats the so call foreign investors like foreign missionaries.

In addition to a 25-year tax holiday, what will be stolen and what has been stolen, which we do not know, Shs.74 billion is not a small money.
Report to administrator
0 #10 Kelvin 2019-02-06 15:38
I don't think this is true
OPUL gave a statement that was refuted the claims that they had been defrauded by BIDCO

As media company you need to verify your information before sharing.. Let's fight fake news by social media together
Report to administrator