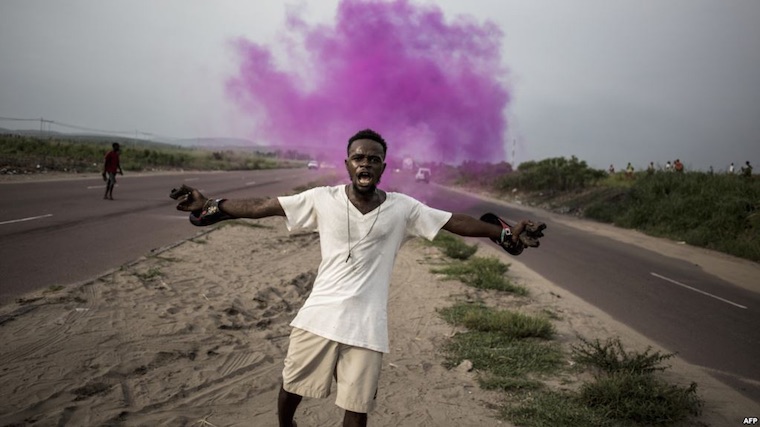 Elections in the Democratic Republic of Congo will be postponed by one week, according to presidential candidates and their aides who were told of the delay.

Earlier, Congo's top electoral official Corneille Nangaa told presidential candidates that the electoral commission will not be ready to hold the election by the original date.

Electoral officials are expected to hold a news conference in Kinshasa. Congo's polls were originally scheduled to take place in late 2016, but were delayed as President Joseph Kabila refused to step down at the end of his second term.

Congolese power hungry candidates are not concerned about the divisive country they have, how poor their people are, while the country is turned upside down & looted of natural resources that go outside the country!

In TV debates Congolese opposition candidates who want to replace Kabile get at one another each saying he is the best, yet non speak of their poor people waiting for real leadership to have chance!

This is why Akot calls Ugandans to UNITY so that Musevnei is throw out by a people who want chance to a new beginning or just reaffirm their desire to go on with tribal leaders, but make them real leaders who administer their lands, serve their people!...
Report to administrator
+1 #2 Akot 2018-12-21 20:40
...Without UNITED action, Museveni is going no where, will continue using Ugandans against one another, while tribal leaders are served, but remain silent & unconcerned about sufferings of Ugandans!

UNITY means after Museveni is thrown out, there will be an administration to take over immediately to see things go well & ensure Ugandans put in place the kind of governance they want!

If Museveni can rule through a divisive tribalistic system, use Ugandans against themselves to ensure he stays on, then our people must know it's them who either keep a ruler in place or throw him out, right?

Will Ugandans be in more danger without Museveni around?
Report to administrator