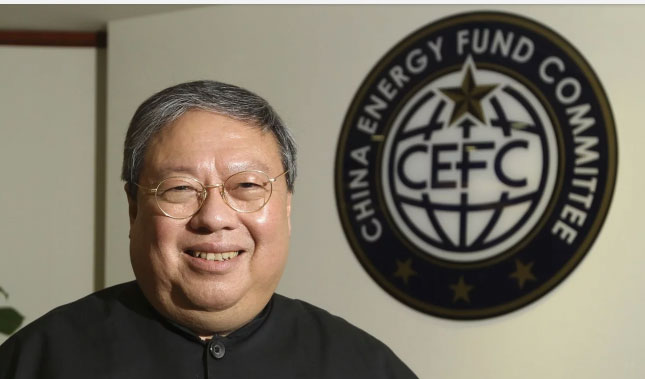 Former Hong Kong Home Affairs minister Patrick Ho Chi-ping has been found guilty by the federal court in USA of offering millions of bribes to several African leaders including Ugandan and Chadian presidents.

Ho was convicted for offering a $500,000 bribe to Uganda President Yoweri Museveni, $500,000 to Uganda Foreign Affairs minister Sam Kutesa and $2 million to Chad's President Idriss Deby. Ho was found guilty after a one-week trial before US district judge Loretta A. Preska in the Southern District of New York of one count of conspiring to violate the Foreign Corrupt Practices Act (FCPA), four counts of violating the FCPA, one count of conspiring to commit international money laundering and one count of committing international money laundering.

The total $1m bribe to Museveni and Kutesa was in a bid to secure business dealings in railway services, infrastructure construction, fishing, hydro-energy, banking and finance as well as tourism for the Chinese conglomerate CEFC China Energy Co. Other potential deals for CEFC included; construction of a Chinatown to boost tourism on land near L.Victoria and possibly an island.

CEFC also offered profit-sharing through a partnership with the Museveni and Kutesa family businesses. Museveni's $500,000 bribe termed as "campaign donation" was delivered in May 2016 ahead of Museveni's swearing in at Kololo ceremonial grounds, never mind that the controversial elections had already been held in February.

Before leaving for Uganda and delivering Museveni's bribe, Ho asked Kutesa for help with the customs officials in regards to Museveni's bribe that was delivered in gift boxes, court heard.

Ho stated in an email also copied Kutesa's wife Edith, "As we are about to board the plan[e] to Uganda, we are preparing to bring with us some very 'nice' gifts to your President and to [the Ugandan Foreign minister] to celebrate the occasion. We shall require special assistance with your customs procedure. Please assist in whatever way you can otherwise we will have to make other plans."

Kutesa’s $500,000 bribe was paid via a wire transfer from HSBC bank in Hong Kong (China) through an intermediary HSBC bank (USA) to Stannic bank in Uganda on May 6, 2016.

Ho’s Uganda-bribery scheme was hatched in 2014 from the time when Kutesa was president of the UN General Assembly.

Court heard that so successful was Ho’s meeting with President Museveni, that he wrote to CEFC chairman Ye (who also worked as a special advisor to Kutesa during his time at UN) that Museveni was willing to undo already completed bids in oil blocks in order to award the concessions to CEFC.

As for the Chad bribery scheme in which $2m was paid to President Deby, it was aimed at securing oil deals in the poor West African nation. 69-year-old Ho will be sentenced on March 14 and faces up to 65 years in prison. He was found guilty on seven of eight counts of bribery and money laundering by 12 jurors (nine women and 3 men).

“Patrick Ho now stands convicted of scheming to pay millions in bribes to foreign leaders in Chad and Uganda, all as part of his efforts to corruptly secure unfair business advantages for a multibillion-dollar Chinese energy company,” said US attorney Geoffrey Berman.

“As the jury’s verdict makes clear, Ho’s repeated attempts to corrupt foreign leaders were not business as usual, but criminal efforts to undermine the fairness of international markets and erode the public’s faith in its leaders.”

The conviction of Ho comes just days after Museveni was given a corruption fight award at the 25th anniversary celebrations of Transparency International, Uganda Chapter in recognition of his efforts to fight against corruption.

At the ceremony, Museveni told the gathering that his own father Mzee Amos Kaguta was corrupt because, he, had in possession at his home, government branded veterinary medicines. Museveni said his fight against corruption had been frustrated by the people in civil service and politicians, who despite their good pay, still steal public resources. He said on December 10, he "will announce new measures in our renewed fight against corruption. That said, there is corruption in Uganda. It stems from the colonial times."

"We also made the mistake of assuming that elected leaders would diligently serve in their people's interests. We gave people power to elect leaders, who instead of offering oversight have joined the corrupt class," Museveni said.

No outsider will ever "apprehend said principal's co-conspirators in Kampala" because as long as Museveni is president/chief tribal leader of Uganda, protected by our people & immune to outside court proceedings!

But once Ugandans throw Museveni out, he will then be exposed/without protection & can be brought to any court of law: even Ugandans can then bring charges against him!

Only Ugandans have the key to Museveni's future but it appears our people prefer him as their president/chief tribal leader, so he will NEVER be brought before any justice!
Report to administrator
0 #22 Akot 2018-12-07 19:20
mungu, agreed, but,

Museveni will leave the tribalistic system in place, so who will be the next president/chief tribal leader & will he/she be accepted by all tribes?

But of course if Museveni's family continue their family business, then Ugandans will go along & tribal leaders will remain in place maintaining the tribalistic system in sislence!

Why are there still so called opposition leaders when non will ever occupy the top post without Reformation of the Republic?

In a normally run nation these two Corrupt individuals were supposed to resign.

No one can change a thing in Uganda for Ugandans, no outsider will intervene as long as Ugandans go along with Museveni & the entire system that serve him!

The country belongs to Ugandans & they alone can throw him out by embracing "UNITY" for common purpose, as the rest of the world does!

Denouncing Museveni will change nothing, but tribal leaders bringing down the tribalistic system & UNITY of Ugandans against him will force him out, then the outside world will help our people!

When international investigators dig deeper, they will find more illicit money banked offshore by Uganda's corrupt ruler for 32 years (The Despot-for-32-Years), and even more cash and assets by his corrupt ruling-class buddies.

The Despot-for-32-Years alone has $14b -- yes billions, not millions! -- (as of reliable data dating to 2014), the cash and assets are hidden in Sri Lanka, Singapore, The Bahamas, The Cayman Islands and other so-called "safe havens".

Sooner or later (sooner, actually) the long arm of the law shall get him and Uganda will enjoy real freedom.
Report to administrator
123