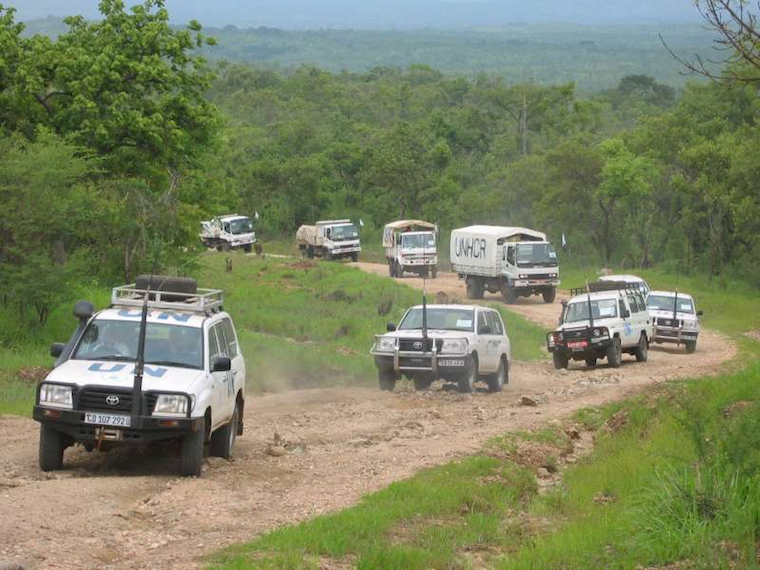 A United Nations internal audit has revealed gross corruption and mismanagement of funds meant for the refugees in Uganda.

Uganda has been widely recognised for its open arms refugee policy but at the centre of a massive corruption scandal and misnamcgement is; the United Nations High Commissioner for Refugees (UNHCR) and the Office of the Prime Minister (OPM), the major agencies managing refugees in the country.

The audit carried out by the Office of Internal Oversight Services (OIOS) between January and May 2018 covered the period between July 1, 2016 and December 31, 2017. The audit report released on November 28 has made a number of recommendations; including recovery of several misappropriated funds, review of UNHCR management, corruption and fraud mechanisms, review of UN’s dealings with government on projects implementation among others.

UNHCR which spent at least £161 million in Uganda last year according to the audit report, has been essentially accused of colluding with the OPM officials to mismanage refugee funds. Among the discoveries unearthed by the audit, is the handing of $320,000 (about Shs 1.2bn) to OPM to buy land for refugee registration activities yet the government’s own valuation was at about Shs 520m.

After approval by UNHCR, OPM procured a plot of land adjacent to its office for $320,000. According to UNHCR, the reason for the purchase was to expand the OPM office for refugee registration activities; however, at the time of the audit, the land was being used as a vehicle parking lot.

The auditors concluded that the price paid for the “land was inordinately high” since the government’s own valuer had valued the plot at just $140,000 (Shs 520m). Similar sized plots in that area, the audit discovered ranged from $110,000 to $165,000.

When requested, OPM was not able to provide to UN auditors the title deed for the land to confirm its ownership, and UNHCR could not demonstrate that sufficient due diligence had been done prior to approving the purchase, such as a needs assessment. UNHCR headquarters was not consulted on this purchase.

While it’s against policy for the implementers not to derive direct economic benefits from the projects, OPM officials were receiving up to annual allowances of $24,000 (about Shs 89m) from the UNHCR project, and were provided with UNHCR vehicles and fuel allocations.

Such arrangements, the auditors note, gave rise to a conflict of interest. Prior, in 2016, an external auditor had raised similar concerns regarding fuel expenditures and recommended for the recovery of $250,000. These irregularities apparently continued into 2017.

The auditors discovered that the submitted fuel payment receipts were in exact sequential order from the same fuel pump signed by the same attendant, even though there were gaps of days between fuelling.

Also, none of the fuel requisitions were approved and there were no consumption reports to assess average fuel consumption rate per vehicle while the logbooks of vehicles were not always updated. Particularly, the UNHCR vehicles assigned to OPM recorded excessive fuel usage.

The auditors discovered that OPM paid monthly allowances to 72 possible ‘ghost’ civil servants totalling $283,000 (Shs 1bn) annually. There was no provided documentation to the auditors to substantiate that these civil servants were working on UNHCR projects, as there were no staff contracts, terms of reference or time sheets.

According to the audit report, UNHCR designated up to $31.2 million in 2017 to 31 partners, mainly in the areas of construction, fuel, water trucking, medicines and services.

However the auditors noted that the agency “did not conduct a cost-benefit analysis or an assessment of the capacity of partners to conduct procurement prior to delegating it to them, as required by UNHCR procedures. The agency also did not implement adequate monitoring and management oversight at different levels to ensure compliance with UNHCR procedures.”

As such, the auditors note, due to this weak monitoring, an unnamed partner approved payments totalling $400,000 to a vendor using supporting document rather than original copies for the construction of communal latrines and temporary waiting shelters.

As a result, the audit found out that the costs were inflated by $63,000 for the procured items in comparison to was available in the market. Even after the discovery of this financial loss, the audit report notes that no action was taken against the vendor.

In Adjumani, late November, the performance monitoring team concluded that 7 of 10 project activities for all partners were either partially implemented or not implemented, and recommended that the project budget for one partner be reduced. No action was taken to address the underperformance and reduce the budget at this partner.

The auditors discovered an over payment for water trucking vendor of over overpayment of $7.7 million out of the $27 million paid to vendors.

Despite UNHCR’s persistent efforts, OPM did not provide the agency access to registration data for almost three years up to the beginning of 2018 which affected programming, distribution of assistance, resettlement processing, case management, and planning of cash-based interventions, the audit notes.

According to the audit, throughout 2017, information on weaknesses and allegations of irregularities in the OPM registration information were increasing from partners, the World Food Programme and key donors in Uganda, who all questioned the reliability of the registered refugee numbers.

“At all levels and for a number of years, UNHCR was fully aware of the key weaknesses in the registration process and its system, and associated risks.” reads the audit.

In a statement, UNHCR admits to “clear gaps and weaknesses in risk management in a number of areas” during the period between July 2016 and December 2017.

“UNHCR worked closely with the OIOS auditors, who came to Uganda in February 2018, identifying issues and providing information that was used in the audit. We have accepted the recommendations of the OIOS auditors and have been working to address them well before this report was issued on 27 November, including in conjunction with Uganda’s Office of the Prime Minister.” the statement said.

UNHCR statement further said they had taken measures including revision of refugee registration, relief distribution, risk management among other interventions.

+1 #1 Akao 2018-12-04 03:26
Its great that these people are starting to get exposed,they live lavishly on the back of tax payers from other countries without working a day in their life.

All the donors should come down hard on them, they have gotten away with it for too long.
Report to administrator
+1 #2 kabayekka 2018-12-04 09:33
Mr Akao, the implication right from the start of the refugees of Palestine 1949 to the current ones of 2018 is enough time to expose the UNHCR as an institution well equiped to make lots of money out of war conflicts around our beautiful blue planet.
Report to administrator
+1 #3 Zzungulu 2018-12-04 10:23
Its an enigma, these OPM getting away always with corruption practices, cant partners do away with dealing with the thieves and do the work directly with remaining upstanding institutions?

The stealing and robbery is continuous because the head is rotten......we are tired of the same story again and again
Report to administrator