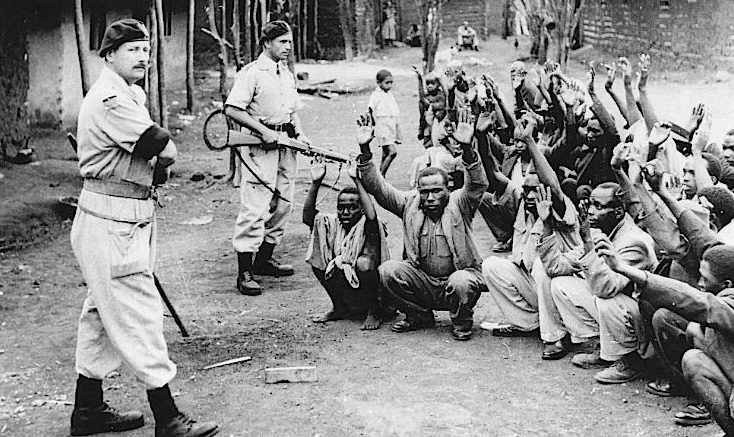 As independence approached, the British introduced a policy of purging documents containing details of their activities in the colonies, including Uganda.

This policy, codenamed ‘Operation Legacy’, started in India which got independence in 1947. However, it was not a top-bottom directive that originated in London; rather it was initiated in the colonies to match the circumstances.

The goal was to save the honour of Britain and the local collaborators. An article by Shohei Sato tilted “‘Operation Legacy’: Britain’s destruction and concealment of colonial records worldwide” published in the Journal of Imperial and Commonwealth History last year, says the policy with regard to colonial documents worldwide evolved from “destroy” to migrate”, to “conceal”.

On May 3, 1961, the colonial secretary sent guidance on the disposal of the classified documents to Tanganyika, repeating the message to Uganda and Kenya. However, discussion of the policy seems to have started at an earlier point.

The earliest record that discussed the selection of documents for the purpose of preventing “embarrassment” in Uganda goes back to an earlier date, of April 21, 1960. On February 27, 1961, a letter was sent out to the Treasury in London asking for “an obliterating agent”, one which under any process would not reveal what had previously been written before obliteration.

The next day, presumably before the once in Uganda received a reply from London, a memorandum was sent from the private secretary of the chief secretary of Uganda to all heads of departments ordering them not to hand over to the new government any documents which may: “prejudice the defense of the Commonwealth in the event of war; or embarrass Her Majesty’s Government or any other Government or the present Government of Uganda; or lead to the identification of a source and thereby to the possible victimisation of that source; or provide information which might be used for the victimisation of any person”.

Documents that could be passed on to the new state were called “Legacy papers” or “Legacy files” and the ones that had to be burnt or kept secretly were called the ‘DG’ papers.

The symbol “DG” was applied with a rubber stamp in the top right-hand corner of correspondence to distinguish the “dirty” papers. “DG” originally stood for “Deputy Governor”.

This misleading acronym was deliberately chosen: if “dirty” material so marked fell into the hands of unauthorised persons, it could more easily be explained away by saying that it was merely an indication that it was a subject falling within the portfolio of the deputy governor.

The purpose was not only to protect Britain’s reputation but also to remove those papers likely to be embarrassing to African leaders, officials and politicians in the future. Whereas “DG” was used for correspondence within Uganda, exchanges outside he protectorate that were to be kept away from the eyes of unauthorised persons were marked as ‘Personal’.

The general idea was that the operation should only be known to, and carried out by a civil service officer who was a British subject of European descent. Thus, neither “DG” nor “Personal” was a security grading; rather, it was more of a racial indication: both could be “used in conjunction with restricted, confidential, secret or top secret classification” but top secret material was always marked ‘Personal’.

Among the conventional ‘restricted’ documents were those marked “U.K. Eyes Only”, “Guard” (not to be seen by US citizens) and “Personal” (not to be seen by unofficial ministers). Though not much used in Asian colonies, a racial dimension in the operation came to the fore in African colonies.

A case in point: on March 3, 1961, R.E Stone, a graduate of Wadham College, Oxford, and who came to Uganda as a cadet in 1937 and codenamed “the resident of Buganda” wrote a letter to the chief secretary in Entebbe requesting “permission for Mrs. O.E. De Souza to be an authorised officer”. De Souza was originally of Portuguese nationality from Goa, India.

Goans in Uganda were reported to have been mostly Roman Catholics and hence cut off by religion from their fellow Asians and by race from fellow Ugandans.

She was married to a naturalised British in 1938. Having signed a “Declaration of Acquisition of British Nationality” before a Commissioner for Oaths, she came to be regarded as a citizen of the United Kingdom and Colonies but she was not naturalised in the strictest sense.

The “resident in Buganda” considered her to be thoroughly trustworthy, loyal and discreet since her work had been to his entire satisfaction. He was quite satisfied that she would never divulge any information of any nature which is entrusted to her.

However, the officials in the governor’s office took a different view. They did not question her loyalty or discretion—in fact; these were thought to be beyond reproach. But despite her competence, it was suggested that “Mrs. De Souza should not be ‘authorised’”.

It should be noted that these discussions took on board not just the racial background of the officers but also their nationality, as well as their official status. A draft letter written in late 1961 noted: “On no account should any personal communication be shown to any African, to a person of an- other nationality other than British, or to a non-official”.

The officers in Uganda were conscious of the global repercussions of their work. They believed that the same rules they applied were and had to be shared in London and other British colonies worldwide.

So, why did they have to exclude non-European officers from the operation? Clearly both De Souza and a certain Venkateswaran had been trusted on an individual basis, but now the situation had changed.

A document written later mentioned the possibility of causing offence to anyone of whatever race who may read it! A year later, one of the ministers, most likely of African origin, lodged a complaint about the destruction of records. The response received was that it was only usual practice to destroy documents that had lost value.

The response included the following line: ‘If you have been handicapped by lack of information with regard to any specific subject or district, perhaps you would let me know so that I may ascertain whether you have been correctly informed regarding its destruction.’ On June 16, 1961 it was recorded that the purging of documents “should now have been completed”.

However, after burning a large portion of the documents, transporting (migrating) the remaining ones presented another major task. In British eyes, there could be no question of an African courier carrying “D.G.-classified” mail, since it would only take one road accident to the courier’s car, with the dispatches stolen while he was lying injured or unconscious, to create a very inconvenient and undesirable situation.

The challenge was not only to send an enormous amount of documents securely, but also to do it in such a way that those involved in the transportation would have no idea of what they were doing.

Even when the documents were delegated to the Royal Air Force, which shipped them in strong, yet light containers suitable for air transport from Uganda, via Nairobi, to Britain, the officers decided to remain low-key, by deliberately not treating the cargo as classified material.

Although sources reveal the discussions about who were permitted to take part in Operation Legacy, they still left an important question unanswered: how did the authorised officers choose which records to destroy and which to keep secret?

However, one case provided a rare glimpse of the facts of this matter. In January 1962, Stone was sorting out the sensitive records in his office, when he realised that some of the archives would be of immense interest and value to anyone who would come up to write about “the fascinating events of recent times”.

He suggested that the files, which contained a good deal of “dirty” material, should be sent to the Colonial Office back in Britain, and in due course “they might perhaps be used by some historian”.

First, the authorised officers weeded out the files that seemed to contain some sensitive records that might caused trouble if they were to fall into the wrong hands. Second, when they found in those sensitive files something that might be of future use or historical interest, the whole file was sent to London, while the rest were destroyed.

Thus, sensitivity was the first criterion and historical interest was the second. Additionally, the pressures of time and lack of manpower were overriding concerns. A letter issued in June 1961 reads: “Time is pressing and it is essential that we settle these matters one way or the other very soon.”

The feeling of time running out was not just the result of the prospective independence of Uganda but also of the in- creasing “Africanisation” of the British administration in Uganda.

The fear was that, unless they finished sorting out the sensitive records very quickly, it would not be long before information about the scheme fell into the hands of an “unauthorised person”.

So, significant time constraints either perceived or real, were at play. On top of that, there was a notable shortage of manpower. One of the officers in Uganda complained to the Colonial Office: “Even in this office, it took me just about three months’ hard work to ‘purge’ only the current security graded files and we are still in the process of ‘purging’ the records.”

The role of London during this period seems to have been limited. Finally, the next month, the Colonial Office issued a general guideline on the disposal of records.

This guidance went into some detail regarding the selection process, including instructions to destroy files on political intelligence; whatever the security grading, and all correspondence referring to Colonial Office print series.

It also asked for the colonies to submit “a destruction certificate” when purging certain types of materials. However, at the end of the day, weeding out the documents that circulated within the colonies, as opposed to the correspondence with the Colonial Office, had to be left for “local decision at the discretion of the Governor”.

Thus, the regional initiative that came from the British civil service in Africa was accepted as a norm in London and was transmitted elsewhere. Some of the “migrated archives” were recently “newly discovered” and de- classified under the Foreign and Commonwealth Office (FCO) 141 series.