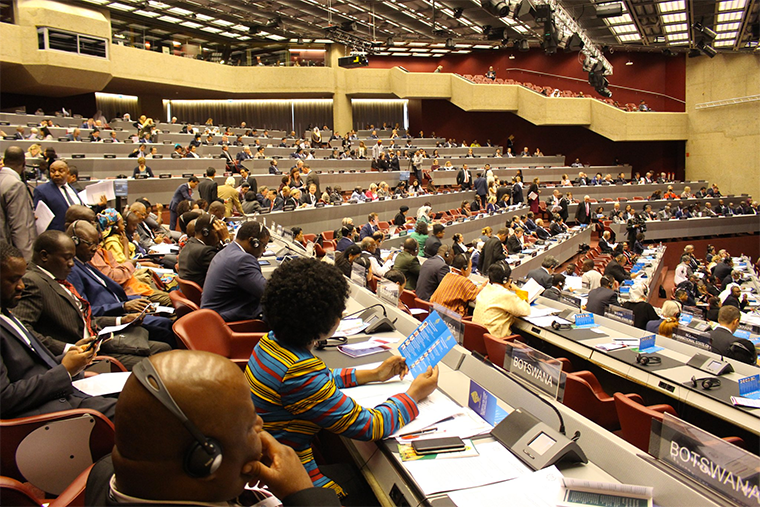 Legislators at the 139th Inter Parliamentary Union (IPU) Assembly have for the second year running opposed plans by pro-gay nations to introduce the debate on the agenda.

The 139th Assembly of the IPU is currently going on in Geneva, Switzerland. Representatives from the pro-gay nations on Monday moved an amendment to the IPU rules to have the debate on the rights of homosexuals even after objections from mainly Muslim and African members.

The proposal moved by the IPU standing committee on Democracy and Human Rights is meant to be considered on Wednesday during the IPU general assembly sitting but members of the committee decided to introduce amendments to rules that could make it impossible for the General Assembly to change or debate anything passed by the standing committee.

The committee on Democracy and Human Rights chaired by Botswana's Tshireletso argued that the proposal had received overwhelming support in the committee and that the decision should be adopted without debate in the Assembly.

This prompted the IPU president, Gabriela Cuevas Barron to propose that members lobby and campaign in order to vote on a question whether the Assembly can change the work plan and agenda of the standing committees.

President Barron informed delegates that the results of the vote on the motion would be followed and no further motion will be allowed. Ugandan legislators led by speaker of parliament, Rebecca Kadaga, rallied other legislators in different geopolitical groups to support the motion, which could allow the Assembly to amend different issues in the committee report that had already been adopted by a smaller group of pro-gay supporters.

Following the vote, 671 IPU MPs voted against the proposal with 120 abstaining throwing the Ugandan MPs in jubilation for their stand against any gay debate in the Assembly. Kawempe North MP Latif Sebagala thanked countries that stood firm and supported the motion to allow the Assembly to amend the committee reports.

"We are very grateful to all IPU countries that have supported this; we knew about these backdoor plans and I informed the Parliamentary Union Islamic Conference.  We all agreed that we should fight this item," Ssebaggala said.

Busiki County MP Paul Akamba Paul referred to the vote as a win in the battle that they came ready to fight. He thanked the Asian community that stood with the African majority to fight gay issues that have often been smuggled onto the IPU agenda.

"Article 1 clause 2 of the IPU statute talks about defending and promoting only those rights that are accepted universally and issues of LGBT community as you can see have been widely opposed. IPU should restrain itself from such useless debates," said Akamba.

Buhweju County MP Francis Mwijukye Francis called upon legislators to always pass laws and vote on issues that will help their people and also promote their cultures. He also applauded all the legislators who voted in favour of the motion and called them the true leaders who respect the laws of God and the Constitution of the IPU parliament.

"We shall continue to fight the LGBT issues on the international level until people here appreciate that same-sex is inhuman and anti-culture," he said.