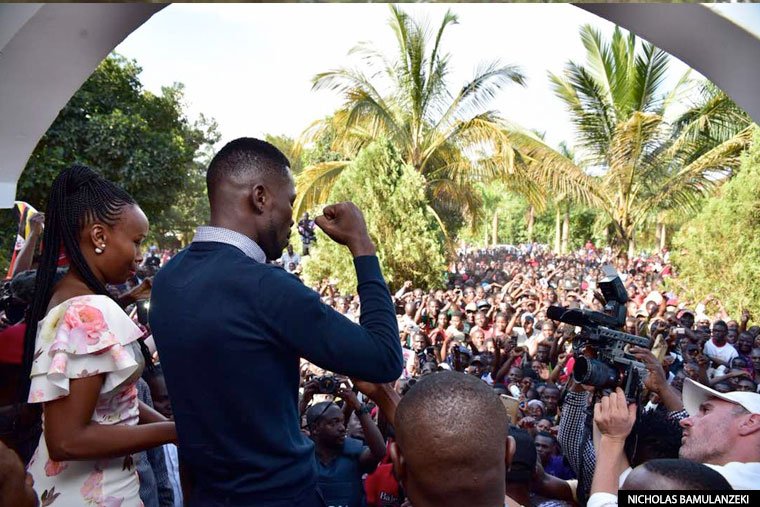 "The power of the people is much stronger than the people in power" is a famous quote attributed to Egyptian internet activist and computer engineer Wael Ghonim.

His name made headlines when, during the Egyptian revolution, the 30-year-old Google executive was abducted by Egypt's state security and detained for eleven days. Today, he is praised for using the power of the internet and social media to mobilize and fight for social justice, democracy and human rights in Egypt.

In his memoir Revolution 2.0: The power of people is greater than the people in power (2013), Wael explains why he believes that it is such people power that turned around Egypt's fortunes.

"No one was a hero because everyone was a hero. Everyone did something - small or big they contributed to bring us one of the most inspiring stories in the history of mankind. And there was no plan, we didn’t know what are gonna do, we don’t. There was no leader." Wael said.

The 'People Power' phrase has now been adopted by Kyadondo East MP Robert Kyagulanyi aka Bobi Wine now seen as the founder of a new emerging strong political movement, People Power Our Power. The movement is so popular amongst the young citizens who are the majority of the population.

The movement has been tested in recent by-elections held in Jinja, Bugiri and Arua municipalities, where Bobi Wine turned around voting patterns in favour of the opposition. His message spread like wildfire and soon he would win himself international admiration for standing up to challenge President Yoweri Museveni.

"People Power is not a political party or political organisations for that matter. We’re aware that the state is so scared of the people who come together regardless of their political affiliations, regardless of tribe or religion but people who envision an idea of having power back in their hands. And I want to emphasise that every Ugandan has equal stake in the idea of people power." he said of the People Power movement recently.

He said that the People Power campaign is to ensure that citizens are in charge of their destiny and that they can use their stake in the country to end abuse, corruption, bad governance, and restore rule of law.

"The people should be the real masters of their destiny. The leaders should be scared of the citizens and not the other way round. But here in Uganda, the citizens are scared of the leaders because the leaders will beat them if they dare raise their voices. So People Power is everybody. People Power is an idea. It is unstoppable. Let us stand together or remain slaves oppressed in our own country." he said.

According to Bobi Wine, one does not need political lenses to understand people power, which he traces back to Article 1 of the Ugandan Constitution. It reads "All power belongs to the people who shall exercise their sovereignty in accordance with this Constitution."

Ivan Kyeyune, the general secretary People Power movement says the wave can be identified as a pressure group that is trying to mobilize youths to join leadership and take charge of the country. He says the emergence of People Power stems from a misrepresentation of Ugandans by current leaders, and lack of accountability from the leaders.

"To bring change in this country it will not depend on positions like many people have gone on to manipulate the youth. We want every youth to make self evaluation at themselves to see - if I don’t wake up now where is my country in the next 10 years. If I don’t join actively in all levels of leadership, how shall we eradicate the old people that are galvanising themselves in positions? They don’t bring out laws that help the youth, the youth is detached from the old leadership." Kyeyune.

Kyeyune says that although People Power does not have a structure, they are united by the current problems Uganda is facing. He adds "one does not have to register to belong to People Power, there is no hierarchy of leadership and that anyone can be a member of People Power as long as he is for change," he says.

Kyeyune adds that the idea is to enlighten the young men and women in Uganda, about the power they hold in their hands than the powers of those in offices.

The message seems to be sinking even among legislators who seem to believe that People Power is the new opposition force that will change the course of politics in Uganda.

Kassanda North MP Patrick Nsamba Oshabe says that for such a long time, there have been dominant players in the political field, but People Power is now a force to reckon with. He says several MPs are pondering their next political move due to the emergence of People Power and the supposed weakening of the country's opposition.

I can bet that this will be the most interesting TOPIC ) poll ) that OBSERVER has ever done.

I say that it is not enough to grumble endlessly about a cancer if we dare not name a pharmacokinetic that may help to solve the disease.
Report to administrator
+2 #32 Kent Mawa 2018-10-03 23:11
I like Betty Nalubega`s list, though I am not sure who should be what.

I also think that Muwanga Kivumbi should be high up there on the list. He is very informed on matters of security.

Presidential advisers would hold a status of a cabinet Minster and a job description of a Company Board Of Directors i.e , have constitutional powers to check the functions of the government.
Report to administrator
1234