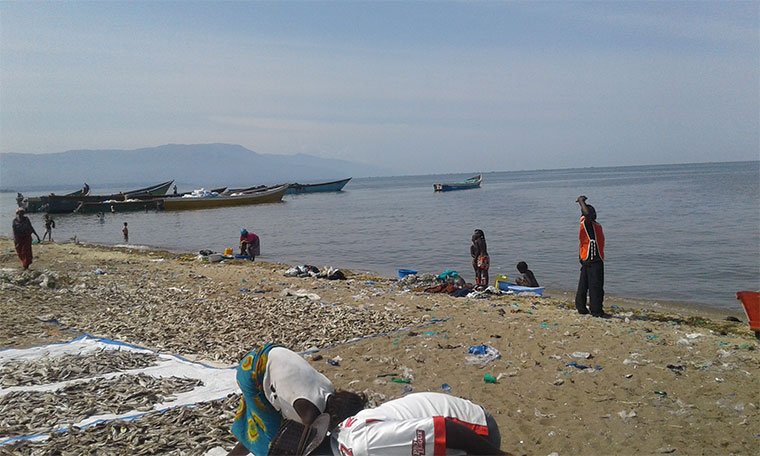 Health officials in Bunyoro sub-region have been put on high alert following reports of an Ebola case at Tchomia landing site in Ituri province on the shores of Lake Albert.

Tchomia landing site is the closest Democratic Republic of Congo (DRC) landing site to Ugandan districts in the Bunyoro sub-region On Friday, Ituri province vice governor Keta Upar said in a statement that the latest Ebola case had been reported in Tchomia.

Tchomia is one of the busiest fish markets in eastern DRC and attracts several Ugandan businessmen from the landing sites of Butiaba, Walukoba, Kijangi, Kaiso,Sebigoro, Nkondo, Ndaiga, Ntoroko, Kyehoro and Fofo from the districts of Hoima, Buliisa, Kikuube, Ntoroko and Kagadi.

Usually, Ugandan businessmen cross to Tchomia market on a weekly basis - posing a big threat that the Ebola outbreak can easily be brought into the country. Tchoima fish market operates every Thursday.

Dr Fredrick Byenume, Hoima district health inspector warns the public to be vigilant and report any suspicious cases to the nearby trained health personnel deployed along the shores of Lake Albert.

He says next week, the district health department will embark on training of case management personnel who will be equipped with all the necessary techniques of handling Ebola cases.

Simon Agaba Kinene, the Buliisa LCV chairperson says since Buliisa is one of the districts that is at the border point with the DRC, the district leaders have teamed up with health officials to conduct massive sensitisation and screening of those entering the district from DRC through the Lake Albert waters.

He too warns the people of Buliisa and Bunyoro at large to be conscious and immediately report any strange cases to trained health officials.

The current Ebola outbreak in  North Kivu and Ituri province was officially declared on 1 August and has since killed 97 people. Another 46 are believed to be infected, while more than 1,750 are under active surveillance, according to the World Health Organization.

The situation has been tense at the Uganda-Congo border with increased surveillance and sensitisation drives since three deaths were reported in the city of Butembo, 51 kilometres from the Mpondwe border post. The post is a hub for Congolese mineral exports and imports from East African ports through Uganda.

The World Health organization said earlier that it was aiding Uganda to set up the "ring vaccination" strategy being used in Congo in order to ensure that the deadly disease does not cross the borders.