The candidates who have picked forms include 45 independents, six from the ruling NRM, and four from opposition political parties (2 FDCs, 1 DP and 1 UPC). After a week of controversial party primaries, BENON HERBERT OLUKA looks at whether Uganda is sending the right people: -

As candidates to represent Uganda at the East Africa Legislative Assembly (Eala) jostled for their respective parties’ slots last week, Sheila Kawamara-Mishambi, a pioneer member of the regional parliament, could not help wondering whether there was method in the selection processes.

In the NRM camp, 43 candidates returned forms to contest for six slots. In the opposition parties, the Forum for Democratic Change (FDC), Democratic Party (DP) and Uganda People’s Congress (UPC) were splitting hairs over the two seats available to those on the other side of the political aisle. 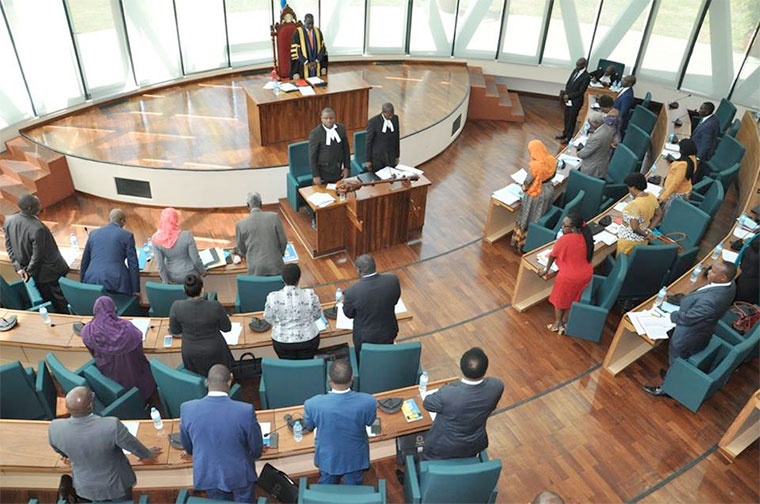 At the NRM’s controversial primaries, which were undertaken by the party’s caucus last week at State House, Entebbe, the rules kept changing like clockwork, candidates oscillated between contesting and boycotting, and a fight eventually broke out over alleged vote rigging, before the nominees could be confirmed.

Most of the candidates vying for the NRM positions were former losers in national parliamentary elections, prompting President Museveni to declare that Eala was not an “employment bureau” for political job seekers.

“This election is just an election; elections are not employment bureaus that you are here to give jobs to jobless people but people who will support the integration process,” he said.

But Ms Kawamara-Mishambi believes that Museveni and his party should have gone a step further to have some kind of Eala strategy, if Ugandans are to reap from its representatives at the regional parliament, and from the wider integration project.

“The NRM should say for the next five years this is where we want to go and these are the [kinds of] people we would want to go and represent us at the regional body and those are the people we are investing in and now we are sending them to gather for us,” she said.

JUNK IN, JUNK OUT

Veteran politician Aggrey Awori, a member of NRM, also says Uganda should be sending experienced people who “know the foundation of the house that they are going to build.”

“You know this question of just sending people [to Eala] for the sake of it, or because somebody has got some extra cash that they can throw around, we end up sending there incompetent people,” said the former minister for information and communications technology.

Awori said he contemplated contesting for an Eala seat but decided against it after concluding that the political environment would be hostile to a candidate like him. Last Saturday, leading opposition parliamentarians Ssemujju Ibrahim Nganda (Kira Municipality) and Abdu Katuntu (Bugweri) also argued that the criteria being used to nominate Eala candidates either side of the political aisle denies Uganda the chance to send dependable leaders.

“The one opportunity we have lost in choosing people who go to Eala is the issue of quality,” Ssemujju said on the Capital Gang talk show. “NRM people like [Mathias] Kasamba, [Mary] Mugyenyi and [Rose] Akol are accomplished. The rest are going to learn [the role of an Eala MP]. I don’t know how much time Eala allows people to learn.”

Like Kawamara-Mishambi, Ssemujju believes some of the best candidates for Eala are those who deal with regional issues on a day-to-day basis such as manufacturers, cross-border traders and those using shared resources.

“There is an interest for them at stake to go to a regional body and use that platform to do something,” said the FDC spokesman. “But the majority [of those currently aspiring to go to Eala] are just looking a [job] opportunity.”

LESSONS FROM THE PAST

Kawamara-Mishambi served in Eala from 2001 to 2006, before Uganda reverted from the “individual merit” Movement system to multi-party democracy. A former journalist, she joined Eala on the back of her contribution as a civil society activist to the development in 1999 of the Treaty for the Establishment of the East African Community (EAC).

“We organised civil society organisations across the East African region and we made resolutions that we took to the EAC. We had to do consultations and make an input into the EAC Treaty,” the former executive director of Uganda Women’s Network (Uwonet) told The Observer.

“When the time came [for election of Eala MPs], it was agreed within the women’s movement that we get our own representation because we knew our issues would never be voiced at Eala. They would remain on paper.”

Others were veteran UPC politician Yona Kanyomozi, Capt Richard Dudu Beka, and Sarah Nanziri Bagalaaliwo, now on the boards of two commercial banks and the Coca-Cola franchise in Uganda.

Kawamara-Mishambi recalls that when she first arrived at Eala, she found that she was out of her depth because she found that “the job up there [was] very challenging.” It took a while before she could find her feet.

“I felt very illiterate when I went to Eala,” she said. “In my first two months, it was like I had never gone to school. The discussions that were going on were far above my head.”

One of the issues that vexed Kawamara-Mishambi was setting up the legislative framework for the negotiations between EAC and the World Trade Organisation (WTO). She attended two WTO meetings on behalf of Eala as part of her role at the regional parliament.

Although she is satisfied that she (and Ovonji-Odida) did a good job as advocates for gender issues in Eala,  Kawamara-Mishambi says her five years as a legislator in the regional parliament “felt like I was in a classroom.”

“I didn’t want to feel so stupid; so, I would read,” she said. “I read huge volumes of books day and night to keep up. But some of our colleagues would just dodge the meetings.”

It is such experiences that convinced  Kawamara-Mishambi that Uganda needs “to be more strategic and more focused in how we choose our people.”

She said, “Before they decide who goes, it would have only been sensible for our leaders to understand what the East African Parliament does and why we need it.”

Awori argues that the attempt to have some form of regional balancing in the Eala elections locks out more competent people who could advance Uganda’s agenda.

“Let us elect people who can do the job. Trying to balance for the sake of it gives room to people who are not tested,” he said. “That’s why countries like Rwanda and Kenya are beginning to take advantage of EAC because of the people they are sending to Eala. They know how to strategise.”

Without a strategy, it was perhaps no surprise that when Uganda’s turn came to occupy the office of Speaker, there was a failure of leadership, which led to the impeachment of Margaret Nantongo Zziwa.

Awori says the calibre of politicians that Uganda sent to Eala contributed to the shambolic performance of Uganda when its turn came to lead the regional assembly.

At some point, Uganda’s Eala members were accused of fighting over a son of a former Tanzanian president at a hotel in Arusha, a love-fight that spilled into Eala matters. It is said that during the speakership of Abdulrahman Kinana, who once served as a deputy foreign affairs minister in Tanzania, he advised President Museveni that if Uganda is to make the most of its Eala representatives, it would have to send more experienced legislators.

Eala is composed of 45 members from the five EAC countries; Tanzania, Kenya, Uganda, Rwanda and Burundi. The members are elected indirectly by the respective national parliaments for a five-year term of office that is renewable once. In addition, Eala also admits five ex-officio members.

Eala members are elected from both the ruling party and the opposition, in line with the proportional representation in the respective national parliaments. A brief on the regional parliament’s website quotes Article 50 of the EAC Treaty, which requires that Eala’s members must “represent as much as it is feasible, the various political parties represented in the National Assembly, shades of opinion, gender and other special interest groups in that Partner State.”

Awori said Uganda should be using its representatives to help the country bring its national legislation into tandem with regional laws so that ordinary citizens can benefit from operating in a bigger market.

In order to achieve this, the former Samia Bugwe North MP, who also contested for president in 2001, said Uganda should be sending its best and most experienced brains to help formulate regional laws but also negotiate for positions that are favourable to the country and its citizens.

“Let’s send people who have got a network. Someone who knows somebody in Nairobi or Bujumbura or Arusha,” he said. “We also need to recognise the need for communication because it is now mandatory to speak Kiswahili in the next legislative assembly. How many people going there know how to speak Kiswahili?”

As such, Awori believes those aspiring to join Eala should be subjected to a rigorous interview process before the February 27 election at Parliament, not merely a five-minute speech before legislators where they end up regurgitating statements they have crammed beforehand.

That view is shared by Katuntu, who believes there should be some kind of standard that must be maintained by both NRM and the opposition. He also urges for dialogue between the opposition political forces on bi-partisan matters that affect the country such as the kind of candidates to send to Eala.

However, Katuntu believes Uganda’s politics has degenerated to a level where no common ground can be reached on bi-partisan matters. He says the contentious processes of electing Eala representatives in all the political parties should be an eye-opener to the fact that there is need for a national conversation on the way forward.

“We needed a bi-partisan conversation on the sort of people we should be sending to Eala,” he said. “That is why I feel so bad when some of us try to talk to NRM and some people say, ‘Why are you talking to them? Look at a situation like this. Can we avoid talking to each other? We cannot.”

The other should be experience in international relations.