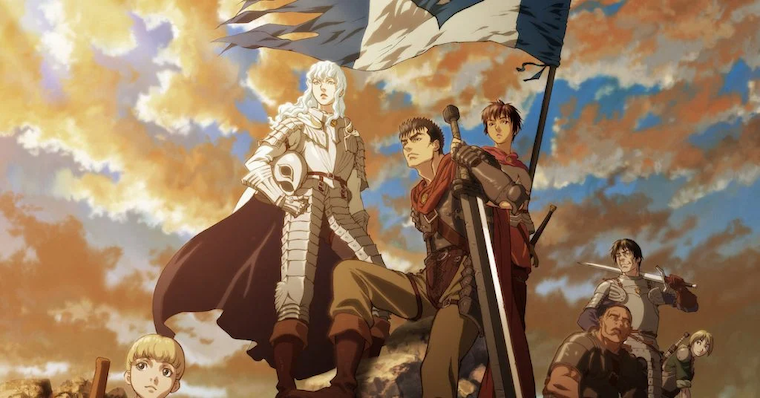 Today I am casting my gaze ahead to see if any upcoming anime releases in the Fall Season have the potential to win me over.

So far, I have only noted one candidate, and it is not Berserk: The Golden Age Arc. I tried and failed to watch the original films. I have no intention of giving my time to the remastered TV broadcast.

I know Kentaro Miura (RIP) fans love this franchise, but it is not my cup of tea. If you missed out on the original movies, you can watch the first episode of this fantasy horror show on October 2.

I will probably tune in for the first episode of Bleach: Thousand Year Blood War when it airs on October 10, just to gauge the art and animation.

Otherwise, I will wait for the season to end before binging the whole thing. The anime will cover the final arc of the manga, in which a Quincy army invades Soul Society. I will say this; the first half of the thousand-year blood war was excellent. The second part fell flat because Tite Kubo had too many balls to juggle.

Speaking of juggling, or rather dribbling, I can’t wait for Blue Lock (October 8). If you love this genre, Blue Lock may go down in history as the most electrifying sports anime you have ever seen, assuming they adapt the manga skillfully. The show follows a group of soccer strikers striving to survive a grueling training camp.

I rarely experiment with slice-of-life, but Bochi! The Rock (October 8) looks genuinely entertaining. The show follows a lonely high school girl that starts a rock band to make friends. I liked the trailer. Hopefully, the anime will meet my expectations.

I have not watched the trailer for Chainsaw Man (October 11). People have spent many years hyping this manga. I have decided to walk in as a blank canvas. I don’t want to know what the show is about until I watch that first episode.

I have not even read the synopsis. But if the hype is justified, Chainsaw Man could be the next Attack on Titan. Cyberpunk: Edgerunners is already out, but I won’t bother with the show because the trailers repelled me. It felt like the anime was trying too hard.

The Imminence in Shadow (October 2) sounds like the next big Isekai. The protagonist is reincarnated in a fantasy world where he is trying to play the hero and villain, which sounds fascinating.

Legend of the Galactic Heroes is coming back for a fourth season, but I don’t think I went past the first season. Muv Luv Alternative is returning for a second season (October 5), and I know I loved season one, but it came out ages ago. So naturally, I can’t watch season 2 without rewatching season 1.

Tiger and Bunny season 2 (October 7) has the same problem. Actually, I have not even watched My Hero Academia season 5. So, season 6 (October 1) is out of the question.

I could not stand the Spy X Family manga, so I have largely ignored the anime. I won’t tune in for part 2 of the first season (October). Right now, the only show that has my undivided attention is Mob Psycho III (October 5).