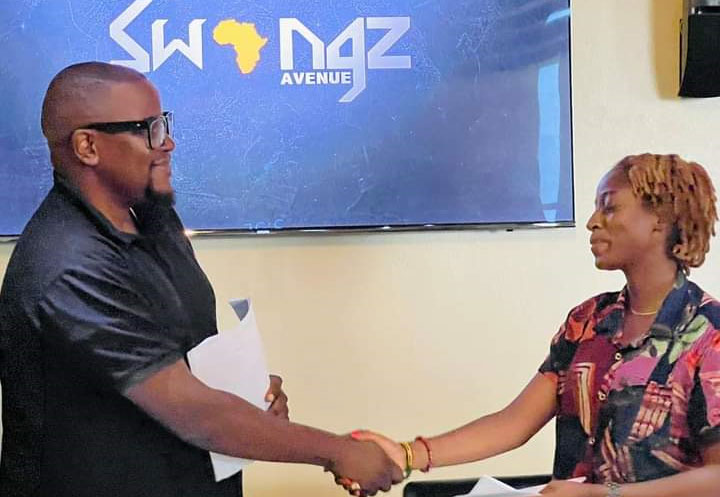 In March this year, record label and production company, Swangz Avenue unveiled a new addition to their artistes’ catalogue, Zafaran Josephine Nakyooni who goes by only Zafaran as her stage name.

Though many people find it hard to believe, Zafaran is actually her real name which she says is a tea spice from Arabic countries and it was given to her by her father.

Born to Catherine Kalinda and the late Hajji Isaac Kayiira Makumbi in Busega, a Kampala suburb, but growing up with her mother in Namasuba, along Entebbe road, Zafaran is the last born of her mother’s seven children. Her father passed away in June last year after losing a battle to diabetes.

She went to Lufuuka Islamic School and Our Lady of Mount Carmel for her primary education, Lubiri SS for O-level and St Peter’s SS Nsambya for A-level. She then enrolled at Makerere Univeristy Business School (Mubs) for a bachelor’s degree in Transport and Logistics but dropped out due to financial constraints.

She describes herself as a loving, God-fearing, friendly and social person who loves learning new things as well as a versatile artiste with the ability to do RnB, Afrobeat, dancehall and raga.

GROOMED BY THE CHURCH

Though born to a Muslim father, growing up with her mother who was a staunch Catholic made Zafaran take on her mother’s religion and it is through church that she discovered her singing talent.

“My mother was a very active member in her Catholic church and so I also, found myself attending church regularly and eventually I began singing in the choir and because of my singing, a reverend father gave me a scholarship for my A- level education,” Zafaran told The Observer.

She, however, adds that even though her mother was very proud of her singing in the church choir, she never liked the idea of her taking part in music, dance and drama at school because she thought it would distract her from studies and she, therefore, gave up on doing music while at school. 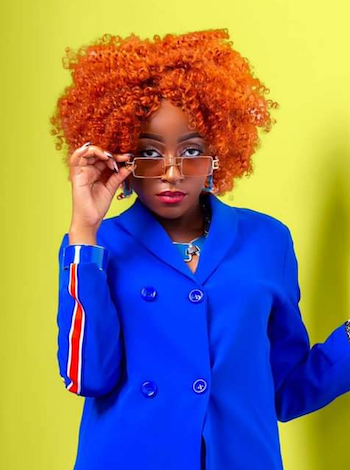 Most of her fellow church choir members were also part of live music bands who would perform at different events and inevitably, Zafaran also found herself joining a music band outside church.

The first band she joined was UB 5 band but she didn’t last long there and joined others along the way which included Gin Afric band, Nilers band, Bahati Music band and A Ka Dope band. She also briefly worked with Myko Ouma’s band.

“I moved from one band to another because I was still growing musically; so, I would always look out for a better band. You would also go for a gig somewhere and someone scouts you and they offer you a better deal at their band or they would even be performing more gigs than the band you are in and music being my only source of livelihood, I needed the money.”

By then, Zafaran had started university and was no longer staying with her mother, which made it easy for her to perform her band gigs that normally extended into the wee hours of the night.

“My mother never knew that I was singing in bands because I left home when I started university, which made it easier. Even when I dropped out of university, I didn’t return home but just continued with my singing. I would only go back home whenever I had no gigs,” she said.

But of course the secret could not be hidden forever as after two years of singing in hiding, different people started recognizing Zafaran from the events she would perform at, and these told her mother about her being part of music bands and therefore, she had to come clean.

She, however, did not tell her mother that she was also singing in different bars and clubs around town because she was not sure how she would react to that.

On top of performing in bands, Zafaran also started backing up other bigger artistes both in studio and while performing on their concerts. She backed up artistes like Jose Chameleone, King Saha, John Blaq, Karole Kasita, B2C and Maureen Nantume, among others, and it was through her powerful voice in the background that many people started noticing her.

However, backing up a singer is no easy job as it may seem because it requires cramming the artiste’s songs from the beginning to the end and even covering up when the artistes themselves forget their own songs.

“Sometimes the artistes forget the lyrics to their own songs and it is up to you the backup singer to guide them through the song, which means you must have mastered the whole song. You must also have a sharp musical ear and jump in incase he or she goes off key,” Zafaran said.

“Unfortunately these artistes could not understand the lots of work we had to put in to the point that some saw the Shs 400,000 we would be paid as backup singers too much and wanted us to be paid like Shs 100,000, not knowing that you had to take time to learn their songs such that you don’t sound different from the artiste. What made it easy for me was that I used to perform some of these songs during my other gigs so it would be easy for me to memorize them.”

Among the many artistes she backed up, Zafaran says her best experience was working with John Blaq due to his unique voice and pronunciation of words while singing.

“No one would believe that I could back up John Blaq, because of his style that if you are not so critical to the words, you may not understand what he is singing. But we would stand on stage, just him and I and perfectly sing all his songs. It is from there that I got more exposed and known by bigger people in the music industry.”

It was a bandmate at A Ka Dope band who introduced Zafaran to the Swangz Avenue team in December last year. She got a video of Zafaran singing live on stage, a demo of her own song she had earlier recorded, and her picture and sent them to Benon Mugumbya, one of the CEOs at Swangz Avenue.

On January 1 this year, Zafaran got a call from Mugumbya for a meeting, for the record label to know her more, after which she was given a demo of the song Sweetheart that she would later on release as her first single in April. Still, no contract was signed on that January day. The news of signing a contract with Swangz Avenue came in as a surprise on a beautiful Wednesday morning in March.

“I woke up and after praying, I checked my phone only to see that I had been added to a WhatsApp group by Julius Kyazze titled, ‘Zafaran’s work group’. When I opened it, there was a message: ‘Zafaran, you are signing today’. I was beyond excited and woke up everyone in the house to tell them the good news,” a joyful Zafaran recalled.

Zafaran was officially unveiled to the public as Swangz Avenue’s fourth artiste signing on March 18 and the response she got after the big reveal left her overwhelmed.

“Many people were calling me to the point that I had to switch off my phone. I received over 300 messages on my phone congratulating me and others just wanting to confirm if it was really happening.”

Zafaran joins Winnie Nwagi, Vinka and Azawi who are also signed to Swangz Avenue. She says she has received nothing but love from them and see her as their little one just about to blow up.

Whereas being in the limelight can be quite enjoyable, it also comes with challenges, which Zafaran has already started experiencing like her fading privacy and randomly getting recognized.

“I now cannot move freely like I used to. Some people now even call me by my song’s name ‘Sweetheart’. Many people have come back in my life but also I’ve lost some, especially those who are so much into church.”

Musically, Zafaran looks up to Juliana Kanyomozi and Bobi Wine.

“I grew up singing Bobi Wine’s songs from beginning to end. He is so narrative in his songs that you enjoy yet at the same time learn something. Too bad he is no longer so much into music. For Juliana, I have even asked my manager if I can get a collabo with her and hopefully it will come with time.”

A staunch Catholic, Zafaran emphasizes that what keeps her going is nothing but God and she uses most of her free time to go to Lubaga cathedral for prayers.

With a recording deal now in hand, Zafaran is now in preparations of releasing another single very soon and an extended play (EP) to follow later on.