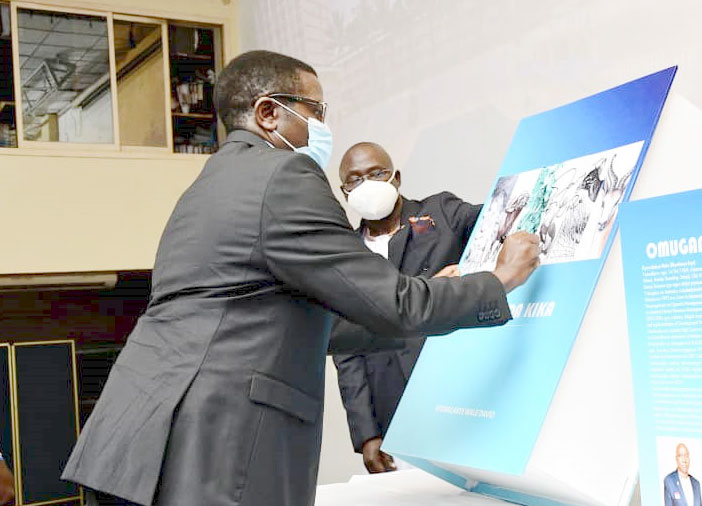 The 328-page book offers insights into Buganda heritage explained through its 54 clans. If one is going to understand Buganda and its history, culture and norms, one needs to understand the structure of clans and their intertwinement. As DAVID LUMU writes, one gets to understand their place and role in the kingdom after reading this book.

It is often said the Baganda can trace their ancestry through the mere mention of the grandfather. In reality, it is very difficult, especially in this era when many key historians are long gone.

However, the book Omuganda Kika offers a detailed history and understanding of every Muganda’s placement in the kingdom and is a definitive authority to help one understand their position and kinship within the clan. The Kabaka of Buganda, in his appreciation message, describes the book as an authority on Buganda history and clan tradition.

Meanwhile, Mayiga’s foreword touches on the dying cultural norms and traditions that the book has been able to resuscitate.

He praises Kyewalabye for his detailed description of the Buganda heritage and says the book will be a useful reference for contentious issues within clans.

On his part, Kyewalabye says he took on the role of researcher after realising several gaps within the kingdom’s clan framework, which often created a leeway for conflicts. The first part is dedicated to the history of the kingdom and mostly relates to how different clans were created or how they joined to form the kingdom.

It also describes the relations between clans and the taboos that deter people of particular clans. Kyewalabye puts a lot of emphasis on cultural norms, reasoning that they are the foundation of the kingdom’s continued survival.

After explaining the relationship between the Kabaka and the clans, Kyewalabye delves into the intricate process of leadership in the kingdom, starting with the heir up to the clan head.

He also touches on the emotive issue of land and how it was allocated to different clans. The second part of the book is dedicated to each of the 54 clans, carefully describing the origins, roles of different individuals and how names are arrived at.

He provides a fine detail of clan names, which can be a good ground for tracing one’s origins through the various ancestors. To sum it up, Omuganda Kika is a basic guide to Buganda clan history while at the same time offering detailed information on the current situation in the kingdom, especially the Kabaka’s effort to unite his subjects.

The book, which goes for Shs 50,000, is currently available at the Uganda Bookshop and Buganda’s tourism office in Bulange.

Dear editor
It looks be an interesting book to read. Please request the author to publish the book to a wider audience via Amazon and google books.

True... and also make electronic copies available for those who have no ability to access the physical copies
Quote | Report to administrator
Refresh comments list
RSS feed for comments to this post
Add comment