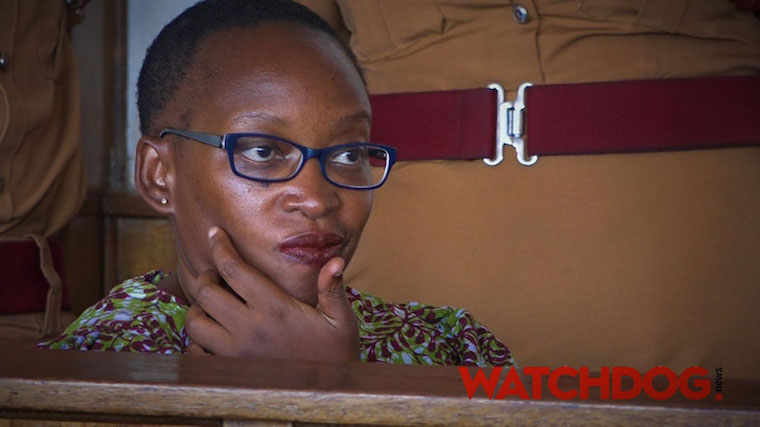 When Dr Stella Nyanzi was arrested on November 2, 2018, it did not occur to her that Luzira Maximum prison would be her home for this long.

In fact, during The Observer’s December 2018 visit to the scholar, researcher and political activist at Luzira, she seemed quite upbeat and confident her stay in prison was for her own safety, as she had allegedly learnt there was a hit on her head. She surely would be out within a few weeks.

Well, Buganda Road magistrate Gladys Kamasanyu found Nyanzi guilty of cyber harassment after posting on her Facebook timeline a poem dedicated to President Museveni as he celebrated his 74th birthday.

The poem laced with sexual innuendos and expletives wished, among other things, that President Museveni’s mother Esteri Kokundeka (RIP), had miscarried him. She was sentenced to 18 months in prison. On Thursday August 22, The Observer visited Nyanzi again.

After the ritual of checking and depositing our personal items including phones, wallets and watches, among other things, the very friendly prison warders allowed us to see Nyanzi.

Visitors are allowed only 20 minutes with inmates. Nyanzi came into the deputy chief warder Achan’s office with a mat, on which she sat. With her signature smile, we exchanged pleasantries. She was visibly excited to see us.

Prisoners look forward to Tuesdays, Wednesdays and Thursdays, when they receive visitors. But a far cry from the woman I saw in December just a month into her incarceration, the Dr Nyanzi before me now looked pale; she had lost weight and prison had clearly taken a toll on her body.

Her spirit is another story, though.

“I will fight injustices until the last breath in my body. Some say I like courting trouble, but I don’t think I can stand to be humiliated. That’s not me; I don’t know who of my ancestors I took up from,” Nyanzi said when asked about her troubles with Makerere University and the first family.

There are some Ugandans that are convinced Nyanzi is mentally ill, based on her ease with spitting out words considered by common Ugandan culture as obscene. Add to that Nyanzi’s infamous publicly stripping episodes when irked, there is a school of people that believe she is locked up in the wrong facility.

She laughed heartily at the suggestion before arguing that she uses her body as a defense against injustices of all kind. On August 2, she was supposed to be at Buganda Road magistrate’s court to hear her sentence following her conviction a day earlier.

Sensing trouble from her supporters and going by ugly scenes witnessed the previous day, instead of going to Buganda Road court, Nyanzi was wheeled to the men’s wing in Luzira where she would appear in court by video conferencing.

She was incensed and enraged. As soon as she appeared on the screen, she went nuts, launching into her unique vocabulary and hurling the vilest of profanities at the magistrate.

She ripped through Kamasanyu the way a sharp knife would rip through cold cheese, then threw off her unbuttoned sweater, pulled up her African print blouse, pulled up her bra and let her breasts swing violently in full view of television cameras.

This would be Nyanzi’s second stripping. The first was in 2016 while she worked at the Makerere Institute of Social Research. Then, she stripped to her knickers.

To a conservative Ugandan this is insanity; to Nyanzi it is an expression of dissatisfaction. Dr Nyanzi has more than 50 respected publications to her name on the subjects of sexuality, culture, health, gender, law and politics and how they intersect.

Well, her temper tantrum did not faze Kamasanyu, who sentenced her to 18 months in prison, prompting chaotic scenes from Nyanzi’s supporters present in the courtroom. One of them threw an empty bottle, hitting the magistrate’s face. Six of them were arrested and are currently out on bail.

For Nyanzi, seeing that she was already in prison, she was punished differently.

“I was stopped from receiving guests for five days,” Nyanzi said.

Just then, Achan cut our conversation short. Our 20 minutes were up.

“Come back on Tuesday, she will be here,” she responded to our pleas for more time.

We left, leaving Nyanzi with another set of visitors. We were told Nyanzi is one of the most visited prisoners at Luzira. On August 29, I returned to Luzira at 1:20pm. As usual she was very excited to see me.

In private, Nyanzi is ironically a very amiable person, although she will always smuggle in an expletive. This time we talked about her children first.

Somebody had suggested that if Nyanzi were in a developed country, her children would probably be in foster care now. She dismissed the idea.

“First of all, I have always been an absent mother. I left my daughter Barack under the care of my mother when she was two months old and I returned to London where I was staying. For my twin boys, I had them prematurely at seven months and left them under the care of my father who was the director of Mengo hospital and went to look for money to look after them,” Nyanzi said.

She reasoned that as a single mother, it would not make sense for her to sit at home without resources to look after the children.

“I have a maid who cooks for them. I have somebody who washes and irons their uniforms. I have another person who drives them to school. My role is to make sure that everything they need is provided,” she said.

However, she admitted that for the close to a year she has spent in prison, they mutually miss one another.

“My daughter came to see me yesterday and said, ‘mummy come home, why are you fighting for Uganda which doesn’t love you back? For us we love you very much’,” she reported.

Nyanzi told Barack she was in Luzira because she wanted a better country where they would live in peace.

“It wasn’t my wish that I ended up here. But I still believe it was for the best because it takes away the fear from you. What can the regime do to me apart from taking me to prison? I know they can kill, but that’s not always their recourse; so, the worst-case scenario is prison and I have lived it. Anyone who wants to fight a dictatorship like the one we have should have their day in prison, that will be the beginning of our liberation because after prison, there is nothing they can intimidate you with,” she said.

Nyanzi is reportedly being investigated for being a lesbian. In our first meeting she had complained about the squalid conditions in the prison cells, including overcrowding, urinary tract infections, lack of drugs and poor sanitation among others.

However, what stood out was overcrowding that was causing women to have sex with each other because of proximity.

“You put your asses on each other to the extent that when you break wind, you don’t know whether it is you or your neighbor. Why then would women not have sex with each other?” Nyanzi wondered.

She said Ward 2 where she sleeps is stocked with the hardest offenders. Prostitutes, vagabonds, drug addicts, name it.

“We are always fighting for different reasons. It is hard for a day to go by without two fights,” she said.

It is these inmates that started a rumour that Nyanzi had a sexual partner from another cell – an 85-year-old woman in Luzira for killing her grandson. She is serving a 15-year sentence.

Nyanzi grew sympathetic to her because of her age and started sharing food with her. However, because of her age, she sometimes gets health breakdowns that prevent her from moving from her cell, to the ward where Nyanzi stays.

“I decided to take the food instead of her coming to my ward. We would have long conversations because despite her age, she is still very sharp in the brain, she remembers everything she has seen. Talking to her is refreshing,” Nyanzi said.

It is these visits that raised suspicions that the two were a couple.

“I have extensively researched and written about sexual minorities, but it does not mean I’m gay. I’m not. Even if I was, of all people why would I get this ailing 85-year-old woman?”

Due to the suspicions, Nyanzi’s helper, a fellow inmate, was stopped from assisting her. She has written to prison authorities protesting the decision.

“Investigations are going on to establish facts,” she told me.

In January, the country was stunned when Nyanzi appeared in court cleanshaven after cutting off dreadlocks she had worn for more than 20 years.

She told court then that because of the torture she had undergone at the hands of prison wardens and fellow inmates, she had suffered a miscarriage.

No one quite believed her, thinking she was looking for drama; after all, she was 45.

“When I was bleeding, over 10 women were around me. I told them I had lost a baby, but they kept on saying those were fibroids. I felt offended. I felt something was ripping me through. That I had lost a baby and no one seemed to believe me. I decided to cut off my locks because that was the only way I would recover. I had lost something precious and the only way to feel better was to lose something that was dear to me. Every lock that I cut I felt better. If I had not cut this hair I’m very sure I would have killed those women who were responsible for the miscarriage. I now realise why the Baganda used to shave their hair when they lost someone dear to them. It’s a process of recovery,” Nyanzi said.

When I asked who the father of that baby was, she could not say much.

“How old are you?” She asked me instead.

“You’re very young, but my man is slightly older than you. You know I don’t like old men. But surely, I have a man whose name I don’t want to tell you; let me also have some secrets. He actually normally comes to see me, but no one knows he’s the one. But Baker, looking at this ass, don’t you think there must be a man interested in it?” Nyanzi said.

At this point, Officer Achan put a stop to the conversation: “Baker, you must leave; your time is up.”

Whose mother has never been insulted?

If anything irreparable happens to her you will bear the responsibility.
Report to administrator