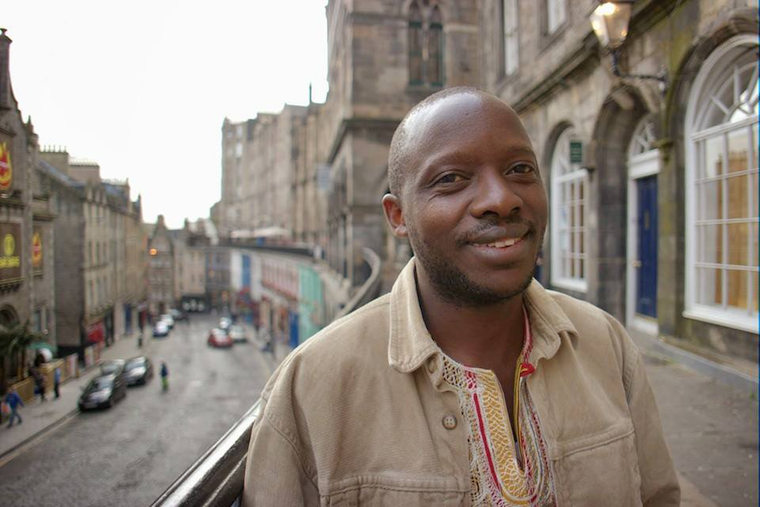 Kato Mukasa is a man who talks a lot. As he sits in his cramped office along Gaddafi road, one quickly concludes that Kato Mukasa is an affable fellow whose passion about humanism pervades almost all aspects of his life.

The words ‘reason’, ‘critical thinking’ and ‘science’ are a constant throughout the interview. His son is enrolled in the MDD club run by the organization he co-founded in 2007, The Humanist Association for Leadership, Equity and Accountability (HALEA). He is originally a trained lawyer, but only now works as a lawyer part-time,

“I could have been working with a big law firm,” he says, “but I decided to dedicate my life to serving humanity and humanism…and I am happy”.

In a country whose motto is ‘For God And My Country’, the Almighty God takes centre stage in everything most Ugandans do and, no wonder for most, atheists such as Mukasa are hard to tolerate. And in many cases where Ugandans do not believe in God, it has been found that their heart is in traditionalism and sorcery, which makes Mukasa all the more confusing because he subscribes to none of that either.

Humanism as defined by one of its leading proponents, Corliss Lamont (1902 -1995), is  “a naturalistic philosophy that rejects all supernaturalism (the spirit world) and relies primarily upon reason and science, democracy and human compassion”.

Mukasa puts it another way: “Humanism is putting humans first and simply being good without God”.

He reasons that one of the reasons humans are sometimes good “is not because they wish to be good, but because they fear punishment” from God who promises eternal suffering for one’s unforgiven sins.

“But a humanist like me will say, NO. You don’t need to be good because you expect punishment.” Basically, he argues, you can do without a deity’s power, because there is no such thing as the supernatural in his world.

And now he is a man on a mission to change the way Ugandans think about God, gods and religion. The organization he co-founded, HALEA, organizes debates and discussions among students and pupils “to promote critical thinking” in an effort to challenge “religious indoctrination, cultural dogmas and fight for justice and rights”.

Each month, HALEA organizes a public discussion forum at Makerere University guesthouse and the plan is to organise two each month. They call it a humanist café, a highly intellectual debate that draws professionals, ordinary people, religious leaders and students. Last month’s invited religious leader was the Chaplain Raymond Bukenya of Ebenezer Chapel, Kigowa.

Bukenya has been attending the forums for the last five months.

“It is good that such a platform exists. It is unique in our context of Uganda for non-believers and believers to address questions that seemingly divide them and yet as human beings are important to us. We have learnt a lot from each other,” he says.

Denis Mugume, the Youth and Students minister at St Francis Chapel, Makerere University is another staunch believer in God, who nonetheless, attends the humanist café at the guesthouse.

“I think the forum is mutually respectful and allows us understand other world views, and think in other ways; sort of seeing things from the outside looking in. For a student looking to find truth, it teaches one how to reason well; so, for students, it’s a wonderful platform,” Mugume says.

“As a Christian, if I believe my worldview is true, then it ought to stand up to any scrutiny or examination. So, it teaches one to argue well. These discussions challenge the mind and explore the limits of knowledge. I think we should have more debates and platforms on social media as well. I enjoyed the last forum.”

So, what drove this 40-year-old, who is a board member at the International Humanist and Ethical Union in London, the umbrella organization for all atheist and humanists worldwide, and happens to be the only African on that board, to part ways with God and religion?

For the answer, we had to trek back some 28 years and arrive upon a smattering of experiences and an unconventional father that helped mold Mukasa’s worldviews.

“It began when I was 11. My father, Nobert Eden Mukasa, was always skeptical, and a freethinker,” Mukasa reminisces. “ I grew up reading books on philosophy he would bring home…by 12 I was reading Voltaire, David Hume, Socrates and the like”.

His father, who died at the age 80 on March 7, 2017, was an ardent reader too and encouraged the children to read. Mukasa says this helped develop his skills in critical thinking and questioning assertions and claims especially in the Bible.

At age 12, he shocked his staunchly Catholic mother, Margaret Nakayi, now a retired nurse, by refusing to attend catechesis. A nostalgic smile and look accompany this memory. However, his mother has grown to accept his alternative way of belief – or lack of it.

In secondary school at a Catholic-founded school, he was a prefect, but was punished for not adhering to rules when he refused to attend mass on Wednesdays and was later expelled. And there is one particularly nasty experience he speaks about with deep emotion.

At the age of eight, he remembers, he once partook of the Holy Communion, because he had seen children his age taking it. He was not eligible yet, because he had not completed his confirmation sacrament. Caught, he was given 50 strokes of the cane and he fainted. It would be two full weeks before he would be discharged from hospital.

There is a noticeable change in his mood and his countenance falls as he recalls the punishment meted out against him in the name of religion. Today, Mukasa and three of his 10 siblings are atheists. He, however, faces hostilities to date due to his work, including his car being burnt by what he describes as “assassins” after they tried to break into his house.

HALEA offices have been burglarized several times, including twice in a space of 15 days in 2014; remarkably each time, he says, only files and CPUs were taken, and muses that they were taken to gain information to criminalize him and the organization. Staff have also faced harassment over the years. (The Observer was able to confirm these claims at Kagugube Police Station in Wandegeya division and Central Police Station).

Undeterred, Mukasa has stuck it out and carried on, taking HALEA’s work to thousands of young people and students around the country over the years. The organization now also sponsors hundreds of students and helps disadvantaged teen mothers acquire entrepreneurial and vocational skills, as it imparts its ‘critical thinking’.

“We [human beings] are all born atheists…without knowing God. Your parents or guardians chose for you what religion to follow,” he stresses. “Now, what we have done as humanists is put people first. So, the question is, can we [humanists and atheists] do good without God? Can society see value in us without going into the God argument or attacking us? The ones we’ve helped have appreciated us, their parents have appreciated us…the communities we’ve worked in, have appreciated us. So for us humanists, actions speak louder than words.”

If nothing else, Mukasa challenges believers into thought processes such as: “Am I playing at being good just to ‘impress’ God and religious leaders, or am I a genuinely good person?”

Religion has taken the best part of African tradition, where by most African s are unable to reason beyond religion. Like this guy said, a person doesn't have to be religious to do good to humanity.

Most of the donations that Uganda get for example from the west are given by non religous people, and yet most of the so called pastors/apostles etc distort their so called believers with not much given back
Report to administrator
+5 #4 olwa 2019-08-13 07:42
But our religion was just colonialists trying to pacify any resistance with the messages like 'turn the other cheek', 'forgive your enemies' and other nonsense.

But in fact the god of Christianity has done nothing for Africa
Report to administrator
+9 #5 Lukyamuzi Kabakasman 2019-08-13 11:47
Thanks Kato. The world needs to know that there are people who openly refuse to subscribe to those fairy tales.

It takes a lot of bravery to deviate from majority opinion especially religion.
Report to administrator
+2 #6 Ugthinker 2019-08-13 14:12
All our oppressors subscribe to a given religion, yet unjustly rule over us.

The religious leaders themselves are not any different, they are actually in cahoots! This then leaves a lot of unanswered questions about the relevance of religion. It’s disguised plunder. Cant man have a relationship with God outside religion?
Report to administrator
+3 #7 Solomon 2019-08-13 20:59
Kato, we shall burn you in heaven not in hell because hell is found in heaven.

Kato, guys are too confused with religion which truly they don't even understand like we do. It's very possible to be without god's, we do good because its good to do good - bravo
Report to administrator
+5 #8 Elbert A Walton Jr 2019-08-14 08:46
The article ended with what is known as Pascqual's Wager: It's better to bet there is a God and be wrong than to bet there is no God and be wrong. What happens if you bet on the wrong God?

You bet on Jesus, but God turns out to be Horus. You lost the bet, even though there is a God. It's just not your God. That's the fallacy in the God delusion. Betting on anyone one out of thousands of Gods.
Report to administrator
-4 #9 francis ocen 2019-08-15 19:47
Well Kato you are entitled to your opinion since its about critical thinking.

However when man views the entire universe, the sun ,moon,stars ,billions of galaxies,all well arrayed does he not see that there is a power behind their existance.

l would argue you to think critically about creation.

When satan wants to destroy aman he first makes him believe there is no deity like God yet he himself(satan) knows there is a God somewhere. ALL these seem to be fair tales to many but the day each one dies is when one will prove all that seem not to be real.
Report to administrator
+3 #10 Caleb 2019-08-21 22:18
Kato bravo for your good work,I as an African have come to realize that Europeans uses ideology of religion as a way of pinning us down and driving us to subscribe to existence of deity.

Africans need to use their own freewill to reason beyond their noses and Bible since in it it contain all manner of existential torture and racism by this 'fair' god.

Am from Kenya and I will make your ideologies known in the country if you allow me to.
Report to administrator