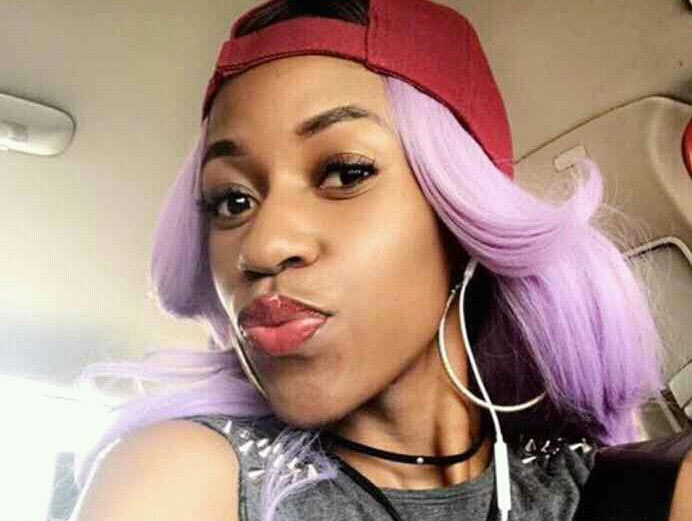 After Quick Talk’s several futile attempts to sit down with Swangz Avenue’s dancehall star VINKA, 25, he stumbles upon a recent interview the Chips Na Ketchup artiste has done with Crystal Newman on her online segment, Crystal1on1. Below are excerpts:

It has been two years and you have done so well! What is the secret?

Thank you! I think it is my tenacity. And the tenacity of my team at Swangz Avenue; I listen to them – that is very important: listen to your management. A lot of people talk about musicians eventually becoming divas.

Have you had to deal with that before?

Yes, before I went into artiste management I was a dancer. It starts with you. I have seen what artistes can do, I know how it feels to be underlooked by an artiste, how it feels to be treated like trash, and I would not want someone else to be treated like that. I know what it is like to be late for an event and a client complains. So I wouldn’t want to make anyone feel that way.

So, what is the name on your birth certificate?

My real name is Nakiyingi Veronica. Vinka is from Veronica. We decided to use a K at the end instead of C.

Where did you grow up?

I grew up in Kazo and Bweyogerere. In P5 I left Kazo, my dad’s place, and went to Bweyogerere – my mum’s home – [I still live there].

I have two siblings from my mum and dad. But [with half siblings] I think we are like eight.

Which schools did you go to?

For primary school I went to Hormisdalen Kamwokya branch; for secondary I went to Lubaga Girls School for S1 to S6. It is a great school. I was the entertainment prefect – unopposed [she was already a professional dancer then.] I went to Makerere University for Tourism Administration. I graduated [in 2017].

The story of when you started...

...Oh my God at first it was very hard. I’d go on stage and people would shout, ‘vaayo, vaayo! (Get off!)’ People thought I was an artiste because I had to put someone else down...but people have understood my music now and when they say Vinka is next on stage, they go, ‘Yay!’ God has been really amazing.

What about your relationship with Irene Ntale?

[Vinka was Irene’s manager before Swangz made her an artiste in her own right, and there were reports of a big fallout as a result.] There is no relationship. Honestly. Me and Irene were so close, so I lost a friend. She left the record label – I did not know why – but life goes on.

Yes. For about a year. We used to go to different places. We were four in the group. But I had a curfew at home. When Jackie chose me, [her management] had to meet my mum. Whenever they needed me to go upcountry, they would call my mum. That was very respectful! Yes. It was a good experience. But with time Jackie started falling sick and the gigs reduced.

This is where I got the opportunity to get the artiste management job at Swangz Avenue. I had danced for Sera (RIP) so I had talked to Julius [Kyazze one of the bosses at Swangz]. Jackie had wanted me to choose between her and the other girls in my group. I could also not balance school, Jackie and managing artistes. But it was great working with her. She’s a very hardworking person.

You say she’s one of the hardest working people you’ve worked with?

Yes. That’s what I believe. Even when she was sick, she would go on stage with [a cannula] and she would kill the show! Then she would go into the car and [be sick again]. She is one of the female artistes in Uganda whose performances I really admire.

Did you ever come across times when people tried to take advantage of you as a young woman?

Not really. I am very lucky. I have heard several stories, but I met the right people at the right time. And when I worked with Jackie, they had to go through my mum and she was very tough and involved. And my dad kept calling every day. I love the fact they accepted my line of work.

As a manager, any challenges?

What was the experience that stood out at the time?

I used to travel. I wanted to work as a flight attendant, so I loved to travel. I got free knowledge from an industry I didn’t know about. I did not look at the money side. I looked at the knowledge.

What made you decide, I want to be my own brand?

In 2015 my boss comes and tells me we need to scout for a dancehall artiste – a girl. I used to do voiceovers and radio jingles. In 2016 he said it again...He asked, do you want to try? I told him, “when I’m done with school”.

What we tried out became my first single – Level – by the way. In October 2016 I stopped doing artiste management.

So, did you guys [Vinka and Irene] ever have a confrontation?

Media guys can plant a story. The story will pick. If you are not strong enough, it will affect you. But there was nothing. I cried so many times, I could not believe it. Truth is, Irene kept quiet, but there was an attitude. [For example,] she left a video shoot and didn’t even say bye. But I was still hopeful. Then the song dropped and my friend didn’t push the song...I cried about it, but life goes on.

What was your ground-breaking moment, though?

No. I don’t have time for myself, so I don’t want wasting someone else’s time. It is not the right time for me to be in a relationship. I have always been a busy person. I’ve been there, but it did not work out...and I was not yet Vinka then, thank God!

What have you learnt?

This industry [can be harsh] First, respect. You never know what is going to happen in the next few days. Be humble, because life can humble you. I have learnt how to deal with different kinds of people. I have learnt that the client is boss...

Anything you would have done differently?

I wish I had studied Industrial Fine Art at campus. That degree...I could use that. But tourism...now I can’t be a flight attendant.

Who are the people in the industry who helped you?

Julius, Benon [Mugumbya], managers behind the scenes – Navity and Joel – everyone I work with at Swangz. The DJs that play my music, the fans, my family, my dad...

Do you write your own music?

No. There are different people that write my music... Like, Kate and Flosso wrote Love Doctor...[Anything can inspire a song] like, I was eating chips and ketchup in studio when [inspiration struck] and we recorded the song Chips Na Ketchup.

Really!? And something about you that people don’t know?

I am a happy person. I am always smiling. When I became an artiste, I came across as quite serious. But there is a difference between principle and character.