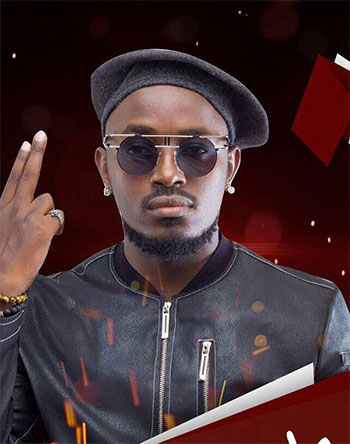 On March 24, Ykee Benda, real name Wycliffe Tugume, 25, was the guest on Sanyu FM’s Celeb Select, hosted by Crystal Newman. Quick Talk transcribed excerpts from the chat with one of the newest and sharpest kids on the block.

Does your family call you Wycliffe?
Rarely. My father, once in a while…

I was reading that you have been doing music for like two years?
Yeah. Two years, to be exact.

For people to have been struggling and hustling and being called ‘upcoming artistes’ for 10 years…
I know…! It is crazy.

Where were you born?

I was born in Naguru…in the estates. Then we shifted to Kireka. I went to Profla in Kireka for my nursery school, then Shimoni Demonstration School… I went to Ndejje Secondary School where I was very stubborn. I come from a very humble background, but Ndejje is where I forgot and started living like those rich kids.

It got to me in a way…I got suspended for the first time in my life, in S2. I was part of a gang – the Firebase…I was very organised about useless things.

In S3, I lost my focus in school. My father looked at my report and [switched me to St Lawrence Ssonde] for S4, where there was a lot of caning. I regained my focus and performed very well. My father said this is the school. You are going back for HSC.

Were you also troublesome at home?

I was raised by a soldier-like father. It is a family of eight kids – six boys.
[He requests for Tiwa Savage, Get It Now.]

You have said you heard Mowzey Radio for the first time [in S5] and that is why you started doing music.

Yes. I used to be called Radio in school. With the help of Radio’s music, 2Face, P-Square and Akon, I started teaching myself how to write music.

Well, I mentioned it once and my father almost killed me. I was raised knowing only two things were important: God and school.

My father would go days and days without food, but made sure we all went to school, because he believed in education more than anyone I know.

They realised I wasn’t performing as well as at O-level. The school called my father and I told him I wanted to do Law.

I was doing PCM/E but I liked the law. I still do. He told me: “In another life”. I told him: “I once told you I wanted to do music and you almost killed me. Now I want to do law”.

But you went on to do Chemical Engineering?

That was later. I first went to MUBS for BCom. I had missed out on government sponsorship and tuition became a problem.
[He tells Crystal of the day he sobbed, asking his mother to let him give up the degree to pursue what he was sure of – music.]

Was it the first time she was hearing it?

No, but they always thought it was a joke. So, I told her, “Then give me tuition”. She is very born-again; she kept saying “Jesus cares; I need you to have faith”.

The very next day a friend called me to say there was a scholarship but in Algeria. I just said, “yeah!” I called my father immediately. He was excited. We got the scholarship and hustled to get the ticket, upkeep…

But then you almost didn’t go.

Yes, because I met this guy after we had processed everything, who said he could make me big [in music]. The family won and I went to Algeria. But I told my father before I left: “This is for you; I am coming back to do [one for] me.”

How long was the scholarship?

Four years. In those four years they thought [the dream] would die out, but I just went harder. We went to school from 8am to 3pm.

You can’t date, you can’t see girls…So, I watched music, got into football so much... I grew a lot and it helped me understand who I am. By the time I was remaining with a year, I called and told them, “I am almost done, the results are not bad, but I am coming back to do music.”

[Continuing:] My father was very mad and disappointed. So, my final year I really focused and got a first- class degree [in chemical engineering]. I came back and took my father aside and told him, “The time is now.”

We made a gentleman’s deal. He told me, “I am giving you one year.” Because there was a chance to go to France for a master’s degree.
I told him, “Give me one year; if it doesn’t happen, I am going for that master’s degree.” That was late 2015.

You hit the ground running!

Yes. The [stipend] I used to get from the government, I was saving. I had like $900. I was going to go to the best producers in the country. I went to Naseem….he has been very important to my music.

I went and recorded MunaKampala, a week later I recorded Farmer, the original and Ssinga, which is not yet out.
The day I recorded Ssinga, the guy who owns Badi Music came in and asked to talk to me.

That was January 2016. He gave me a place to sleep and told me to be patient. I waited until September 2016, when the remix with Sheebah [Farmer] happened. And look at me now.

Who put you with Sheebah?

The managers are friends. December, around 2nd, my father was in a taxi and there was a boy from Kireka who knew me. Farmer came on and my father was all over the taxi saying: “That’s my boy!” People loved this song.

This boy came and told me, your father was excited! I went and asked him, “Can I go on now?” And that’s when [I got his blessing].

[Ykee requests for Mowzey Radio’s Nkwagala, saying although the fallen artiste inspired him a lot, they did not meet physically because Ykee did not want to not like Radio, based on the media reports].

The day I got the news [of Radio’s death] I was sleeping but it felt like I had lost my own brother yet I never spent a day with this guy. I really, really loved Mowzey Radio. He was special.

After Farmer, did it feel like things were happening too fast?

Yes. Before you know it, you are getting phone calls from all over… It was a great experience. Everyone talking about this new kid.

I remember us talking about you!

I fought so hard not to let it get to me. But I had studied every artiste that has done well.

What did you pick out that they had in common?

Alcohol. And I don’t drink. I’d love to, but I don’t for the sake of my music. I have never done drugs.

[I have studied how to be disciplined away from alcohol], how you handle yourself with media, etc. I studied all that before I even got a song playing on radio.

We also found out you are so romantic! Grand proposals….
[Laughing] Well, first love!

Stories came out that you had split up…

Well, this beautiful lady I dated for a long time, on and off. But she was always loyal to me. We were kids, but we loved each other. We broke off about a year before I came back [from Algeria] and I was determined not to look for her.

But the day we recorded the Farmer remix – I don’t know how God does His things –the next day I got a phone call. We started dating again. The fame was now peaking, but I was the same dude all the way.

Early 2017 she got pregnant. All those things were supposed to be later this year, but I respect family and beliefs. She is a Muganda woman. There was that guilt that you cannot take someone’s daughter just like that. I did the proposal thing…then I did the kukyala, then she lost the baby.

We were both lost over it. The baby thing was tough especially on her. Much as I tried to understand, I had never been there. In January, I broke it off. Oh! It has been very tough. I focus now more on the music. I am single and making music.

Losing a baby is something many people don’t talk about…

Miss Julie cannot talk about it. It is too much for her. I can, because I wasn’t carrying it.

When it comes to fashion you are [on point].
I love fashion. I have a stylist…

Who do you listen to?
I listen to James Arthur. I am very sensitive and very emotional, but hip hop is something I have picked up on.

[As he leaves, he requests for his song, Kyenkyebula.]