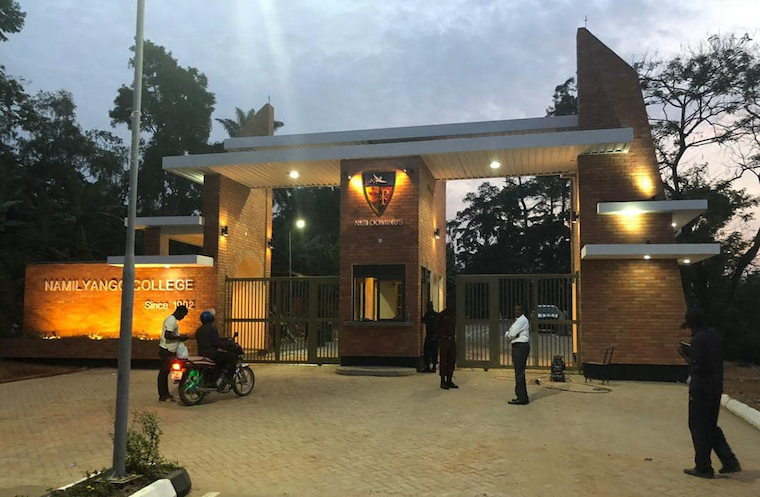 Mukono High court has deferred to January 2022 for the hearing of a case in which a senior four student, George William Eronda sued his school, Namilyango College for blocking him from sitting the 2019 Uganda Certificate of Education (UCE) exams.

In May 2019, Eronda petitioned the High court, accusing the school of wrongfully denying him the chance to sit for UCE exams after he was accused of bullying a fellow student. Court

The student further accuses the school of transferring him from Namilyango College to Buddo SS UNEB centre without his consent, saying the move was irrational and illegal. He petitioned court to force the school to change its decision before the exams started in October.

On October 11, 2019, court issued an injunction restraining the school from implementing its decision until the determination of the application but the injunction was allegedly disrespected by the school authorities. Due to the absence of the defendants in court and later the outbreak of the Covid-19 pandemic, court proceedings were delayed until August 2020 when the case was arranged for the first hearing starting November 22, 2021.

The two parties appeared for court yesterday but new Mukono High court resident judge Florence Nakachwa did not turn up since she was attending the induction for the new judges at Kampala. The deputy registrar Mary Ikiti further rescheduled the trial to January 8, 2022.

In the petition, Eronda wants court to hold the school head teacher and his deputy liable for the losses he suffered since senior one. According to him, as a result of their conduct, he has suffered special damages totaling over Shs 24 million spent on school fees, transport and pocket money, uniforms, and other school requirements.

Eronda’s wretchedness started in April 2019, when their class went to Kasese in western Uganda for a field Geography trip. While there, they were divided into two groups; A and B, and Eronda was appointed leader of group B. Unfortunately, he says the school held him liable for all the fights and acts of misconduct committed by students during the school tour.

In the same month, after registering with the school center number; U0064 via UNEB portal for the 2019 UCE exams under index number U0064/046, the head teacher Constantine Mpuuga and deputy head teacher Margret Kyambadde issued to him an expulsion letter on accusations of bullying a fellow student which he says is contrary to the school rules and regulations No.13.1 on teasing and bullying which requires the accused to make a defense before the disciplinary committee.

The plaintiff’s lawyer Walter Bwiire says the case trial has failed to start off mainly due to the constant absence of the defense (school) but since it has been rescheduled, they have hope that victory will come to their side. Keneth Engolu, the lawyer who represents Namilyango college declined to comment on allegations of skipping trial sessions.

Meanwhile, the father of the plaintiff, Wilberforce Wandera Eronda, says he is committed to supporting his son pursue the case in order to instill a sense of listening among school leaders when handling students.

"The so-called first world school, they don't follow school rules and regulations. The headteacher is a demi-god in the school, he can take any decision without considering the hardships the parents go through to raise funds for fees. So I wanted to file this case purposely to bring these so-called big schools to order. Next time, the punishment you give to a child should be considerate because a child cannot sit in school for 3 and half years and remaining with one term to sit for examinations, and you come out and singlehandedly, you expel the boy without giving him a chance to be heard, not even inform the board?" said Wandera.