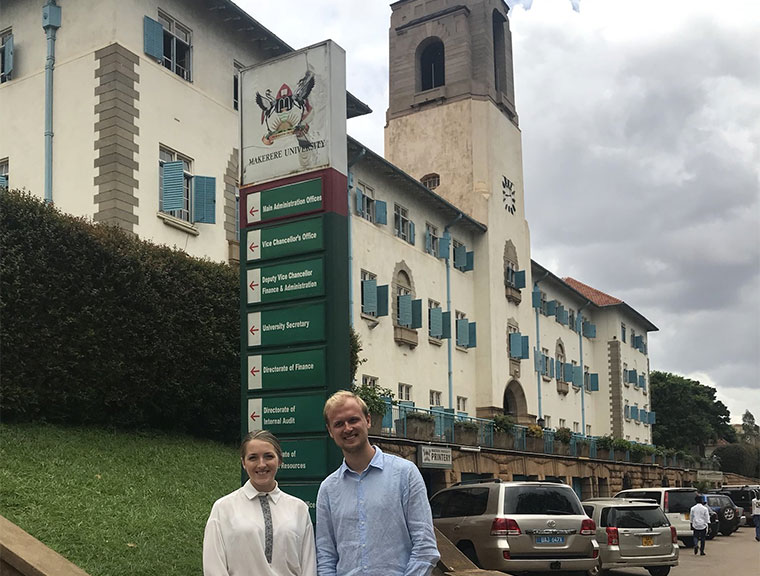 Per Lingarde, the Swedish ambassador to Uganda, has highlighted the critical role universities should play in the realization and management of social transformation.

Lingarde was presenting, before officially opening the Annual Research Conference of the Uganda-Sweden Research Collaboration at Makerere University on September 30, 2019. The conference lasted up to October 4.

“I believe we all realize that humanity is pushing the world towards its very limits. The world is facing great challenges to secure the stability of our future environmentally, economically and socially…. Universities have the capacity for cross-disciplinary research and teaching which can tackle the complex interactions between economies, societies and the environment…. Universities have an important role to drive the transformation to sustainable development,” he opened his speech.

Lingarde said the research cooperation started in 2000, involving Makerere University only on the Ugandan side. From 2010, four Ugandan public universities were added. Currently, the five universities of Makerere, Kyambogo, Busitema, Gulu and MUST are carrying out 17 research projects under the cooperation. Sweden has contributed $116 million (about Shs 425 billion) in the 20 years of the cooperation.

Among the activities of the five-day conference was a ‘Science day’ under which six types of research were presented alongside two question and answer sessions and exhibitions of research outputs. The science day was hosted by the college of Computing and Information Sciences.

The current programme runs from November 2015 to June 2020 and involves 11 Swedish universities and research institutes. The programme includes teaching, research and other related services, all aimed at assisting the Ugandan participants to generate knowledge and promote research uptake for national and regional development.

The ambassador and vice-chancellor Prof Barnabas Nawangwe hailed the Uganda-Sweden Research Collaboration for having contributed to the strengthening of capacity for research and research training. More than 400 scholars have received individual training and qualification at master’s, PhD and post-doctoral levels. Under the current five-year agreement, 390 staff members of the five universities have been awarded scholarships at different levels.

Other benefits from the collaboration include the development of quality assurance policies and structures for research and graduate training by the five universities, and establishment of networks that attract new funds and collaborators outside the programme. The programme also encourages partner universities to have bilateral research collaborations among themselves.

The programme also led to more publications in citation, more laboratory equipment and infrastructure, and establishment of centres of excellence and incubation units. The ambassador said the collaboration programme is due for phasing out. However, Nawangwe observed that the collaboration has been bringing in about $10 million (Shs 36 billion) per year, and losing that might cause disruption in the trends of research and research productivity. He appealed for renewal.

Nawangwe said starting this financial year 2019/2020, government will fund Makerere Research and Innovations Development programme with Shs 30 billion. He, however, advised that efforts should be made to apply for more funding from other sources before closure of Swedish funding. He also called upon government to allocate at least one per cent of the national budget to research.