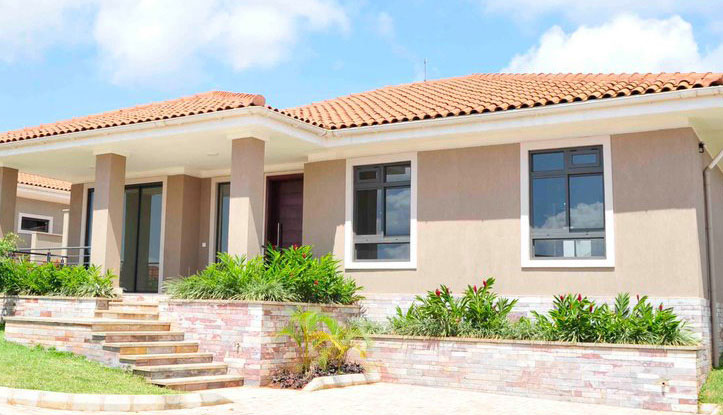 Last week, an article I authored more than a year ago resurfaced on the internet and in many WhatsApp groups prompting many people to send me emails.

The emails I have received were largely on how much a three-bedroom decent middle-class house would cost to build in Uganda. I subscribe to a housing group where every week, somebody inquires how much it would cost them to build this and that.

Somebody can come up and say Shs 20m and another says Shs 200m and many figures in between. I try as much as possible to answer all the emails that I receive but I know this is a question that won’t go away. So, here are some of the answers I give people who ask how much a house would cost to build.

If you are to build a house, the most important part is to acquire land. This determines a lot in what it will cost to build. The labour costs and some materials such as bricks, sand, and coarse aggregate (made by hand ones are cheaper), among others, are cheaper in towns far from Kampala. In Kampala, the costs are much more.

A burnt clay brick costs on average Shs 350 in Kampala metropolitan area but about half the price in towns upcountry. In places like Masaka, they make roof trusses, rafters and even purlins using eucalyptus trees straight from the forest.

They just remove the bark and they are good to go. So, a house in a place like that would always be cheaper than in Kampala where we largely use lumbers. The other big issue when it comes to land is the topography or landscape. Is it swampy, flat or hilly? This determines the cost of the foundation. A swampy area, for example, will require a lot of hard-core stones than an area in a flat area.

A hilly area may need grading or cost more to deliver materials there. A flat area may also need a lot of backfilling. Most people may not mention it but murram costs a lot of money and then it has to be compacted.

Once land has been zeroed in on where to build, then there is need to engage the services of an architect who should then work with at least civil and structural engineers to come up with a design of your needs.

What is the size of living spaces and what amenities have been planned? How many bathrooms will the house have? What about a walk-in closet? Many houses in Uganda today are being built with large doors and windows with lots of aesthetics which obviously increase the overall cost of the building.

There is an increased interest in high ceilings so that the house is not only cooler but enable the installation of decorative materials (gypsum ceilings) and lighting such as chandeliers. That would require a bit more money than the standard three-meter-high house.

When it comes to structures, a storied building is much more expensive but also the cost of materials of even the same size is not the same. For example, the cost of a 16-millimeter iron bar entirely depends on a company that made it.

Some companies sell such a bar around Shs 20,000 more than their competitors. The price of a 50kg bag of cement is also not the same. Manufacturers determine the prices differently. When it comes to roofing, it is not the same as well. Even if you are to use iron sheets, the cost varies depending on the gauge and patterns.

So, you could buy iron sheets that look exactly the same but gauge 28 is more expensive than gauge 32. Some iron sheets require rubber washers when being nailed to minimize leaking and that will cost a bit more money. Then finishing. What materials are you using? Ceramic floor tiles or porcelain or marble ones?

The costs are different. Windows and doors? Steel costs less than aluminum profiles. Euro or Greek standard aluminum profiles are more expensive than Dubai or China standard. Even tinted glass costs more than the one known as Clear. The thickness just like in steel matters here too.

So, the best way to have an idea of what your house will cost is by engaging an architect first for the design (ensure he visits the land where you want to build) and then engage quantity surveyors.

The writer is a communication and visibility consultant