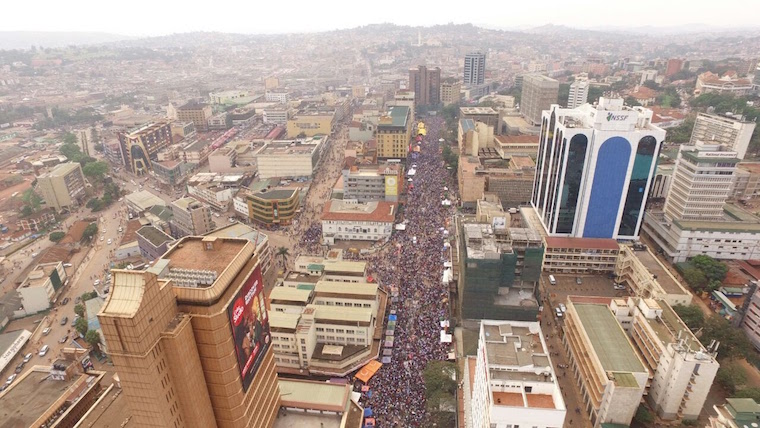 Ramathan Ggoobi, the permanent secretary of the ministry of Finance, has said the government expects to earn at least Shs 145 billion from rental income tax from the Kampala metropolitan area within the financial year 2022/2023. The amount, if collected, would be the highest ever.

At the breakfast meeting with URA officials, Ggoobi added that this is due to the implementation of number of improvements to tax legislation that came into effect on July 1, 2022, as well as the deployment of Uganda Revenue Authority’s (URA) Rental Tax Compliance System (rTCS).

He said rental tax has always been a major source of revenue for the government. However, the tax body estimates that only eight per cent of landlords are actually complying with their rental tax obligations.

URA commissioner general John Musinguzi explained that whereas many Ugandan landlords are earning large amounts of income, many still do not pay taxes. They all demand better services from the few taxes paid by faithful citizens.

Discussing the improvements to tax legislation, Robert Lumanyika, the URA acting Public and Corporate Affairs manager, explains that since July 1, 2022, individual taxpayers who earn income from rentals above the threshold of Shs 2.82 million have been taxed at the rate of 12 per cent of their annual rental income.

In April of this year, URA deployed a new intelligence tool aimed at identifying the non-compliant landlords in Uganda and improving rental income tax collection. The big data platform known as the Rental Tax Compliance System (rTCS) ingests various government data sets, then organizes the data into a coherent visual display that can be readily interpreted and understood by URA’s tax investigators.

The data is scored and sorted by likelihood of tax deficiency, with link graphs to show the relationships between people and properties, and a geospatial display of a landlord’s rental properties on a map.

The DRMS is a five-year medium-term strategy by government to strengthen Uganda’s internal revenue generation capacity to sufficiently meet budgetary expenditures and hence reduce on foreign debt and donor dependency.

The DRMS core objective is to improve tax collection and ultimately increase tax-to-GDP ratio to between 16 per cent and 18 per cent by 2025. The government acknowledges the urgent need to widen the tax base of every tax-paying individual in order to contribute to national development and to reduce Uganda’s dependency on debt.

URA projects by the end of the strategy implementation in 2025, the figure of registered taxpayers will have grown from approximately two million to five million.