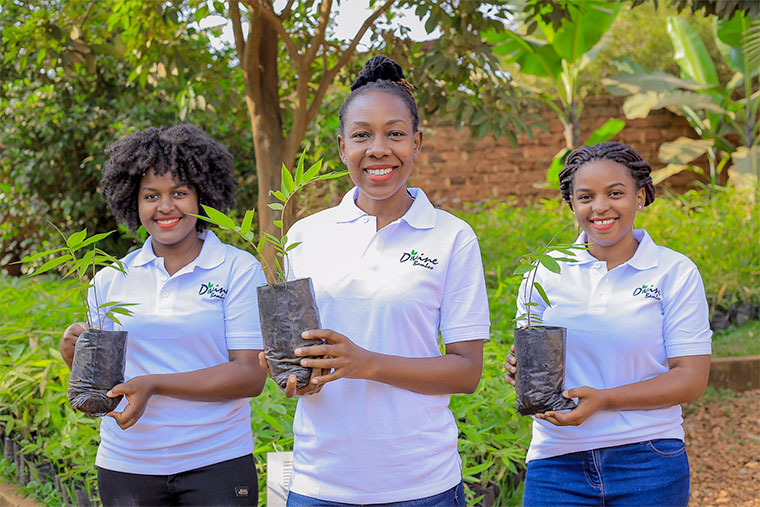 Uganda targets to plant 375,000 hectares of bamboo, as part of the strategies to increase forest cover countrywide.

The National Forestry Authority (NFA), using funds from the Dutch-Sino Program, through the International Centre for Bamboo and Rattan (INBAR), will undertake a 10-year project to raise the profile of bamboo farming. The programme is worth Shs 297 billion of the National Bamboo Development Strategy, implemented by the ministry of Water and Environment.

Langoya said the move is part of the government’s effort to restore the degraded forests. “The country is already implementing the program of forest land restoration where Uganda has committed to restoring 2.5 million hectares of land and 15 per cent of NFA land for restoration should be for bamboo,” he added.

Langoya said Uganda already has two types of bamboo. These are: the highland bamboo found in mountainous regions like on Mt Elgon, Kisoro, Kabale, Mgahinga and Rwenzori areas; and the lowland bamboo mainly found in northern Uganda and West Nile.

Tom Okello Obong, the NFA executive director, said Uganda is picking interest in bamboo upon realization of its social contribution to the economy.

He said that unlike other trees, bamboo can produce over 10,000 products and it is an indigenous crop in Uganda. Bamboo is used in industrial productions such as paper.

In 2017, the World Trade Organization estimated that Uganda might be importing paper worth $300 million. With this, Okello adds that if the country has enough bamboo, they expect investors to establish paper industries and create jobs.

Divine Nabaweesi, the owner of Divine Bamboo Group Limited, is on mission to stop deforestation in Uganda through the promotion of fast-growing local bamboo species to produce clean cooking fuel in the form of bamboo-based briquettes.

“I learned about the numerous uses of bamboo which is indigenous to Uganda and realized that bamboo can be transformed into both charcoal and briquettes that would be an affordable and clean cooking alternative,” she told The Observer.

Nabaweesi says that Divine Bamboo’s briquettes have been tested and proven to have technically competitive heating properties by the Centre for Research in Energy Efficiency. The briquettes also produce less soot and smoke compared to charcoal and firewood, alleviating negative health and respiratory effects.

Since its inception in 2016, Divine Bamboo has become the largest producer of bamboo seedlings in Uganda with a capacity of 400,000 seedlings annually. It has planted approximately 25 hectares of bamboo while working with local farmers and individual tree growers to establish a bamboo briquette value chain.

“We have trained 350 small-scale farmers, mainly women and youth, about the establishment of bamboo plantations and production of bamboo briquettes,” Nabaweesi explains. “We shared knowledge with them on how to grow bamboo as an agro-forestry crop alongside their already existing crops.”

Nabaweesi says that bamboo can grow in any landscape including those that are considered degraded.  It can grow in sandy, stony, and sometimes waterlogged areas.

According to Nabaweesi, the bamboo plant has numerous traditional and modern uses, such as poles, which have excellent properties and can be used for construction, scaffolding, frameworks, and other structural components of buildings.

John Muhaise, an expert in bamboo investment, says challenges in the growing of bamboo are many, such as lack of seedlings, low community awareness of the uses of bamboo and the lack of a bamboo national policy.

Muhaise adds that raising capital for growing of bamboo is a challenge and the government has not yet fully intensified its efforts in commercializing the crop.

0 #1 Joseph Olobo 2022-04-11 11:07
Commendable effort. However, there is there a ready market for bamboos??
Report to administrator
-1 #2 Prof.Dr.Ezekeil Okem 2022-04-14 12:20
as Chairman of Bamboo Equator Africa - under Acad.interfaith Kenya-Swiss-Turk Curatorium -UN Civil Society we as UNGA SDG awarded Pioneers recognise Bamboo as one of the most efficient Biosequestors to tackle the Climate dystopia - looming - Our Pan African franco/anglo Climate Active Organic Farmers Collaborative with ± 4 Million Farmers in 13 African Countries is advised to plant per Farmers at least 9 Bamboo Phylostachys pubescence MOSO for more contact KOAN the focal point for Africa CEO Mr. Eustace Kiarii
Report to administrator
+1 #3 Jeff Bates 2022-04-15 20:11
There's no market for raw bamboo in East Africa so this is a misguided target that will end up with these small holder farmers and private land owners not having a use for their bamboos.
Report to administrator