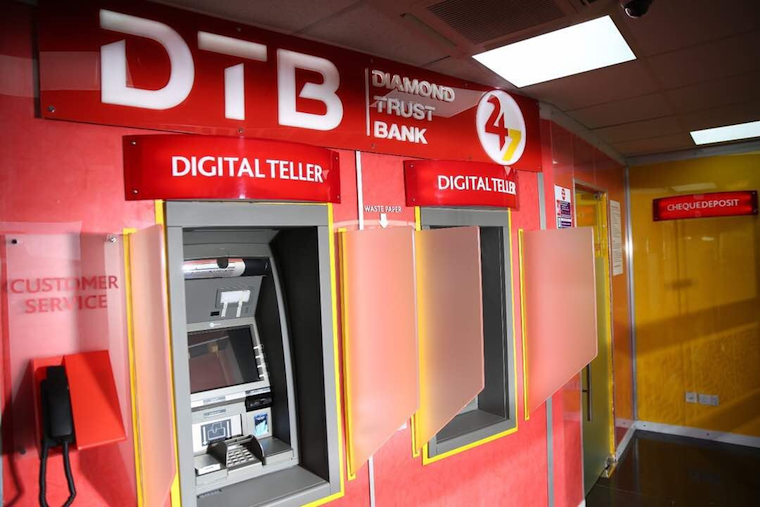 The legal battle between businessman Hamis Kiggundu and Diamond Trust Bank (DTB) has had several twists over the past year, with the latest taking a criminal dimension.

It has sucked in the Directorate of Public Prosecutions (DPP) to investigate alleged fraud by top-level DTB officials during their dealings with Kiggundu, writes Derrick Kiyonga.

In his complaint on oath, Kiggundu alleges an audit of his account by KSK Associates, Certified Public Accountants, revealed that the bank had unlawfully debited Shs 34bn and $23m respectively from his accounts over nine years. This totals to Shs 120bn.

He further says that the bank ignored his request for a full account reconciliation and it is on that premise that he wants court to charge the top-level bank leadership because they had knowledge of the illegal transactions and they bear criminal liability for the approval and concurrence in committing the deception and fraud on his bank accounts.

However, as preparations were being made to charge the four, the magistrate informed Muwema on September 15 that the DPP has taken over the case. It remains unclear whether the DPP will pursue the matter or lose interest and efforts to reach out to Fred Muwema on the development were futile as he didn’t pick our calls.

An official from the DPP office who preferred anonymity said they are studying the file to see whether the four DTB officials can be charged in court. “This is a complex case that involves huge amounts of money and we need more time to scrutinize every detail before making a decision. If we find that the DTB officials have a case to answer, they will be arraigned before court,” she said.

The criminal case is part of the ongoing multi-billion case in which Kiggundu accuses DTB for fraudulently siphoning over Shs 120bn from his accounts without his knowledge or consent.

But whereas the civil case has reached the Supreme court, the criminal case is gaining traction. In May, the Financial Intelligence Authority of Uganda (FIA) questioned Thambi for money laundering during transactions with Kiggundu but are yet to prefer charges against him.

In the ongoing civil suit, Kiggundu wants court to declare that DTB breached the different loan agreements entered into with him between February 16, 2011 and November 16, 2019 when it fully recovered over and above what was due to it through the loan instalments and interest payment deductions.

In its defence, DTB argues that the businessman through his two companies obtained credit facilities from them and provided securities in the form of property to secure the credit facilities.

The bank argues that the facility agreements entered into between the parties are legally binding and enforceable under the law and that the deductions and charges made against the plaintiff’s accounts were in accordance with the credit facilities issued to them.

According to the bank, the businessman’s issuance of notices to it purporting to terminate their bank-customer relationships, it remains liable to settle its payment obligations and fulfil the terms of the mortgage instruments.

All this sets up a protracted legal battle that could have far-reaching impact in the banking sector, especially at a time when several leading businesspersons are suing banks over fraud.

0 #1 Daniel 2021-09-23 17:36
Those look like civil matters, and the civil courts should ably resolve that. The reason for this private prosecution looks to have been to have the public believe Ham. Very unfortunate.

By the way, what will Muwema say if the DPP finds that it should instead be Ham to be criminally charged, and does so?
Report to administrator
0 #2 Mark Mugisha 2021-09-24 10:36
Is it possible that ham has a point? Banks also have become Sharks being agents of property grabbers circling around for vulnerable prey.

The other day Equity bank auctioned Arch Kamya's property for sag after completing transactions in a record two hours; complete agreements, remove caveats and transfer the property in the names of the new buyer in record 2 hours!!. There is no smoke with ought fire think
Report to administrator
0 #3 Wainanchi 2021-09-24 22:36
Ugandans.Stop looting your own country thieves! Shame!!

You are stealing-cheating and robbing your own country and then blaming your own government of bring though on you or underachieving.
Do you have any conscience and love for your country .??

Shame on you Ugandans.Evergday we read about new and new crimes and terror and you always blame your country and Goverment which is trying to make your lives better!!
You are disgrace!
Report to administrator