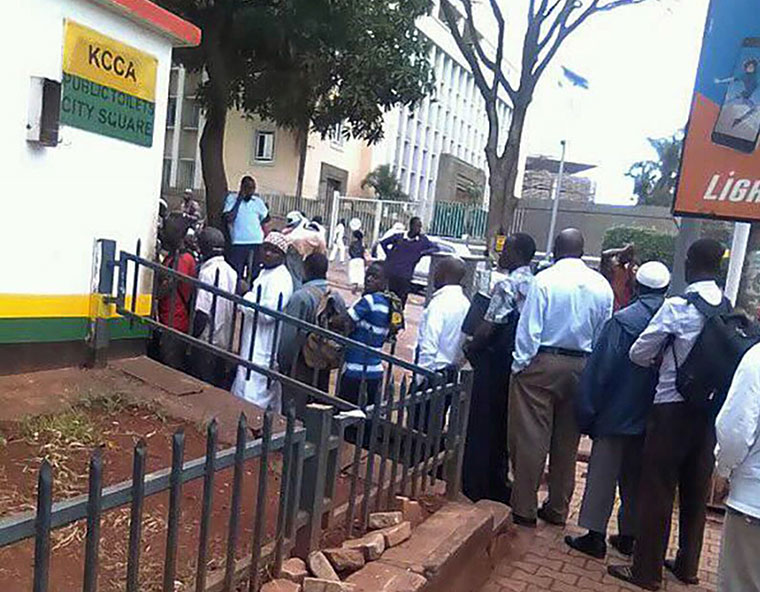 The cabinet of the Republic of Uganda sat and deliberated on an issue that affects the people of Kampala and came up with a solution — property owners should not charge their tenants’ fees to access the toilets.

The tenants, we read in the newspapers, had complained to the minister in charge of the city about it. In most of the buildings in Kampala, access to the toilet is charged a fee ranging from Shs 200 to Shs 600 per use. The traders made calculations and said the fees were too high hence the petition to the cabinet. So concerned, cabinet ruled that property owners should not charge tenants extra fees.

The property owners argued that if they do not charge anything, the toilets won’t be easily cleaned and that they incur a lot of money paying water and sewerage bills. The tenants argue that they pay a lot of money as rent and therefore should not pay toilet fees.

To be honest, there are many people in Kampala with unbecoming toilet behaviour. It is common to find notices in high-end offices urging staff (and visitors) to always leave the toilets clean. I also heard that some people once they are elected into political offices, they are first briefed on how to use a toilet! Toilets seem to be serious business from whatever angle you want to look at it.

If property owners want to charge toilet usage, they can easily increase the rent. Tenants may not pay it directly but they will still pay it. Yet by people paying for toilets directly, it creates an extra few jobs. It also ensures that toilets are kept clean and toilet paper will be used instead of people improvising with all sorts of materials including sharp objects.

I don’t know why toilets are more important than other bills that tenants pay separately such as electricity, water, and even car parking. In fact, tenants lose more money in electricity bills than anything toilets.

Uganda’s real estate sector is very unregulated where everyone charges what they want. The government has mainly done nothing to regulate the sector but was quick to come up with solutions when it came to toilets.

I believe that if Uganda is a free market economy where there is no regulation on rent, there should not be any on toilets. I rather pay a small fee to use a clean toilet than one that is not managed.

I know that it will be hard for property owners to employ people directly to clean toilets. They will simply not care. Imagine toilets without cleaners in high-end offices and imagine those ones in downtown Kampala.

There are very few public toilets in Kampala and given the population growth of the city, there is need for more. The private sector could take this up. According to the 2012 National Population and Housing Census, Kampala’s daytime population stands at four million people. Conservatively, of these, about 30 per cent need public toilets at least once day.

Assuming each person pays the lowest fee of Shs 200 once day, which is a business worth Shs 240m per a day or Shs 1.44bn for a six-day week. The assumption is on Sundays, there are not many people in Kampala. Annually, this sector could bring in Shs 69.1 billion.

Apart from the cost of land, building public toilets is not as expensive as putting up shopping malls. Unlike malls, there would not be lack of ‘tenants.’ In addition, they pay cash. Water would be the highest cost.

Kampala Capital City Authority (KCCA) could lease land to a developer interested at an affordable rate since they would be providing a public good or actually doing what KCCA is supposed to do.

To ensure that the toilet entrepreneur gets their money back, they could install a postpaid system where one inserts a coin or note to gain access to the toilet. Some other people who are in the city always could buy monthly post-paid cards. This would minimize staff access to money.

The revenue streams would not end with daily users. Investments could be made by turning sewage into fertilizers or energy to light up communities. The need for toilets is not just in Kampala. Whenever you drive on highways to major towns, it is common to find a bus with all passengers disembarked urinating by the roadside. Private car owners do the same all the time.

Some entrepreneurs like the one of Jalia City along the Masaka-Kampala highway have invested in such facilities. I hope that Ugandans will use such a facility than looking for a bush to susu like it is today. Others looking for businesses to invest in, toilets could bring in good returns.