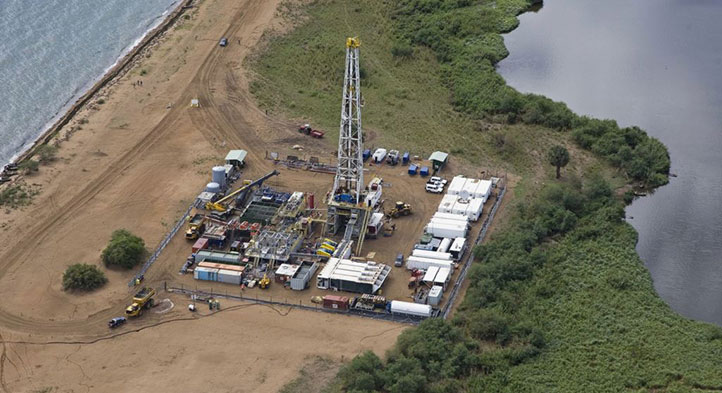 It’s going to be difficult for Tullow Oil to attract a new investor to buy into its Uganda oil fields after negotiations to sell 21.5 per cent of its stake for $900 million to its partners - France’s Total E&P and China’s Cnooc – collapsed late last week.

The failure to complete the deal after more than two and half years of negotiations further delays the oil companies’ plans to sign the much-awaited Final Investment Decision (FID), which is needed to unlock nearly $10 billion for the development of the Tilenga and Kingfisher oil projects, and the East African Crude Oil Pipeline.

Tullow Oil does not have that much money to play a significant role in the development and production stages of Uganda’s oil industry and, therefore, needs to further reduce its current stake.

Tullow Oil, in a statement, says it “will now initiate a new sales process to reduce its 33.33 per cent operated stake in the Lake Albert project,” after the deadline to do a deal with Total and Cnooc expired at the stroke of midnight on August 29. Tullow did not clarify exactly when it will embark on the new sales process, and how it will do it.

Jimmy Mugerwa, the country manager of Tullow Oil Uganda, insists the Lake Albert oil basin remains a “low-cost project” which should bring any investor a good return on investment. Getting in a new investor will be a tricky. For starters, few investors, if any, are willing to strike a deal of this size if oil majors such as Total E&P and Cnooc are against.

Also, Total E&P and Cnooc could exercise their pre-emptive rights of having the first option to buy Tullow Oil’s stake, further delaying the process. Some industry players say the only option is for Tullow Oil to reintroduce the same deal to its partners, Total and Cnooc, with government relaxing its position.

While a number of disagreements have arisen ever since Tullow Oil announced its plan to sell a sizeable stake of its interests in the Albertine graben, nothing has led to a breakdown of relations than the tax element on its farmdown deal.

At the heart of the dispute was the definition of the amount of money that Tullow Oil was to get from the transaction. Tullow Oil announced that out of the $900 million it would get from the sale of 21.5 per cent of its stake, $700 million would be reinvested in the development stage of Uganda’s oil industry as part of its share of the contribution.

Government, on the other hand, looked at the $700 million as an earning and, therefore, imposed a capital gains tax on it. This difference in opinion would stall the negotiations for a while.

On January 18, 2018, Patrick Pouyanne, the chief executive officer of Total E&P, held a closed-door meeting with President Yoweri Museveni. What was resolved in that meeting shed a bright light on the future of Uganda’s oil industry.

Pouyanne said Total E&P would buy a stake in Uganda’s oil refinery, Museveni’s pet project; settle some of the tax that government was slapping on the Tullow farmdown, and complete the signing of the Final Investment Decision (FID) by the middle of 2019. Pouyanne and Museveni agreed to meet quite often to see to it that the FID is signed.

What was seen as a bright prospect turned dark when Uganda stuck to its position of placing a cap on the deductibility of costs for the calculation of corporate income. This amendment came through the Income Tax Act. In a layman’s language, this meant that government was setting a limit at the amount of costs a company would recover before it was considered to be profitable in order to pay tax.

Reconciling the two became rocket science. It is government’s position to stick to the Income Tax Act’s introduction of the cost cap on cost oil, ahead of the PSA, that has left the oil companies peeved.

This essentially means oil companies will pay income tax at the start of oil production when they are still in a loss-making position. On the farm down deal, Total and Cnooc were to inherit about $617 million in cost oil from Tullow Oil. Like earlier noted, Uganda’s government still looked at this money as an earning.

On April 29, Pouyanne flew back to Uganda and had another closed-door meeting with Museveni at State House Entebbe. During this meeting, Pouyanne requested for a tax relief on the cost oil. Government declined. The heated meeting ended with no resolution, souring relations between the two parties.

Total E&P, thereafter, embarked on its plan of laying off work, and postponing some plans. A few weeks later, Cnooc did the same. The industry started undergoing a slow painful death.

On August 29, after numerous extensions to the deadline to complete negotiations, Total E&P pulled the plug on the deal, unravelling all the work that had been done since Jan 2017.

At the current status, all the three companies – Tullow, Total and Cnooc – hold 33.33 per cent of the oil blocks 1, 1A, 2, and the Kingfisher. Tullow Oil has just made a strong oil discovery in Guyana on a well where it is also a partner with Total E&P. Tullow’s main focus is expected to be on its Guyana field.

Uganda’s oil industry needs close to $20 billion to get to the production stage. Tullow Oil does not have that financial war-chest to be part of the consortium. The prospect of Tullow Oil looking for another buyer for its Uganda interest is a lot harder and one that the company is expected to avoid.

With the oil industry completely stuck, only one viable option is left – an executive decision from Museveni to resolve the impasse. And some industry players feel that might happen sooner rather than later.

Meanwhile, on Tuesday Total E&P suspended all activities and tenders on the East Africa Crude Oil Pipeline until further notice. The suspension comes weeks after it started laying off some staff in Uganda. The deadlock over tax and the collapse of the Tullow Oil farm down will bite harder.

After he is gone they will re-negotiate with the next/new regime.

The old corrupt tired M7 is now more of a liability than an assert to Uganda's future development and the rest of the world How would anybody wants to cut any business(or any deal) with an old senile man who can go at anytime? May be only the Chinese?
Report to administrator
0 #3 Mabs 2019-09-06 11:21
Patrick Pouyanne is the CEO of Total ...
Report to administrator
0 #4 Zaitun 2019-09-08 15:01
Bravo! Which oïl deal went wrong?

It is better that way than to see all the money from sale of oïl ends up in the hands of hard core thieves disguised as members of government.

They have stolen everything. At least let the oïl lie underground for tomorrow when we shall have sobber leaders.

Uganda needs to have a new oïl deal with countries that have heart. The two companies that have opted to leave also behave like our despots.

If you do not believe, ask the people of Tchad, Cameroon, Reublic of Congo, and recently what happened in Senegal and you will thank Uganda's stars that would not like to see the country fall in deeper economic chaos!
Report to administrator