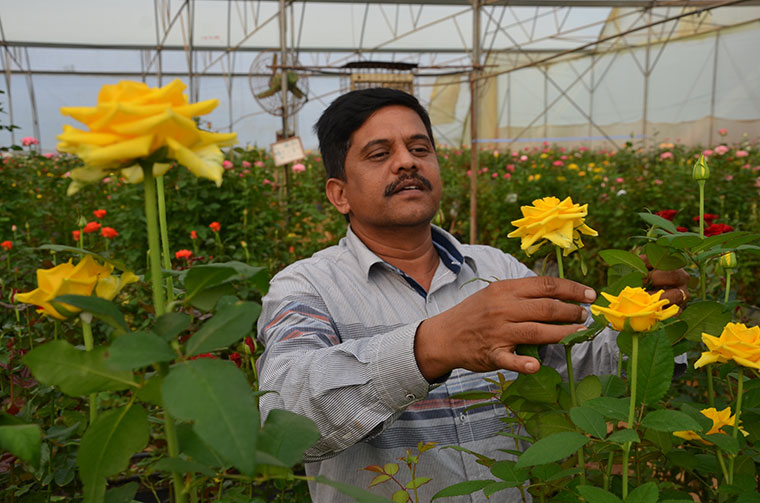 There is a huge appetite for flowers in China

Uganda has now joined her counterparts, Kenya and Ethiopia in supplying flowers to the lucrative and huge China market.

The entry followed numerous trial shipments by Rosebud Ltd, the country's largest exporter of roses, which culminated from its participation in the just concluded China-Africa Economic and Trade Expo held in Hunan and Kunming provinces of China.

“When we presented our flowers to the China market, the first question they asked was how long your flowers stay, what we call the vase life. In Uganda, the vase life is between 12 to 15 days. So, they were impressed with the Ugandan flowers,” the Rosebud Ltd farm manager, Ravi Kumar, said during an exclusive interview with The Observer at the farm in Ssisa sub-county, Wakiso district on July 31.

“China is far, but apparently it is such a huge market and the demand is there. We need a stable market, not just an export market.” Kumar added.

So impressed were the Chinese with the Ugandan flowers, that they used them to decorate the venue where the China-Africa Economic and Trade Expo was held, Finance minister Matia Kasaija recently said at the annual Uganda Bankers Association conference at Serena hotel. China’s only concerns were the quality and sustainability of supply according to Kasaija.

Fluctuation in weather patterns in China, which affects the quality of their roses, is driving demand for flowers from Africa. Unlike China, Uganda’s equatorial climate is favourable for the growth of flowers. For long, Ugandan cut-flowers have been going to Europe, at the Netherlands auction market in Aalsmeer. But the economic woes in the European Union is another factor driving high demand from China.

According to Xinhua news agency, the official state-run press agency of the People’s Republic of China, a total of 84 deals worth $20.8 billion were reached in trade, agriculture and tourism during the three-day exhibition. Kumar said Rosebud is expanding its production capacity to meet the huge demand from China.

“The market is changing and it now demands big head flowers as opposed to small. So, we are changing the variety from small to big. We have now changed 80% of our flowers to the big head and the remaining 20% will also be changed.” Kumar further said.

“We are also increasing our acreage to meet the growing demand.”

Based in Entebbe, Uganda, Rosebud Ltd is the country's largest exporter of roses, commanding around 40% of Uganda's raised export market. The floriculture sector is one of Uganda’s top ten foreign exchange-earners contributing close to $30 million in export revenue.

The sector has grown from a single 2 hectares farm in 1992 to 20 farms. Statistics from Uganda Investment Authority (UIA) show that the sector employs more than 6,000 people, with 80 per cent being female.

The sector produces over 40 varieties mainly – roses (70%), chrysanthemum cuttings (25%) and potted plants (5%). The volumes and value of the flower exports have grown from 3,000 tonnes worth $14.61 million in 2000 to 5,349 tonnes worth an estimated $29 million in 2008. The escalating growth trends in flower exports have positioned Uganda among the top five largest exporters of cut flowers in Africa.

Just an observation in case we don't watch out the "nyangaaus/otingkwaaks" who are exporting these flowers.
Report to administrator