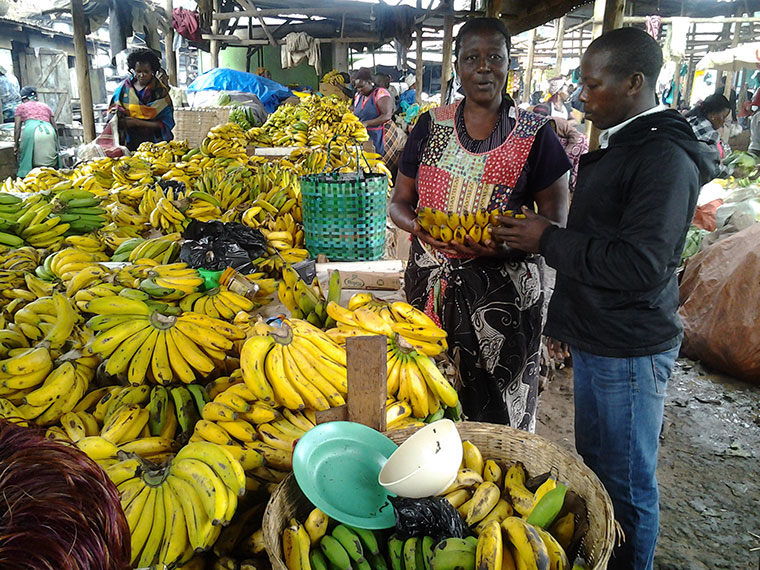 Parliament has passed the Genetic Engineering Regulatory Bill, 2018, formerly known as the National Biotechnology and Bio-safety Bill. The bill seeks to provide a regulatory framework for safe development and application of biotechnology and release of Genetically Modified Organisms (GMOs).
Parliament earlier passed the same bill on October 4, 2017 but President Yoweri Museveni declined to assent to it and sent it back to parliament for review. The president specifically sought clarity on the title, patent rights of indigenous farmers and sanctions for scientists who mix GMOs with indigenous crops and animals.

He said parliament had a duty to protect crops and livestock with unique genetic configuration developed by Ugandans. The president argued that using genetic engineering, one may add an additional quality-such as drought resistance, quick maturing and disease resistance, which he said are ignored by the Bill that talks of giving the monopoly of patent rights to its adder and forgets about the communities that developed the original material.

"This is wrong, yes we appreciate the contribution of the adder but we cannot forget original preservers, developers and multipliers of the original materials. This must be clarified," Museveni said.

Museveni added that to be on the safe side, GMOs seeds should never be randomly mixed with indigenous seeds just in case they turn out to have a problem. He also demanded that parliament clarifies on other aspects of genetic engineering such as setting the boundary of the technology to crops and animals with no crossover to human beings, labelling of GMOs, and the proposal to have genetically modified materials in the irrigated areas of Mobuku.

In its report tabled before parliament on Wednesday, Fred Bwino the chairperson of the parliamentary committee on Science, Technology and Innovation, admitted that the initial Bill had shortfalls and proposed amendments that were adopted by parliament. These included renaming the bill to 'The Genetic Engineering Regulatory Bill, 2018'.

The new Bill also makes the owner of any patent legally responsible for any effects that might result from his creation. Science and Technology minister, Elioda Tumwesigye proposed the amendment in the House chaired by deputy speaker, Jacob Oulanyah.

It also provides for containment of confined field trials in green houses to guarantee separation of indigenous seeds from genetically modified seeds. Human cloning is specifically excluded following fears by the president that "adders" may start cloning humans.

You have committed great crimes against Ugandans and you all need to be shown no mercy. you people in parliament have caused us more suffering than anything.

You have pit us at your mercy. Not all but the majority of MPs, you have brought us untold and immeasurable pain and suffering by endorsing evil laws and bills and passing evil laws and bills like the age limit.
Report to administrator
0 #2 Akot 2018-11-29 20:20
Is this parliament aware that developed countries no longer import food grown through GMO methods & that Bio (naturally grown food) shops are opening so fast in Europe now?

At this rate as Uganda insists on being outsider in today world, even Nile perch we still eat in Europe will soon be boycotted!
Report to administrator
0 #3 Akot 2018-11-29 20:32
Ed, sorry,

I can't read your comments as other articles are sleeping in it!

I don't understand why there are still mps in Uganda when they are so ignorant of what is needed to be done by parliament, for our people!

Where is the bill to help our people with govt. finance to subsidy & modernise ageiculture?

How will Ugnda ever get on feet with the same song for 33 years, with patliament that does not know Education & Agriculture Must be prioritised & made National issues?

Why can't parliament see that Museveni must be impeached or thrown out by UNITY of Ugandans, to give chance to a start for the country & its people?

Why does parliament divert attention from main issues & go for subjects that don't help Ugandans, but sink them further, face to today world that is turning backs/closing doors to GMO?
Report to administrator
0 #4 The Ugandan.... 2018-11-30 01:45
They were bribed by the likes of Monsanto.
Report to administrator