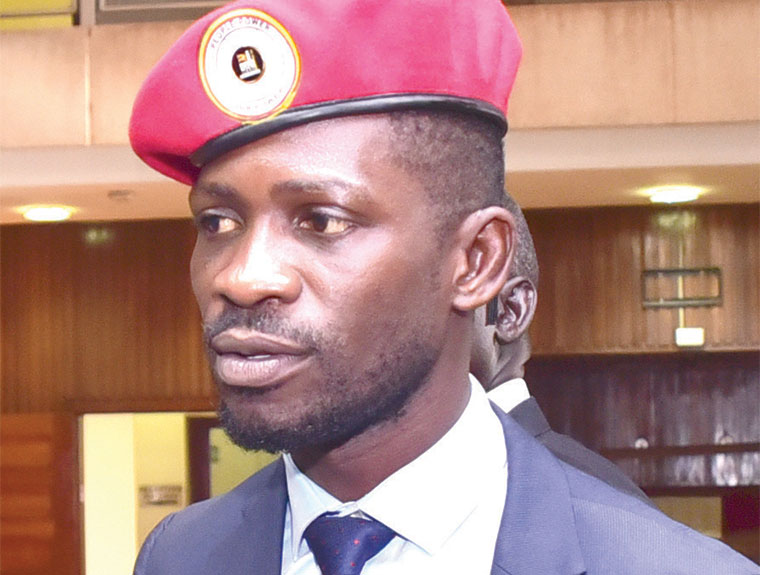 A string of Supreme court election petition rulings in 2001, 2006 and 2016 found that general elections in those respective years that returned Yoweri Kaguta Museveni as president were neither free nor fair.

The harshest of the moral indictments against Museveni’s re-election victories were delivered in 2001 and 2006 by close judgements of 3:2 and 4:3 respectively.

Although he narrowly survived a disfavorable ruling or a repeat election, the judgments contributed to the latest debate among opposition politicians about how difficult it is to unseat a deeply rooted president through the ballot.

No one appreciates this narrative better than FDC founding president, Dr Kizza Besigye, who has contested and lost four times against Museveni. Robert Kyagulanyi Ssentamu aka Bobi Wine, who is fast establishing himself as a sturdy opposition threat to the presidency of Yoweri Museveni, believes he can succeed where his predecessors failed.

With numbers on his side, Bobi Wine believes he can oust the longest-reigning Ugandan president through an election.

Bobi Wine, who gained national traction after a landslide victory in the hotly contested Kyadondo East constituency by-election in 2017 and also helped four other opposition members win equally tough by-elections, is particularly very popular among the youths who he believes have the numerical strength and power to cause change.

He is encouraging them to get National Identification cards, which in essence are the voters’ cards. With a critical mass of voters on his side, the People Power leader is convinced he can remove President Museveni in an election.

In an interview published in The Observer last week, Bobi Wine said he genuinely believes that Museveni will be ousted in the next general in 2021 or 2023 depending on which way the Supreme court rules on the Constitutional Amendment Act of 2017 that extended the tenure of political offices from five to seven years.

“I don’t believe in violence and no right-thinking person believes in violence; democracy is the only way out. I believe we can do it and I believe we are going to do it. If all these Ugandans who support us...register, line up in millions and vote, we shall kick Museveni out of power,” Bobi Wine said.

But not so many people have much faith in Bobi’s strategy. They argue that many candidates before him who were more experienced politically and militarily have been felled by Museveni in elections.

They say unless Bobi Wine and his followers have a counter measure to deal with issues that have stood in the way of former Museveni challengers; the electoral verdict will be the same.

“Museveni has been defeated twice by Besigye and, therefore, can be defeated by Kyagulanyi, Erias Lukwago or Nambooze. But the issue is no longer about getting the biggest number of votes but about looking for mechanisms to make Museveni hand over power. My feeling is that we need to create a critical mass that is assertive enough to cause a situation that will force the Electoral Commission to announce the true winner and also force the army not to intervene,” Betty Nambooze, member of parliament for Mukono municipality says.

Nambooze pretty well understands that winning an election is not enough for the victor to be declared winner. In 2006, she defeated then Mukono North incumbent MP Reverend Peter Bakaluba Mukasa but her victory was upended for three years until the Supreme court ruled that indeed Bakaluba was fraudulently announced winner.

The court ordered a by-election and Nambooze triumphed in 2009. The beauty with by-elections is that all opposition energies are concentrated in one place making it rather hard to cheat them.

But for a general election, Ssemujju Ibrahim Nganda, the Kira municipality MP and chief opposition whip, says forces are split and stretched far too thin, with everyone fighting for his or her own political survival. He says the split makes it very hard for the presidential candidate to beat all the odds and win.

“I have been involved in presidential campaigns at a very high level at least two times; attending all the important meetings that you can think about. With general elections first of all, you are very thin at a national level including, by the way, Museveni. The whole group of MPs and others go to offer themselves and that is primary to them. I know Kyagulanyi and we speak to each other; he has not got that [political] experience including those surrounding him. What many of them are looking for are constituencies; the day campaigns start, they will run away; he will remain alone,” Ssemujju says.

Nambooze suggests that before he is abandoned by his courtiers, Bobi Wine should use this time to preach to Ugandans about the power they hold to determine their destiny.

“An election can only be used as a trigger to a revolution where Ugandans will assert their power and take over. In a situation where all institutions are captured by the state, an election will not be enough to cause change. We can either pick up arms to fight Museveni as he did to Milton Obote in 1981 or we raise a critical mass that will force Museveni to flee out of power not even in 2021 but as soon as we are ready. We, therefore, must go into elections with that in mind, that it is not about elections alone, they should just be used as a rallying point for Ugandans to reclaim their country,” Nambooze says.

Yusuf Serunkuma, a researcher and PhD student at the Makerere University Institute of Social Research, says whoever believes in elections as a means to political change is sleepwalking.

He, however, adds that he doesn’t think Bobi Wine has any illusions about winning an election.

“Bobi Wine is using that as a trick to keep him out of jail, he has to tell us something to hang on to as he carries on with his activism. If he says Ugandans should defy elections, then he will be thrown in jail; but to keep within the public eye and still sound sensible, he has to tell us about elections as any other form of changing government he would think of, like activism, will be a direct ticket to Luzira prison. The best way to continue carrying on his activism is by saying things that are politically correct that cannot be used against him,” Serunkuma says.

But won’t this conflicting message confuse the people more? Another researcher at the same Makerere Institute of Social Research, Fredrick Guweddeko, believes so. Unlike Serunkuma, Guweddeko advises Kyagulanyi to take the risk and tell the country and Museveni what awaits him if he refuses to hand over power peacefully.

“What Bobi Wine doesn’t know is that the thing called elections isn’t something to joke with. For the sake of Europe, it can change people who are in office but cannot change the system and policies and for Africa and Asia it changes absolutely nothing. If he sees a problem in the current dispensation, then the solution is not within that dispensation but outside it. He must understand that if he wants to remove these people from government, he can only do so through a revolution, not elections; he should confront the forces that are keeping this establishment in place.”

Guweddeko’s thoughts about revolutions are not idle opinions; they are anchored in in his history because he did clandestine military work for the National Resistance Army; the precursor to the Uganda People’s Defence Forces.

For Dr Sam Kazibwe, a journalism and communication lecturer at the Uganda Christian University and senior researcher at the Central Broadcasting Service radio, ruling out an electoral victory might be playing in Museveni’s hands. Although Kazibwe admits that practically it is hard for anybody to claim he can win an election in Uganda but nonetheless miracles happen.

“We have seen near-abnormal things happening on the African continent. Those of us who have been to The Gambia during the tenure of President Yahya Jammeh can tell you how ruthless he was but he was defeated in an election he organized himself. It was also unthinkable that at one time Edwardo de Santos of Angola would ever hand over power; miracles like these happen although they are really very rare and far apart.” Kazibwe argues.

Ssemujju also has very little trust in elections but remains an eternal optimist. He says a day is too long in politics; anything can happen.

“The good thing is that in this business you bank on many other factors. For example, Museveni won the war not because he had accumulated a lot of arms but just by the intervention of God after the death of [Maj Gen] Oyite Ojok, which demoralized many Uganda National Liberation Army officers who were marching to finish him off. The only advantage Museveni has over us is the military and the military equipment; the day we shall attract part of that equipment and get people carrying them on our side, there will be no Museveni even before elections.”

ELECTIONS THE ONLY WAY OUT

There are others like Busiro East MP Medard Lubega Sseggona and his Bugiri municipality counterpart Asuman Basalirwa who say despite the obvious hurdles in the electoral process, they believe it still remains the only avenue of changing government.

“Votes can change the current regime…I believe in the saying; try and fail but never fail to try. Generations to come will blame us for not trying but no person will blame you for trying and failing and it’s what we shall do. Those with a different option can proceed with it but for us it’s what we shall opt for. There are very many problems associated with our electoral process but it’s the only mechanism I believe in to change government,” Sseggona says.

Can these problems Sseggona is talking about be outmanoeuvred? Is the opposition doing enough to outmanoeuvre them? What will Museveni’s reaction be? Can a miracle happen to upset the balance of power?

Can the people Bobi Wine is banking on to cause an electoral victory be capable of the task? The answers to these questions are not yet known but what is quite clear is that 2021 or 2023 is billed to be a turning point in the political history of Uganda on many fronts. If Museveni wins another five or seven years, he will have made four decades as president; a feat he alone will or would ever achieve. If Bobi Wine wins; he will go down in the annals of history as the first musician without any political or military experience to win the presidency. It will also mark the first time a government is changed through an election and not the barrel of the gun like it has been in the eight times Uganda has changed government.