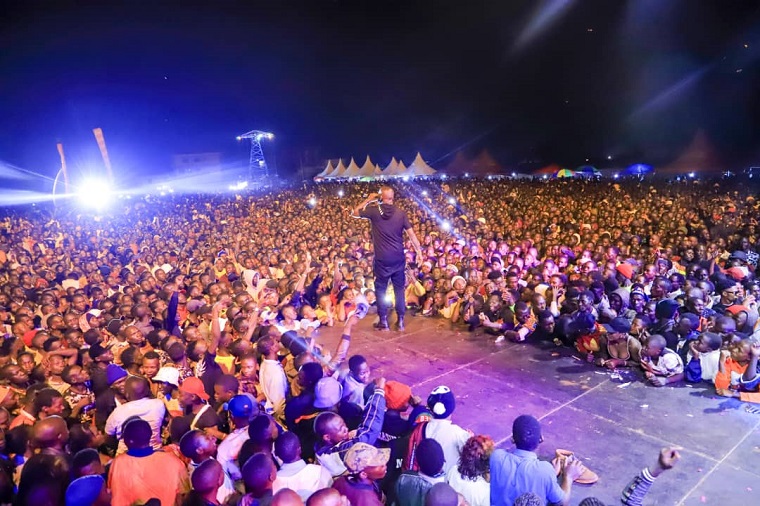 The voting patterns in Uganda’s urban centres suggest that Uganda’s urbanites are not contented with the status quo of our social, political and economic structure.

Across all elections in the last 20 years, the number of votes against the current government has been steadily increasing in almost all the urban centres. Because of the aforementioned voting pattern, any shrewd businessperson or anyone venturing in anything that can be sensitive to politics may want to steer clear of politics or anything related to it - to avoid state wrath, harsh public opinion or both.

But there seems to be an interesting observation to make: urbanites appear to be so angry at the state and anyone who is perceived to associate with it. However, it seems their anger doesn’t spring from a deep part of their hearts; their anger is fleeting!

Out of rage in the moment, many Kampalans on social media and Kampala streets threatened to boycott music shows of the artistes that appeared in the Tubonga Naawe song. But from what has transpired in the period that has intervened from 2016 to 2023, it seems when Ugandans threatened to boycott, they meant something starkly different from boycotting - they probably meant its direct opposite.

Juliana Kanyomozi has, in the very recent past, had a successful show at Serena hotel that was priced at a record ticket-fee of Shs 150,000 for ordinary revellers. Chameleone held a music concert dubbed Legend Saba Saba in 2018 at Lugogo Cricket oval and it sold out.

He is already mobilising for another one, Gwanga Mujje, and there’s almost no doubt that it will succeed. Rema Namakula had a successful show at Hotel Africana after the 2016 elections and she is still one of the most booked musicians to sing at people’s weddings.

Wilson Bugembe’s congregation has steadily grown and he has found it important to expand his church on the funding of the congregants. Eddy Kenzo, who is perceived to be a friend of the state, had a mega show towards the end of 2022 with an estimated audience of 50,000 revellers at Kololo ceremonial grounds.

The perception that Eddy Kenzo is a friend of the state was reinforced by the attendance of the prime minister, Robinah Nabbanja, Tamale Mirundi and other people who identified as fans of the son’s president, Muhoozi Kainerugaba.

Urbanites in Uganda and most especially Kampalans have really proved that working with or for the state isn’t as sacrilegious as they portray or want us to believe. If you can still maintain the quality of your work, Ugandans will pay for your services or goods - your relationship with the state notwithstanding.

And I think the state should now be able to see through the lies of the people it hires when they (the hired people) claim that their association with the National Resistance Movement affected (or affects) their popularity and income springs.

Chances are good that the lamenting artistes or comedians or whatever were already having their careers on an exponential decline or stagnant before working with and for the NRM government. Why haven’t Ugandans boycotted the brands of

But if we are to ponder, what is in the readiness of Ugandans to forgive people who work with and for the state they claim to hate so much?

My supposition is that before crucifying friends of the state, Ugandans project their values onto the people they want to judge and find that they, too, would serve the state if an opportunity arose. So, it’s very possible that Kampalans attack friends of the state in Uganda just because they aren’t the beneficiaries. In other words, their anger is rooted in envy, not in principle.

And it could be the same thing with corruption. Ugandans castigate the corrupt but if given an opportunity, most of them would perpetrate corruption without any form of moral or intellectual restraint.