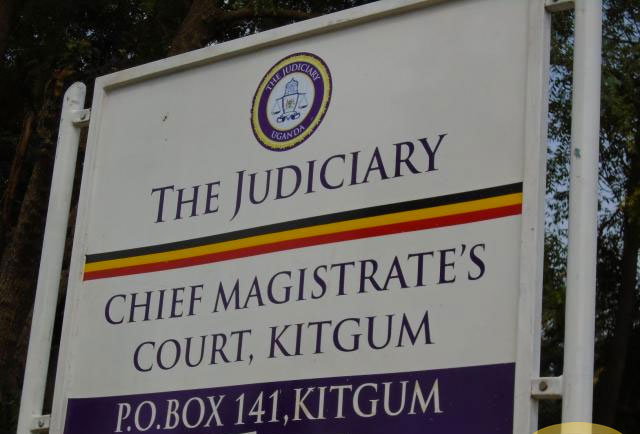 On effective justice system is essential for the administration of justice as it promotes access to justice even to the marginalized sector of society.

The Judiciary has in the last three years significantly increased on a number of judicial officers, specifically those serving the lower bench (magistrate courts). As at the end of 2022, the judiciary had 339 magistrates. This number is, however, still low given the population of Uganda, which is estimated at 46 million.

Several magistrate courts have been established countrywide and this is a positive step in administration of justice. The judiciary continues to recruit magistrates on a yearly basis, which is a welcome effort. The problem that has not effectively been dealt with for so long, though, is the revision of the civil jurisdiction of magistrates, specifically, the pecuniary jurisdiction in civil matters.

The implication of all the above statistics is simple. The country’s economy and population have substantially grown from 2007 when we last had an amendment on the civil jurisdiction of Magistrates under the Magistrates Act to date. This alone necessitates a revision of the Act.

The evidence on ground is worse. A court like Nansana Grade One magistrate court usually hears only criminal matters, as few civil matters can be filed at the court given the pecuniary jurisdiction of Magistrate Grade one, which is Shs 20 million.

Most of the disputes in Ugandan courts are land-related and the value of land in Kampala city and its neighbouring suburbs, that is, Wakiso, Mukono, Mpigi, even other cities outside Kampala, for example, Mbarara, Masaka and Mbale, among others, is extremely high and the cases there can hardly be filed in a magistrate court, thus creating a backlog in the high court.

Revising the jurisdiction of magistrate courts, coupled with the increase in a number of magistrates countrywide will reduce the backlog in the High court. Another challenge that needs urgent address is the transfer of files from several High court divisions or circuits to the newly-created Luweero High court circuit.

The operationalisation of Luweero high court circuit, together with others, that is, Hoima, Iganga, Moroto, Rukungiri and Tororo is a welcome and positive effort towards administration of justice by decongesting the high court circuits, and automatically reducing the backlog within those courts.

The unrealistic attribute is in respect of Luweero High court circuit. This court has only one judge. It has, however, inherited files from different High court circuits and divisions. It has received files from Land division, Family division and perhaps other divisions like Civil or Criminal are yet to either transfer or have already transferred files to the said circuit.

Land division alone houses about eight judges; Civil division about five judges and Family division about four judges. Transferring several files from all these circuits, with a relatively fair number of judges to one circuit, currently housed by one judge is creating more backlog and impending access to justice.

A phased transfer of files to Luweero High court circuit to avoid creating a backlog in a newly established circuit is ideal. As the judiciary works on deployment of more judges to the circuit, which may take more time, self-help avenues need to be implemented.

Cases towards conclusion, or even partly heard, ought to remain in the respective courts they were as the issue of manpower is addressed at Luweero. A certain number of files ought to be transferred in a given financial year than transferring a large volume of files to one judge who is currently overwhelmed.

The infrastructure and office space at Luwero is another concern at Luwero High court circuit. The attorney general, parliament, judiciary, ministry of Justice and Constitutional Affairs, Uganda Law Reform Commission and Uganda Law Society should work with other stakeholders to address these issues to promote and enhance access to justice.

The author is head, department of Law Reporting, Research and Law Reform, LDC and, an advocate of Courts of Judicature in Uganda.

I cant agree more that the pecuniary jurisdiction of a grade 2 Magistrate should be increased to 10M, a Grade 1 Magistrate to 50M while a chief Magistrate should handle matters up to 100M. We ought to trust their abilities, if they blunder, the aggrieved party is at liberty to appeal
Report to administrator