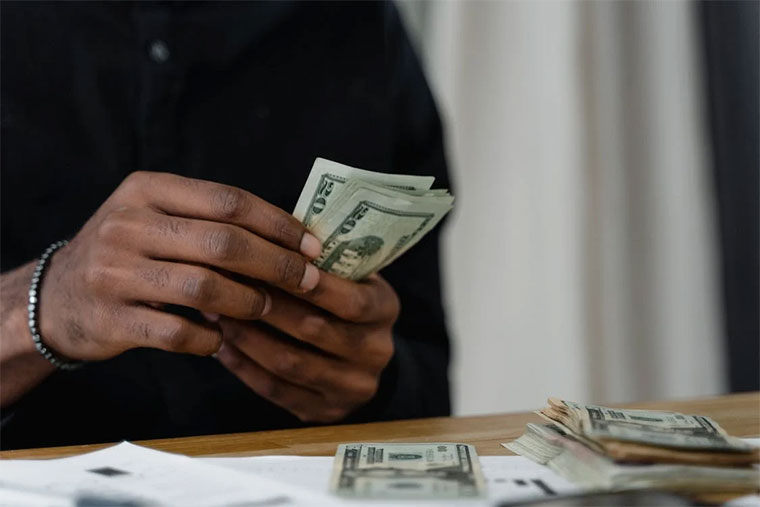 The question of what exactly motivates human beings is perhaps as old as humanity itself, but never conclusively answered.

We have described ourselves as rational beings, and have added that it is this quality that essentially differentiates us from other animals.

Knowing all that human beings have done on this planet, sometimes you wonder whether by rationality we mean the capacity to critically think through things in order to imagine, create, and inform our lives. Of course we have transformed the face of planet earth with architectural and artistic marvels that can’t exclusively be attributed to instinct.

We have made several technological innovations to make our life here more convenient and longer. The ant constructs a sophisticated anthill, but it will not create any design outside what it has always been – hence our idea that the design was implanted into the being of the ant such that it has no option but to build that particular kind all through time.

The same applies to bird nests; no bird comes up with a new nest design. However, all our creations notwithstanding, our capacity for self-destruction has been on display for ages. We have knowingly exposed ourselves to danger. We have pursued senseless wars with so much destruction.

While we may love, our hatred for each other sometimes surpasses that of cats and dogs. At times we hate each other for no reason apart from the fact that we look different from each other. I imagine that our selfishness amazes other animals, sending them into wondering why we think of ourselves as rational, and them not.

The phenomenon of human selfishness has been a subject of philosophical speculation for years. I think that some of our initiatives to mitigate inequalities have failed because we rarely find need to explain more fundamental questions about human beings.

Some philosophers have explained selfishness as an instinctive drive going hand in hand with our prime duty of self-preservation. That we are prewired to be selfish for the sake of survival. It has been projected as one of the reasons as to why government emerged, as a collective commitment to regulate the wider pitfalls of selfishness.

Thomas Hobbes, for instance, speculates that before government emerged, it was a society of ‘each against all’ where life was ‘nasty, brutish, poor, solitary, and short’. Everyone lived in constant fear of a violent death. Hobbes was rather pessimistic. For humans are capable of love too.

Yet, for other philosophers, such as Ayn Rand, even acts of love are motivated by a sort of selfishness that may only seem pleasant because it benefits others. We love because it gives us pleasure and satisfaction.

Well, if we may admit that there is a selfish element engrained within our nature, then it is an instinct that has to be regulated by reason - just as other instincts like anger, fear, desire for food and sex can and should be regulated. That a thing is natural is not in itself a justification for its appropriateness.

While some have argued that it is the selfish drive that motivates human creativity, innovation, and hard work, we also know too well that unregulated selfishness ultimately becomes a threat to society. For as long as we live in a society, there ought to be measures to tame our selfish drives that would send us into things like rape, theft, cheating, murder, exploitation of others, torture, and so on.

The Stoic philosopher of ancient Rome, Lucius Seneca, concluded much earlier that “for greed all nature is too little”.

Think of many of the problems bedevilling our country today. You will always find greed either on the surface or underneath. Many of the people stealing money meant for health, education, roads, and so on are not really needy.

As a habit, everything that greed helps us to collect only becomes incentive for collecting more and more. That is why I do not think that increasing salaries as such is a solution to corruption. You get shocked to learn how much property the thieving people already have.

They will want to build themselves a house, then a better house, then a palace, then a hotel, and another, then apartments, set up a farm, then a bigger farm, and a ranch. They will accumulate cattle and goats, first as an investment, and later as objects of prestige or competition with peers.

While it is natural and progressive to always aim higher, greed is a vicious extreme that ends up enslaving its bearer. Little wonder that people accumulate things that end up killing them with exhaustion and pressure. It is said that a glutton is one that digs his grave with his teeth. No greedy person ever gets satisfied or contented when there is more to amass, even if by exploiting others who can barely meet their needs.

As a slave, a greedy person doesn’t even have time to ask themselves what they are accumulating for – if they really need it all. Their lives and imagination get trapped in impulsive pursuit for things, until death puts them to rest. And we gather to see their bodies off into a little hole in the ground, clothed in curses.

What has changed is the objects we hunt for or gather. We are largely still hunters and gatherers. What is your game? What do you gather?
Report to administrator
12