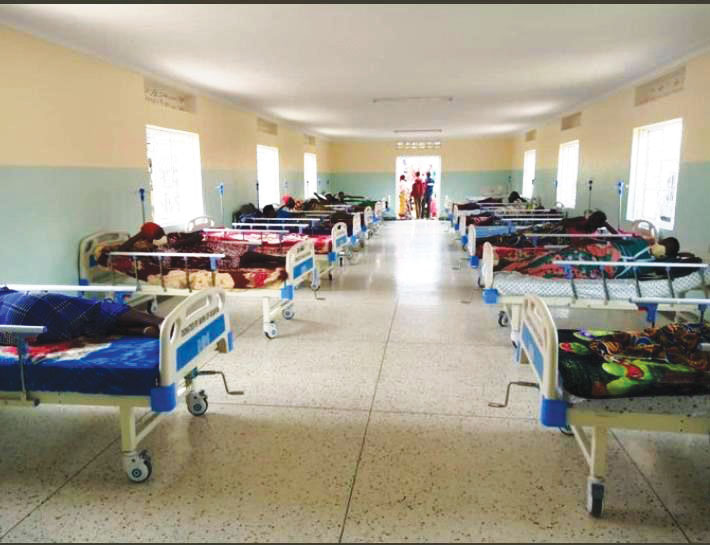 While President Museveni was launching the NMS pharmaceutical warehouse in Kajjansi, off Entebbe road, in November 2022, he made a statement on drug theft which should have woken us up and worked towards zero theft of government medicines.

The president said drugs bought by Ugandan taxpayers were on sale in the DRC and South Sudan open markets. These drugs are stolen by people known to many of us, but how come we don’t report these people in this racket?

Amidst tight budgets, the government has consistently offered the health sector a big vote out of every budget for as long as I can remember. And there are results you can see including CT scans in every regional referral hospitals following the Covid-19 outbreak.

However, what has continued to disturb the government is the conduct or misconduct of staff in public health facilities. Some people down the health chain have failed this goodwill. Drug theft is not a new phenomenon. There used to be excuses that health officials stole drugs since they were poorly paid.

Now, they are among the best-paid professionals - why then aren’t they countering drug thefts in their respective places?

Technology-powered systems have been put in place, particularly by the NMS, but these can only control thefts up to the Health facility door-step. The crime syndicates still beat the current systems after deliveries. In improved reporting tools and reporting officials, it is easy to monitor health workers, who they have seen, diagnostics taken and drug dispensed to patients.

We thank the National Drug Authority and State House Health Monitoring Unit who continue to make it difficult for Government of Uganda drugs to be sold openly in Uganda, but when criminals have the audacity to ship them out of the country, we still have a lot of work to do.

WHAT NEEDS TO BE DONE?

Whoever swindles drugs from hospitals is not just unprofessional, they are thieves and enemies of the people of Uganda.

1. Health workers should learn that stealing drugs is against their very own Hippocratic Oath. Without health workers of integrity, we shall continue to grapple with the problem.

2. MPs need to come out with stringent laws against stealing medical supplies by amending the NDA law. It should be as dangerous to steal medical supplies just like it is to steal from military stores. Drugs are about lives. If you steal drugs, that should become a capital offence.

3. We also have problems with the court system. If one is found with stolen medical supplies, judges should deny these people bail. But that should be initiated from parliament.

4. The ministry of Health should invest in computerized healthcare systems, whereby recording is done at the health unit but reconciliation can be supervised at different locations in real time.

RDCs have been fortunate to have a Minister who has sufficiently offered guidelines on monitoring government programs in their respective districts.

The minister for the Presidency, Milly Babalanda, and Hajji Yunus Kakande, the permanent secretary in the same ministry, offer regular memos on service delivery and have brought on board agencies to support RDCs to do this work such as the State House Anti-Corruption Unit, IGG, ISO, DPP, Manifesto Implementation Unit, among others.

That is why numerous arrests have been made for civil servants who abuse office or siphon taxpayers’ funds. We however get frustrated with the court system which lets many off the hook or delays in the prosecution process. RDCs have been at the center of identifying these problems in service delivery, and continue engaging local leaders and grass root communities on dangers of corruption including drug thefts.

An empowered population can effectively stop this vice. RDCs in all parts of the country are under instruction from the Office of the President to reign in on these parasitic tendencies.

The management of these stores is the responsibility of inventory management officers who are posted by the Accountant General.

Main stores receives a requisition from the users including the wards, theatres and satellite pharmacies. The items are received by the ward in-charges, theatre in-charges plus pharmacists / dispensers / nursing staff in charge of dispensing pharmacies.

Pharmacies dispense only medicines which constitute 35 - 40% of the budget for health commodities. Sundries, which comprise 60 - 65% of the budget, are controlled by nursing officers at the point of care.

If bulk quantities of supplies are stolen, what is the most probable mechanism through which this is happening considering the centers of responsibility in the supply chain?
It is irresponsible to generally blame health workers (medical officers, pharmacists and nurses) for the theft..
Report to administrator