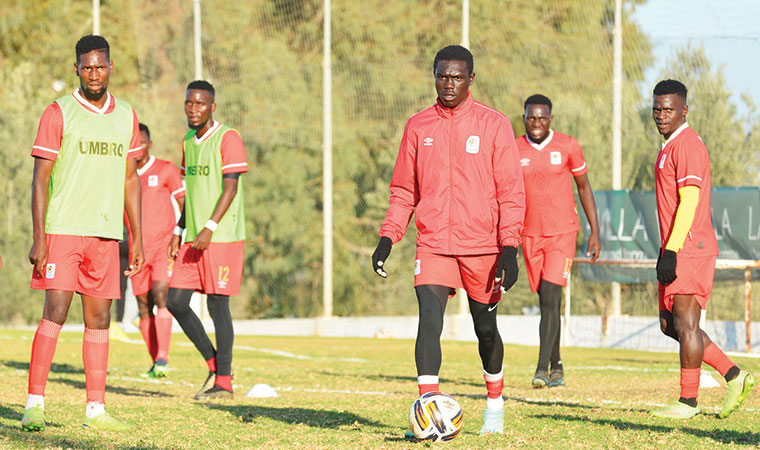 Uganda Cranes players train in Sousse, Tunisia where they camp for eleven days in their final preparations for the Chan Finals due to kick off in Algeria ahead of their Chan game last week

When the first African Nations Championship (Chan) was held in 2011, the belief was that it would provide exposure for African-based players to suitors in Europe and Asia.

There was a feeling that Africa possesses a huge pool of raw talent that does not get international recognition, and a stage was set up to have them showcase their skills. Indeed, many top African teams used to field mostly Europe-based players at the Nations Cup, something that had become redundant.

So, this was a golden chance for qualified nations to showcase the best of their domestic leagues. Personally, I had high hopes for Fufa to provide a springboard for Ugandan players’ quest for Europe.

Over the years, however, it has been proven that Fufa never really understood the tournament ethos and instead regarded it as a form of keeping up appearances. In other words, Fufa has continued to view the tournament as an avenue to show Uganda’s might in the sub-Saharan region while at the same time producing meek performances at the grand stage.

This can best be described by the fact that no country in Chan history has qualified for the tournament more than Uganda. In fact, we share that unique record of six appearances with DR Congo. Ordinarily, this would be a major milestone to celebrate for Fufa. After all, Nigeria, the country with most players in Europe, has only qualified for Chan three times.

But, as they say, the devil is in the detail. In qualifying for all those six Chan tournaments, The Cranes have never faced a team above its Fifa ranking. In other words, we have become accustomed to defeating the likes of South Sudan, Rwanda, Burundi, Eritrea and Djibouti.

Now picture this; Uganda has never qualified out of the group stage at Chan! On the other hand, DR Congo has already won the tournament twice. One may wonder; are we just unlucky?

We are not. We just lack a longtime strategy for the game. For example, we are enduring the worst level of league competition, a league where no player has even managed 10 goals at the halfway stage.

Matters are not helped by the fact that The Cranes squad is dominated by players whose career curves are already in negative. So, whereas the north and west African countries use the tournament to groom future stars, we instead use our stagnated players to hope for the best.

So, to assume Uganda has a chance to impress at Chan is daydreaming. Chan was ordinarily supposed to be an audition to The Cranes but the reverse is true. Chan has become an avenue for players seeking to rebuild Cranes careers and this does not bode well with the development of the game where Fufa is more interested in the results than in the progress.

So, whereas I can only wish Uganda the best, the approach of seeking to be seen among the big boys is only sinking us into abyss.