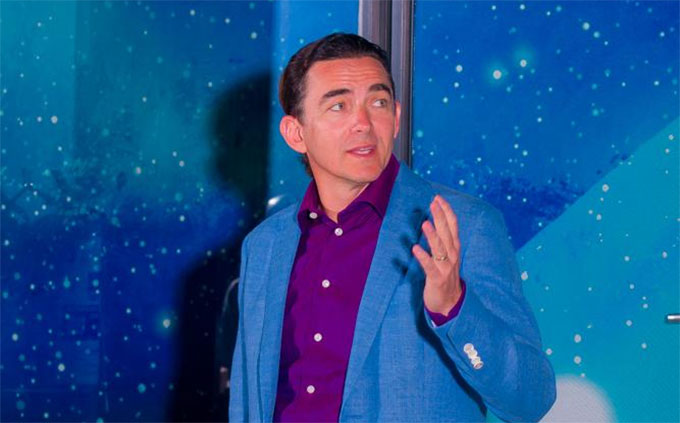 Kenneth Sharpe is one of Zimbabwe’s most innovative business tycoons who has beyond all odds proved that you make it despite your background and your location.

Widely known as Ken, Sharpe is an award-winning real estate and property development entrepreneur who has been involved in over 100 different businesses and owned more than 50 companies including 20 partnerships in his career since he was 17.

With that profile and experience, Uganda can pick some things to learn from this man who chose not to run away from deteriorating Zimbabwe but to rebuild it.

It started in 1994 when Ken was 21, what seemed to be a basic life goal to own 5 properties in different countries so that he could live in one with his family and rent out the others, turned out into a bigger dream as time went by and today, Ken dreams to sink one billion bricks by 2050.

This big dream has inspired projects like Millennium Heights, Pomona City, The Mall of Zimbabwe which is going to be one of the biggest shopping malls in Africa, and his ultimate vision to bring Dubai to Zimbabwe.

It’s never too late for education

Having dropped out of school at 17 to pursue business, Ken decided to enrol for a Harvard Business School degree and in June 2022, he got his Harvard degree becoming an alumnus of the prestigious institution at 49. Ken did not get carried away with the success and massive respect he has in the corporate world hence showing the importance of education.

In his 1 billion bricks by 2050 vision to rebuild Zimbabwe, Ken aims to achieve this with the people of Zimbabwe, he believes Zimbabwe’s best resource is its own people. With what he calls Economic Emancipation Pro-Opportunity, he is always driving towards providing opportunities to people so that they can be empowered financially.

Ken's innovation has produced amazing ideas, unique product design and strategic thinking, this is evident when you look at the kind of projects his company West Properties Zimbabwe launched. Ken was the first Zimbabwean to be named Forbes Africa CEO of the year and has become one of African property developers to construct smart property infrastructure with green and solar technology.

Projects like Pomona City which is also a smart city project, Warren Hills Golf Club, Millennium Heights are marvels of innovative projects that are shaping the image of Zimbabwe.

You can make it anywhere

In a country swamped with economic challenges, record-breaking inflation statistics and decades of an unstable currency system, Ken has proved that you don’t need to be in the best economic environment to make an impact and launch massive projects. Over the years, he has become one of the few entrepreneurs who have made it in Zimbabwe.

God and family above everything

If you listen to every interview that Ken has featured, he won’t miss his love for God and his family. Ken has been married to his teenage sweetheart for 29 years now and they have 2 children, these are the most important people in his life. With his love for God, Ken believes allowing God to lead him has been a great key to his success.

Ugandans MUST wake up, unless they have made it their birth right & duty to destroy themselves & country for good!

Besides restricted areas in Kampala, Entebbe, Jinja, which other part of Uganda & surbubs have good housing/buildings, roads?

Besides tribal leaders, ministers, mps & the rich, how many Ugandans live in real houses with power, running water, money for school fees...?

Even Iranian women woke up & are fighting to be treated as humans! Let's hope they NEVER give up until their selfstyled gods destroying, humiliating, treating them as rags...are out of power!

Fight for Liberty, Independence... take place right in the countries people want change & chance in & not outside!

But powerless tribally divided ruled Ugandans are doing everything to ensure they are slaves of migrant Museveni & the zone formed by their tribal lands belong to the migrant family!
Report to administrator
0 #3 Akot 2023-01-17 18:01
Ken Sharpe,

Zimbabweans MUST look to the future & give the next generation chance to a better tomorrow!
Report to administrator