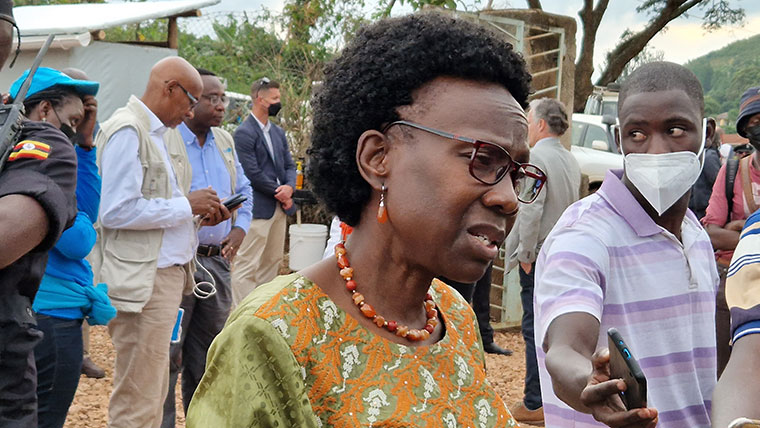 Being an entity saddled with guaranteeing our public health, one would have thought that effective communication is one of the fortes of the ministry of Health!

Either they are deliberately misinforming the public about the true dangers of the Ebola virus, or they are simply incapable of effective communication! First, they tell the world, they need Shs 85 billion to contain the disease.

The minister of Health, Dr Ruth Aceng pleaded with donors to surrender this money. To the donors, this seemed like a gravy train scheme. They refused to release the money and instead channelled it through some non-government organizations (NGOs).

The trust between them is diminished. Donors have discovered that a large portion of their contributions made during the COVID-19 crisis did not reach the intended recipients. The entire ministry is relying on a begging bowl to fight a health disaster! At that time, the outbreak was only reported in Mubende and Kassanda.

Then multiple threats and justifications for the lockdown started pilfering through the media. Unfortunately, the media has not done its job. Some sections of the media have become activists for lockdowns and willing conveyors of information released by ministry officials.

The ministry of Education, at the urging of health experts, has ordered all schools to close by November 25, 2022! Reason: they want to contain the spread of Ebola. But the same government health experts allowed thousands to congregate and participate in the MTN marathon! Ebola is not an airborne disease. It can be contracted through contact with bodily fluids such as blood and sweat.

The runners sweated, and some of them fell from exhaustion. Some of them were picked up by colleagues with bare hands and no gloves. None of these runners were subjected to any confirmation test for Ebola! Should we conclude that the ministry of Health has just foreshadowed a national disaster during this marathon?

The health experts did not foresee the danger of letting sweating runners mingle, but they are eager to predict a disaster if they allowed families to mingle during the festive season. The same alert health experts who are touting the national lockdown allowed Eddie Kenzo to host a concert in Lugogo.

Dancers, too, sweat profusely. Perhaps, this continued campaign for a lockdown is intended to jolt donors into releasing money. The government has not issued a travel advisory restricting foreigners from coming to Uganda! Why?

It is because they know the true extent of the disease and would not like to turn Uganda into a pariah country. This is not the first time Ebola has hit Uganda. We have had it before, it was contained successfully without a lockdown and with minimal death. It also took less time to deal with. What happened to those time-tested approaches deployed in the past? Uganda deserves better.